In Module 2, we learned that in geography landscapes are defined as the combination of environmental and human phenomena that coexist together in a particular place on Earth's surface. Urban areas are some of the most striking examples of human-environment landscapes. They involve the highest levels of human activity and are often heavily shaped by environmental factors. 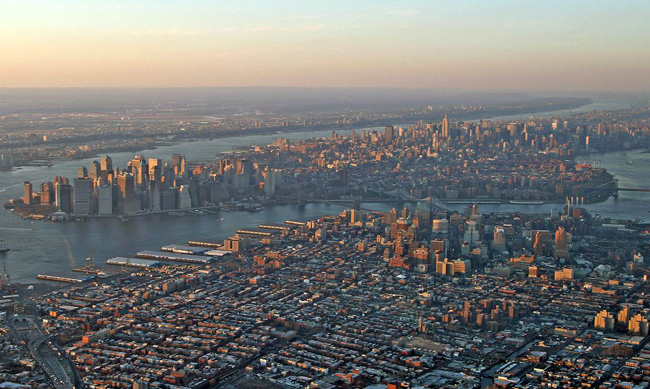 New York Harbor is one of the best natural ports in the world. Ships of all sizes can enter a space largely free from oceanic turbulence and dock along a remarkably long total length of coast. New York City emerged as an important port town in colonial times and remains a shipping center to this day, as can be seen from the rectangular shipping facilities protruding out into the rivers in various places. As the island located in the center of the navigable space, Manhattan emerged as the center of development within what is now the New York City metropolitan area.

There are other great harbors along the eastern coast of the United States, such as Boston Harbor and Baltimore Harbor: 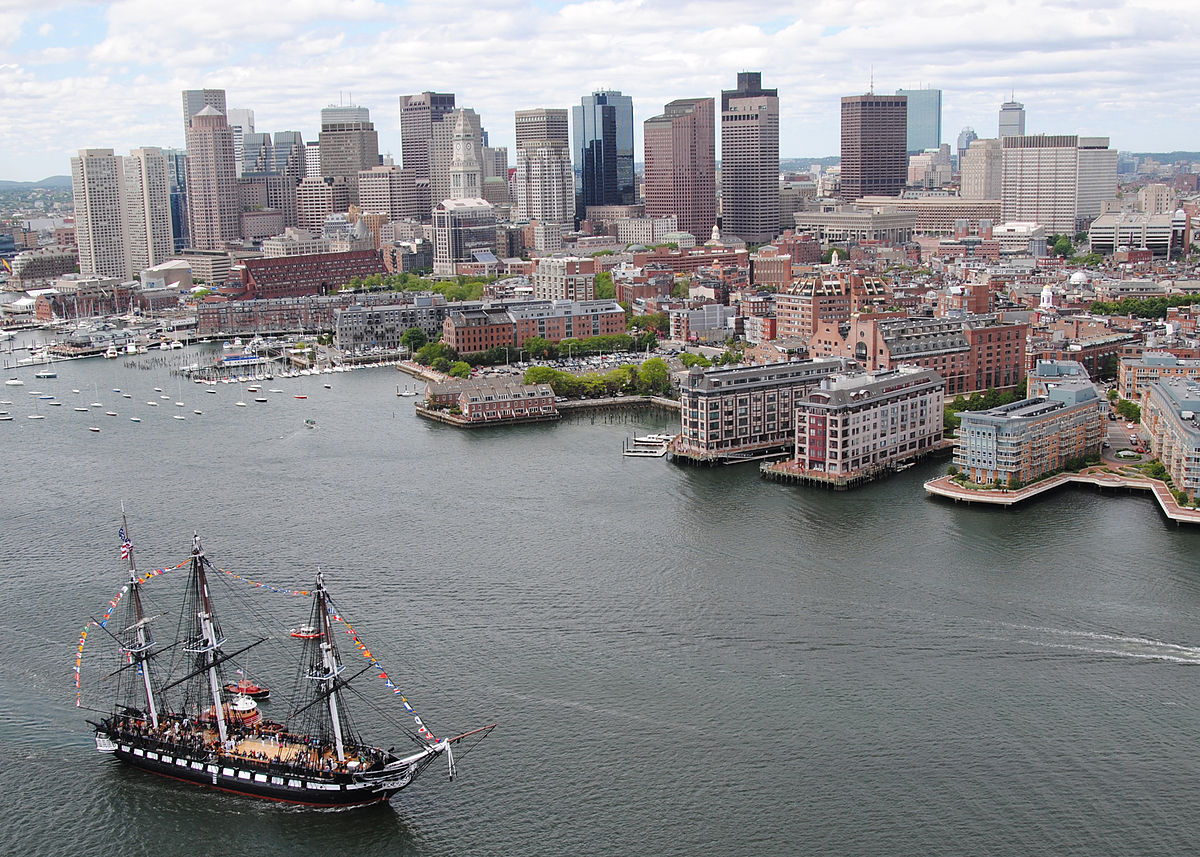 It is no coincidence that all three of these excellent natural harbors became major US cities. Their environmental advantages over other locations initiated development that persists to this day. There is an environmental explanation for why New York ended up becoming the largest city in the United States instead of Boston or Baltimore. To see it, we need to observe the environment at a broader scale. Take a close look at the eastern part of this topographic map (Figure 7.4), and be sure to "Click to Enlarge East Coast": 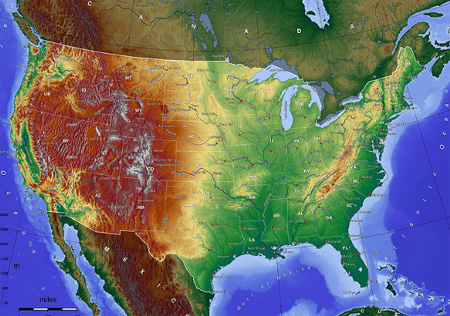 Note the Appalachian Mountains running continuously from Georgia through Maine (and beyond into Canada) with one major exception: the route from New York City north along the Hudson to Albany and then west between the Catskills in southeastern New York and the Adirondacks in northern New York. The Hudson is a very wide river and remains navigable through Albany. In the 1800s, the Erie Canal was built in the corridor between the Catskills and Adirondacks. This connected the east coast with the Great Lakes and, in turn, the interior of the country. New York City thus became the center of trade between the US interior and the rest of the world. As the interior grew in importance, so did New York.

Many other important world cities emerged because their excellent natural harbors were used for ports. Here are some examples. 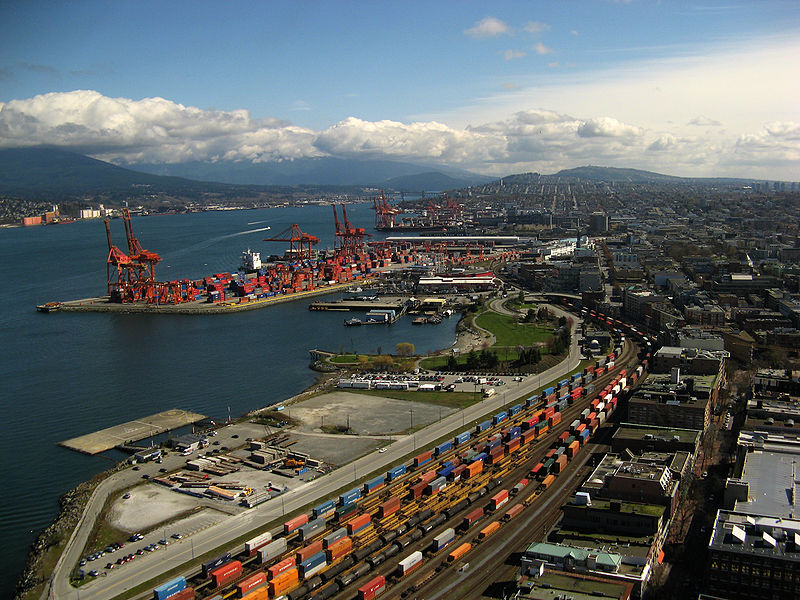 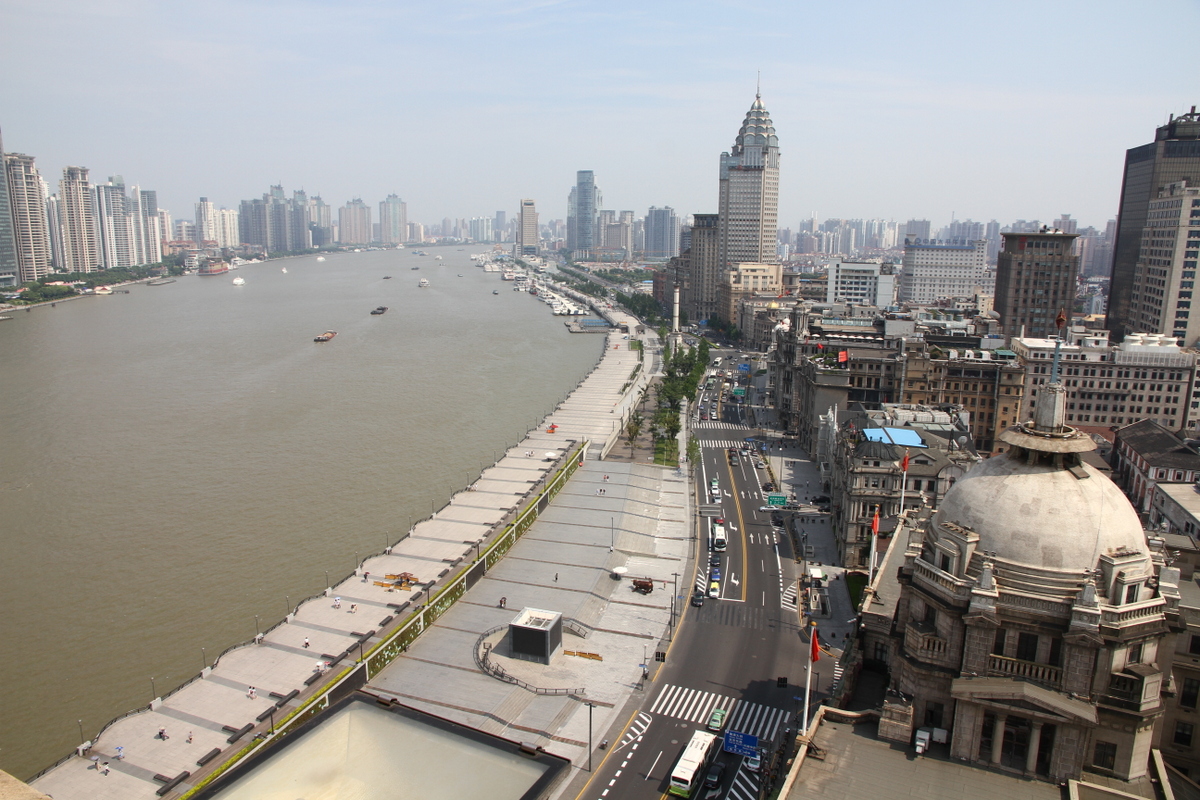 Figure 7.6 The Bund (a famous waterfront)
Credit: The Bund by Clayton Tang from at Wikipedia is licensed under (CC BY-SA 3.0) 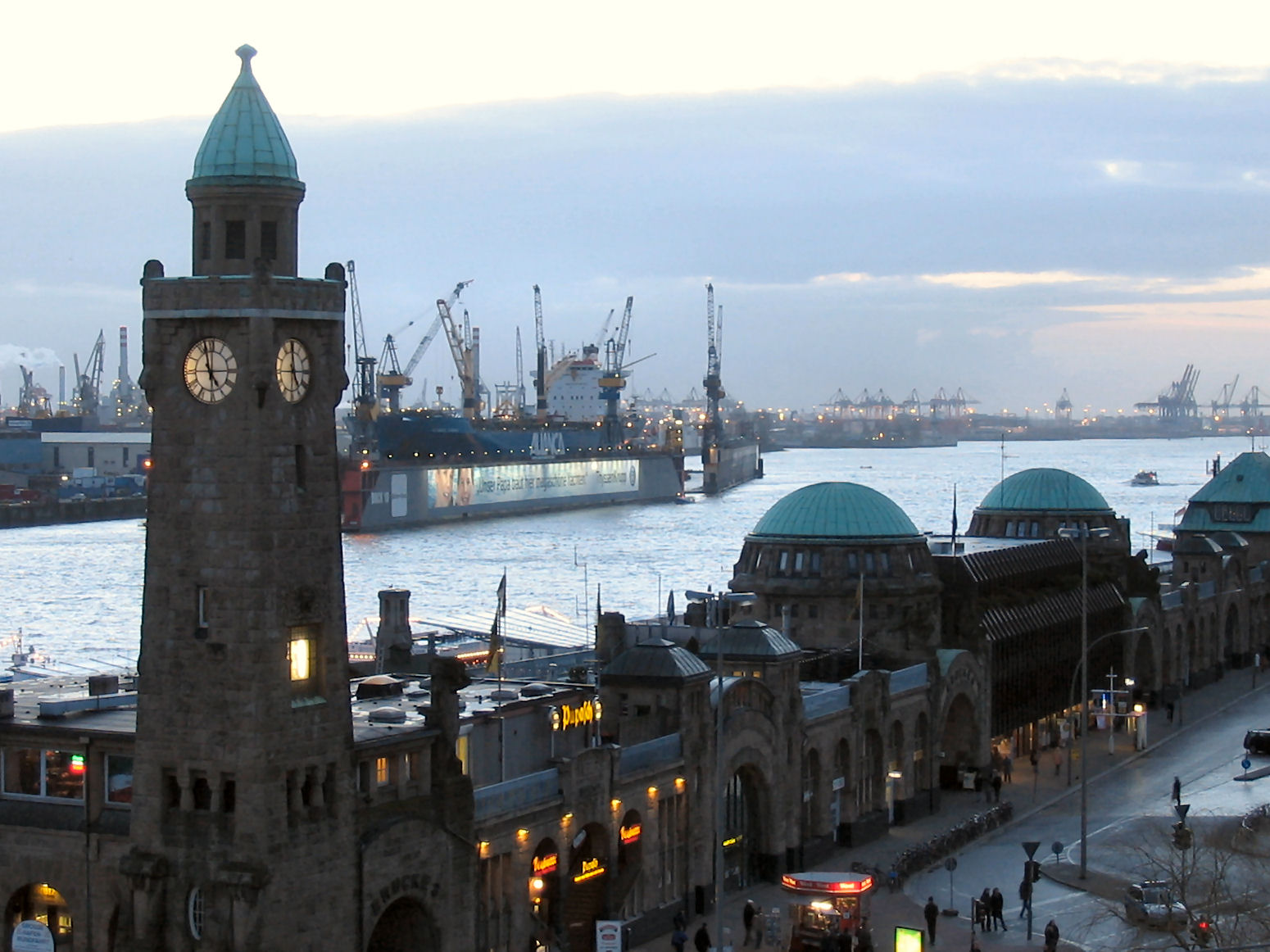 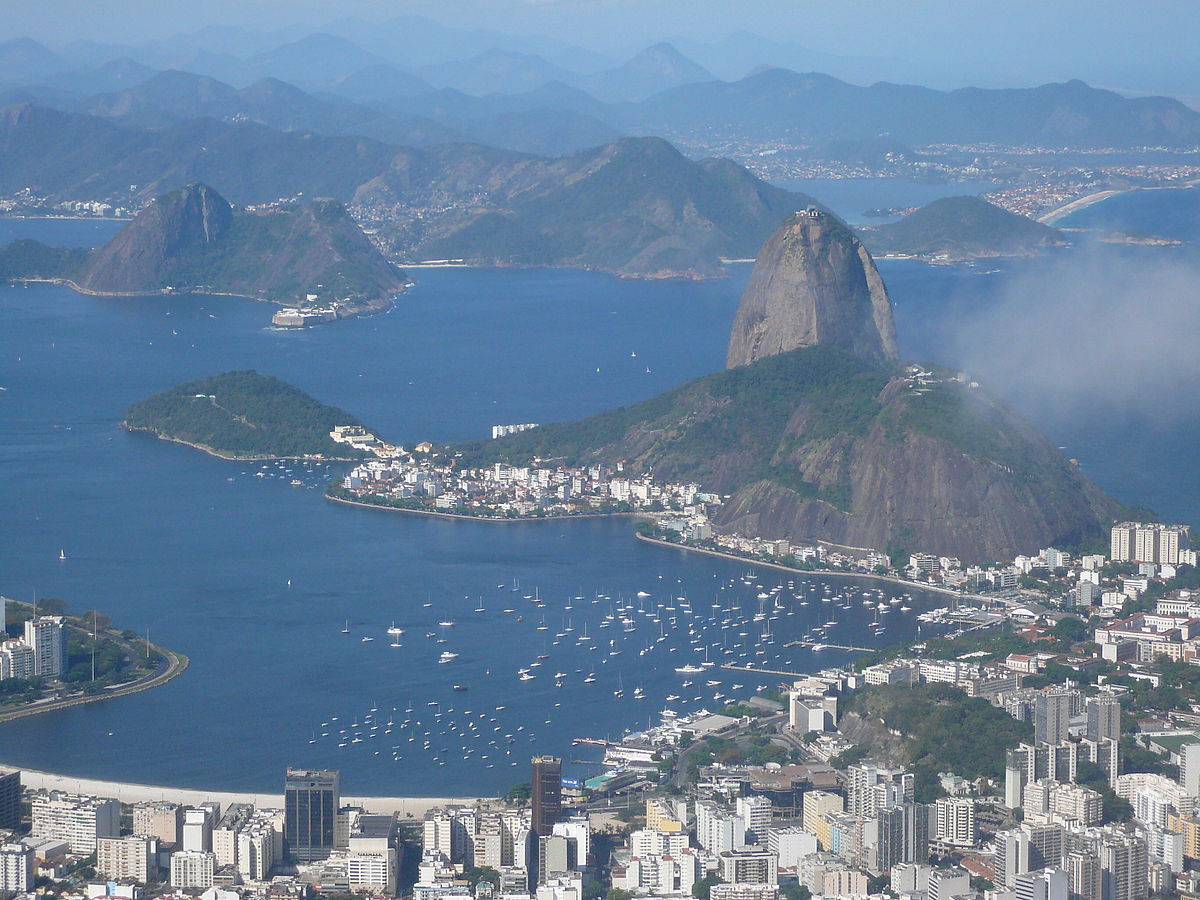 Rio de Janeiro has one of the most spectacular urban landscapes in the world. Figure 7.8 shows a beachfront lined with tall buildings at the mouth of the Guanabara Bay. The Atlantic Ocean is just to the right of the image. The large, steep mountain in the middle is Sugarloaf Mountain (Portuguese: Pão de Açúcar). Rio de Janeiro was founded by the Portuguese and became an important port for trade with Brazil’s interior. Figure 7.9 offers another view of the city: 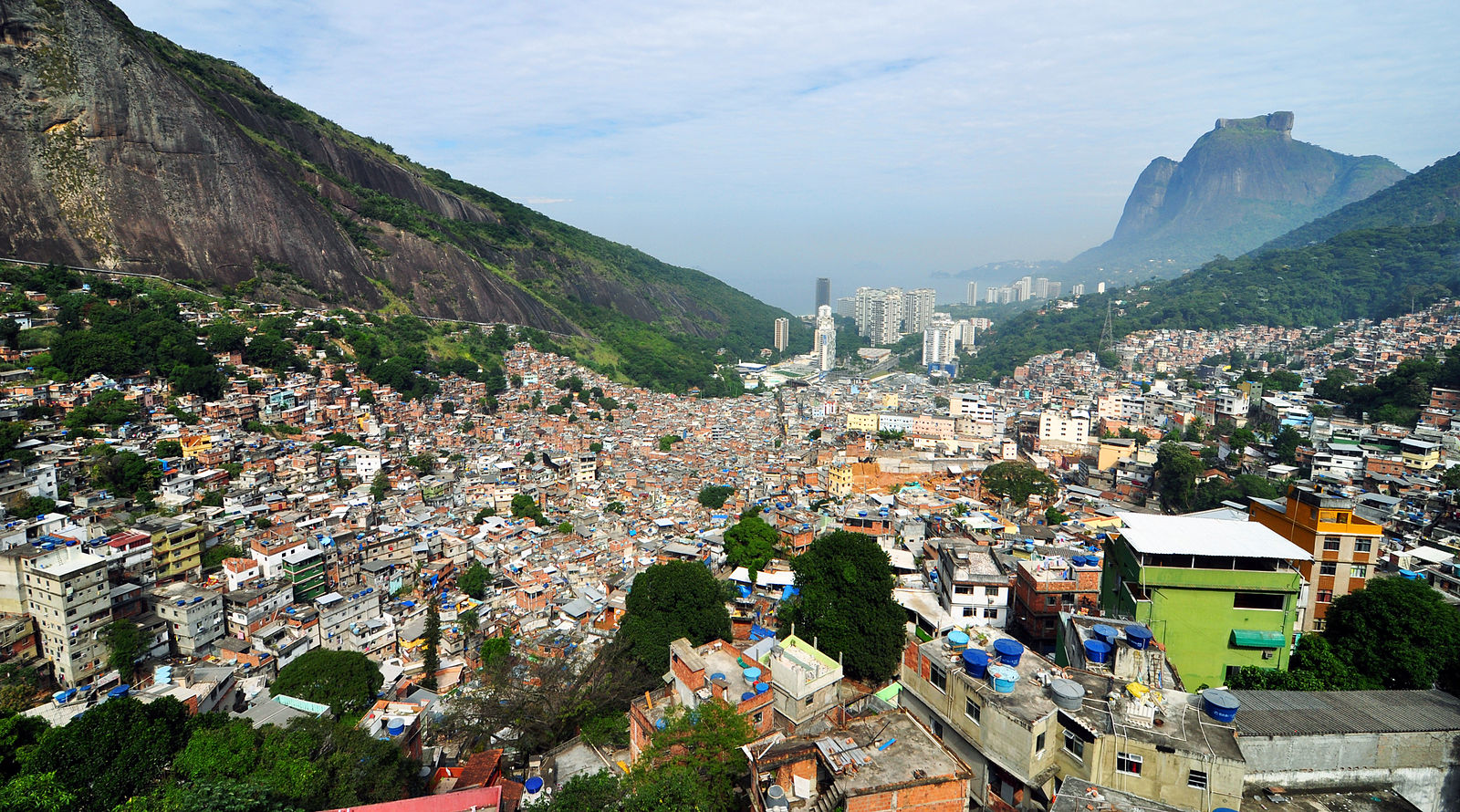 This image looks towards the Atlantic coast. It shows several mountains and some tall buildings along the coast. In the foreground is a dense collection of smaller buildings draping a hillside. This hillside area is Rocinha, the largest favela (slum) in Rio de Janeiro and one of the largest in the world. Slums are often located on hillsides where building conditions are weaker and access to the center city is worse. If you look carefully at Figure 7.9 (zoom in on the full-size image of Rocinha), you’ll see many buildings in Rocinha in which the upper floors are architecturally different than the lower floors. These upper floors are simply tacked on top of the lower floors in an ad hoc fashion. All this renders Rocinha and other hillside favelas vulnerable to mudslides. The favela mudslides in Rio de Janeiro raise environmental justice issues similar to those discussed in the Module 5 section on development's downsides.

Another urban landscape heavily defined by water is Venice, Italy. Venice is noteworthy for being entirely car-free. All travel is via either walking or boats. 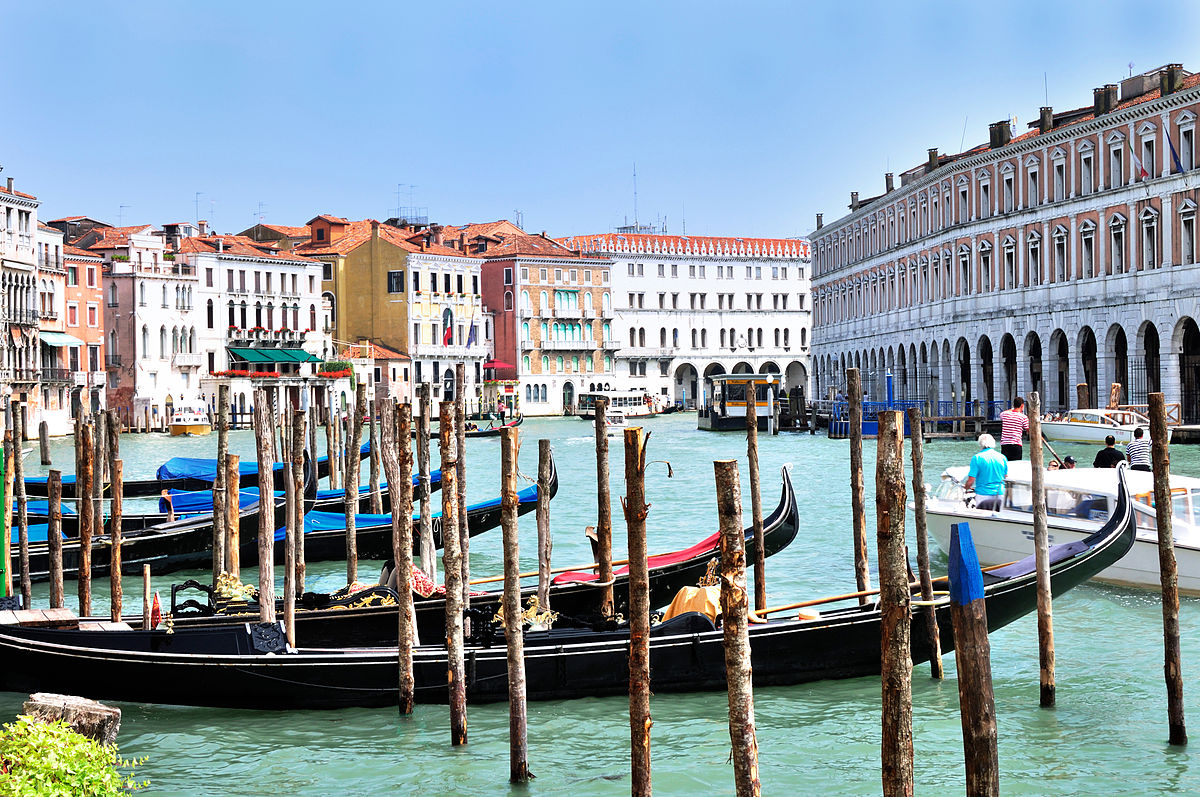 Urban landscapes may appear to be dominated by human activity. As the images in this page show, the environment is often a major factor in urban form. For example, the locations of natural harbors affect where major port cities end up. But human factors still play major roles. The human role is especially vivid in cities that were built from scratch in order to serve as a political capital, including Washington in the United States, Brasilia in Brazil, Abuja in Nigeria, Canberra in Australia, and Islamabad in Pakistan. These cities emerged as they did largely for social reasons instead of environmental reasons. For example, the location for Washington was chosen to be between the political north and south. When examining an urban landscape, it is important to consider both environmental and social factors and to recognize that cities are parts of human-environment systems.

For the remainder of this module, we’ll focus on a few aspects of cities that are of great importance to sustainability.