The Ugly Side of Urban Design

“Urban segregation is not a frozen status quo, but rather a ceaseless social war in which the state intervenes regularly in the name of “progress,” “beautification” and even “social justice for the poor” to redraw spatial boundaries to the advantage of landowners, foreign investors, elite homeowners, and middle-class commuters” (Mike Davis, 2006, Planet of the Slums, p. 98)

Many of the ways that cities have been planned contribute to inequities such as educational quality and occupational opportunity. Well-known federal policies such as redlining and Jim Crow laws may no longer be legal, but the effects of these segregationist practices endure in cities today, impacting various dimensions of life including access to quality education, economic prospects, and good health. And while these overtly racist policies no longer exist, other less-obvious practices still contribute to differential access to resources, the built environment, and social opportunities within cities and their suburbs. As you read the following material, consider the cities you know and think about the different opportunities that residents might have based on where they live within those cities. Social inequalities in metropolitan areas stem from past as well as continuing practices that determine where and what types of roadways and transit opportunities are implemented or improved, assign specific uses (e.g. industrial, commercial, or single family or multi-family residential) to certain neighborhoods, and where parks and greenways get built or streetscapes maintained.

From the time of reconstruction after the U.S. Civil War until 1968, Jim Crow Laws in the Southern United States enforced racial segregation in places such as parks, public transit, and schools, among many other places. While Jim Crow laws were enacted in Southern states, residential covenants in other states kept people of color from moving into certain neighborhoods. For example, in Minneapolis one of the city’s first segregated residential areas stated that residences “shall not at any time be conveyed, mortgaged, or leased to any person or persons of Chinese, Japanese, Moorish, Turkish, Negro, Mongolian, or African blood or descent.”

Beginning in the 1930s, the U.S. government, through the Home Owners Loan Corp (HOLC), the Federal Housing Administration (FHA), and the Veterans Administration (VA), created color-coded maps for every metropolitan area in the United States. These maps divided cities into areas based on the risk of making loans and assigned colors for risk, with red being “hazardous.” Areas where African-Americans lived were systematically marked red and deemed too risky to insure for mortgages. Additionally, the FHA openly argued in their Underwriting Manual that racial groups should not be integrated, even stating that highways would serve as a good barrier for keeping white and Black communities separated.

Legacies of exclusion still persist from Jim Crow Laws, racially-based covenants, and redlining. These practices of the past continue to impact opportunities for people of color of today. Please watch this short, seven-minute video on housing segregation and some of the impacts past policies have on access to resources today.

Redlining, racially-based covenants, and Jim Crow laws may no longer be legal means of segregation, however, less obvious strategies of exclusion persist in urban and suburban environments today. The design of cities and the built environment determines how residents can use and benefit from the city. Some factors that contribute to who lives where include the presence of sidewalks, access to public transportation, or even residential restrictions allowing only single-family homes to be built in certain areas. These less obvious forms of segregation impact who can access certain places based on car ownership or economic factors. Highways are also a tool used as a physical barrier separating neighborhoods by race or class. Using urban design and the built environment as tools to regulate public behavior and activities are not limited to the United States.

In the 1850s, Emperor Napoleon III hired Georges-Eugène Haussmann to build grand boulevards through Paris’ most densely populated neighborhoods. In an effort to eradicate squalor and improve the health and appearance of Paris, Haussmann widened many of Paris’ streets and created a uniform design for the exterior of buildings. Today we think of these large, grand streets and the unique architecture of the center of Paris as emblematic of the city, but Haussmann also argued that his strategies prevented civil unrest and armed uprisings in Paris’ dark, crowded center-city. The wide streets would enable the military to easily navigate through the city, preventing Paris’ tightly built quarters from easily erecting barricades and serving as fortifications in uprisings. There may have been a military argument to these design changes, but the main effects of Paris’ widened streets decreased population density, increased rents, and forced low-income residents to relocate to outer suburbs. 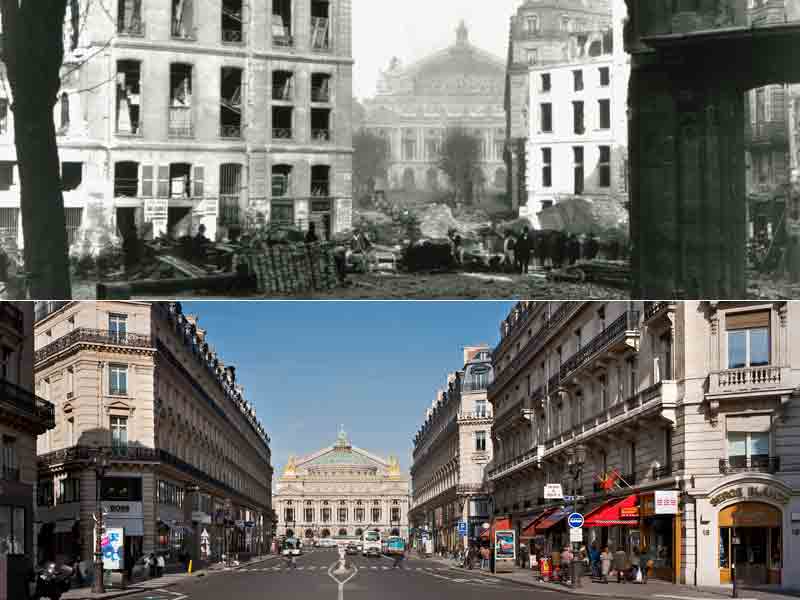 Just as Haussmann shaped contemporary Paris, Robert Moses is credited with shaping New York City’s built environment. One of Moses’ greatest critics, the historian Lewis Mumford, wrote, “In the twentieth century, the influence of Robert Moses on the cities of America was greater than that of any other person.” Moses pushed through the building of almost 500 miles of urban highways, including the Triborough Bridge. He also built parks and playgrounds and developed beaches such as Jones Beach State Park for public use. His vision for an automobile-oriented city influenced cities across the country, ushering in a mode of urban planning focused on automobile use. Similar to Haussmann, Moses’ vision of a city had little sympathy for poorer residents and people of color. He used strategies such as building bridges too low to allow for public transit buses, thus limiting the access of poorer residents to places such as the newly developed public beaches. Often poorer residents were forced to relocate for the building of urban highways.

For an extensive history of Robert Moses’s impact on New York, and politics in general, read Robert Caro’s biography The Power Broker, which is available through the Penn State Libraries (https://catalog.libraries.psu.edu/catalog/1228478).

Systemic racism and classism also have implications for biodiversity and the ecological health of cities. Read this passage from the University of Washington discussing a review paper written by scientists from three universities:

“For example, several studies the authors included found fewer trees in low-income and racially minoritized neighborhoods in major cities across the U.S. Less tree cover means hotter temperatures and fewer plant and animal species. Additionally, these areas tend to be closer to industrial waste or dumping sites than wealthier, predominantly white areas — a reality that was put in place intentionally through policies like redlining, the authors explain.

Fewer trees, over decades, has led to pockets of neighborhoods that are hotter, more polluted, and have more disease-carrying pests such as rodents and mosquitoes that can survive in harsh environments. These ecological differences inevitably affect human health and well-being, the authors said.”

You can read the full review paper here: https://science.sciencemag.org/content/369/6510/eaay4497