Leading off with a cliché is always dangerous, but I do really believe that Geography as the science of place and space depends in part on the axiom that what is Spatial is Special. This Lesson focuses on spatial thinking and spatial relationships that underpin everything we try do to with mapping and geographical analysis. A lot of this stuff will seem like common sense when you see the examples, and other aspects are likely to represent a new way of thinking about the world.

Most sciences have associated laws and axioms that govern fundamental principles and methodological approaches. In Geography we really just have one: Tobler’s First Law of Geography. In 1970, in a paper describing an urban growth model for the city of Detroit, Waldo Tobler proposed “the first law of geography: that everything is related to everything else, but near things are more related than distant things.”

If this law makes you say, “Well, yeah, duh!” – Great. That’s how I felt when I first encountered it too. Of course that’s true, as it makes perfect sense when you think about any possible example. I’m more likely to interact with people in my neighborhood in Central Pennsylvania than I am to interact with folks in Kolkata. The law of course extends well beyond stuff related to humans – you can expect animals, plants, and people sending too much email to each other to generally follow this law as well. Note that Tobler is talking about relationships between things. Near things are more related, but that doesn’t mean they’re necessarily more similar. The measure of similarity of observations that are close to one another is called spatial autocorrelation. While it’s not necessarily true that stuff nearby is in fact similar, there are often aspects of similarity that can be observed and measured (e.g. there are a lot of people at Dulles Airport who wear those annoying Bluetooth headset things, and they often buy very large Soy Lattes at Starbucks). 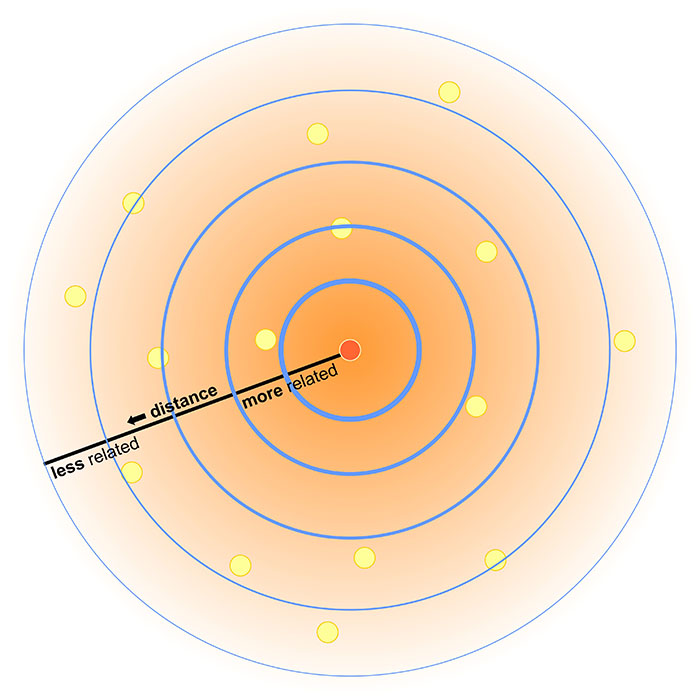 Figure 2.1: Basic graphic depiction of Tobler's law as described above.

Plenty of studies have attempted to formally evaluate Tobler’s Law, and there remains consensus that it is a fundamental principle of Geography. It turns out that it even extends to something like Wikipedia if you explore the spatial relationships that underpin thousands of its articles.

So I think it’s quite clear that Spatial is Special, and it’s what helps separate Geographic analysis from all other forms of investigation. We aim to take location into account and leverage what we know about spatial relationships to answer questions.

However, I’d be remiss if I didn’t point out that Geographers are a really self-conscious lot (we cry if someone shouts), and there’s been considerable debate on whether or not Spatial is Special (maybe if we exclude the IT part?), and whether or not Tobler’s Law is really a law after all or if it matters. I’m pointing out these debates here to acknowledge that my perspective, while it’s certainly the most common one in Geography, isn’t the only valid point of view. Academics love some navel gazing, that's for sure.