Extracted natural gas is mainly composed of methane with small amounts of hydrocarbon gas liquids (HGL) and nonhydrocarbon gases. After natural gas is produced, it has to be processed and impurities have to be removed to meet the pipeline standards and become marketable. The infrastructure of natural gas delivery (before distribution) can be divided into three main categories:

Natural gas is used in more than 50% of US homes for space heating and hot water. In addition, it is the largest source of energy for electrical generation at the moment (2019), see Figure 5, and is widely used in commercial and industrial sectors. Figure 5 illustrates the break-down by consuming sector. 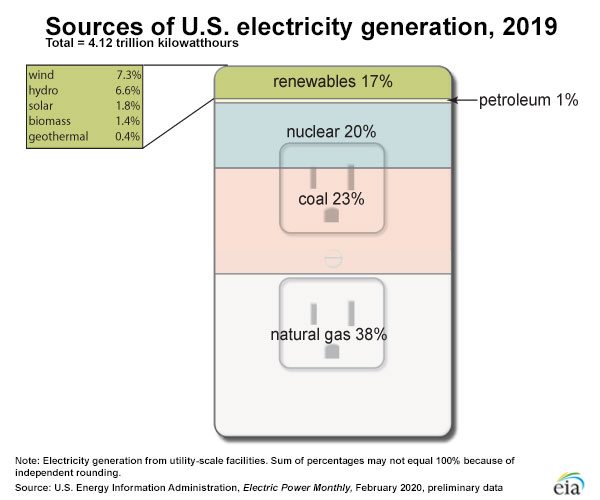 As shown in Figure 6, power generation and industrial sectors have the largest natural gas consumption. 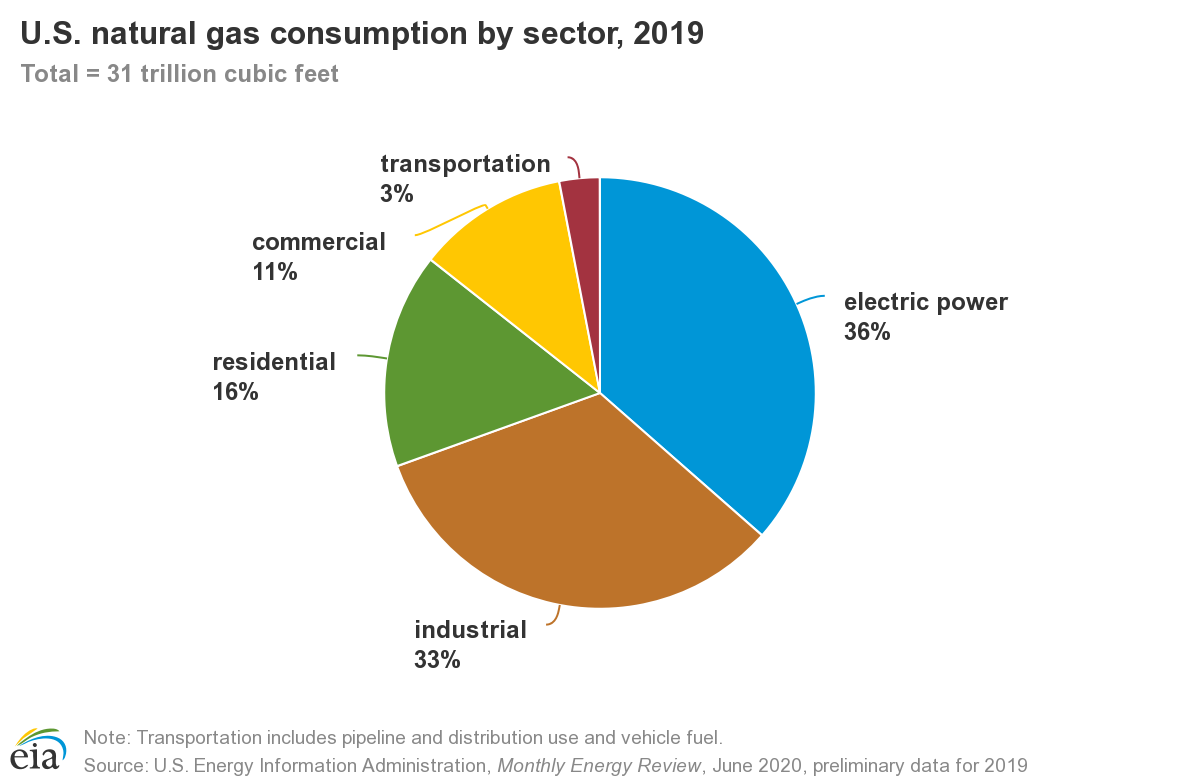 Domestic production in the US (see Figure 7) has grown dramatically in recent years due to the same advanced technologies that have allowed crude oil production to increase: “3-D” seismology, horizontal drilling and new “fracking” methods. All contribute to successful recoveries from hard formations such as the new “shales.” 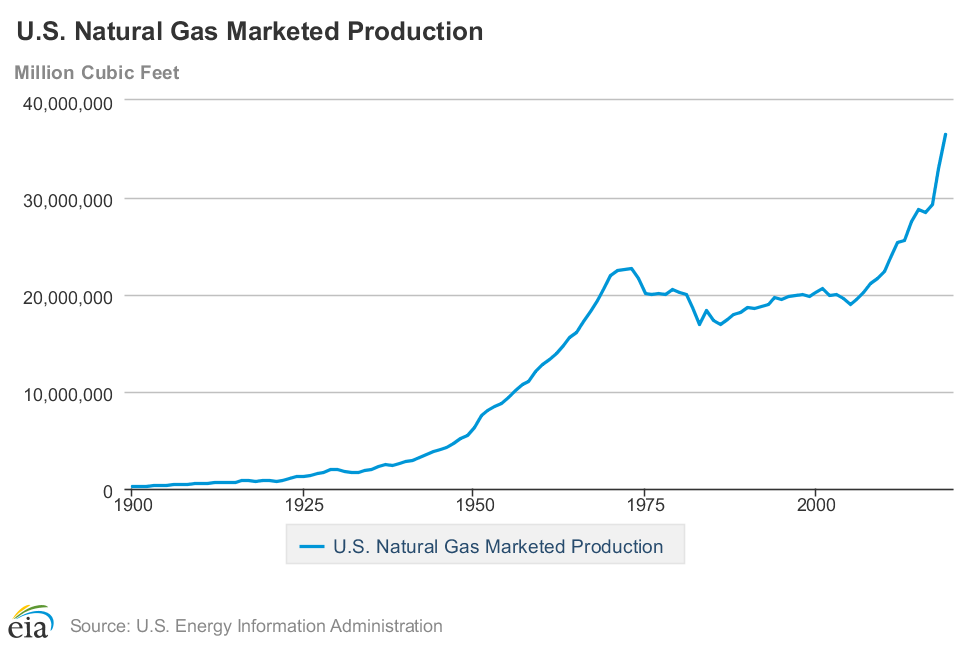 Figure 8 illustrates the growth in the production of the currently active shale basins in the US. As you can see in the graph, natural gas production from Marcellus Shale formations, located mostly in Pennsylvania, West Virginia, Ohio, and New York, has been increasing during the past decade and has the largest portion of gas production among the shale formations. 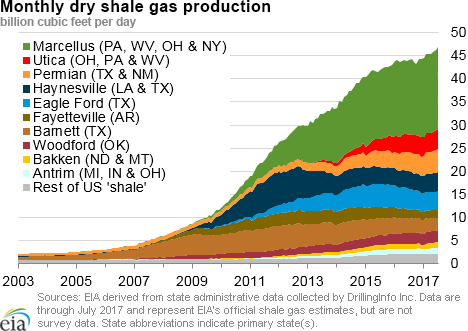 Canada represents the largest source of imported natural gas, with Mexico contributing a minor amount, see Figure 9. Additionally, there are export points into Canada and Mexico. Figure 10, below, indicates the major import/export and, LNG import points in the US. As displayed in Figure 10, more than 97% of U.S. natural gas import comes from Canada by pipeline. Also, pipeline exports account for 92% of U.S. natural gas exports. Natural gas export through the pipeline to Mexico has been increasing. 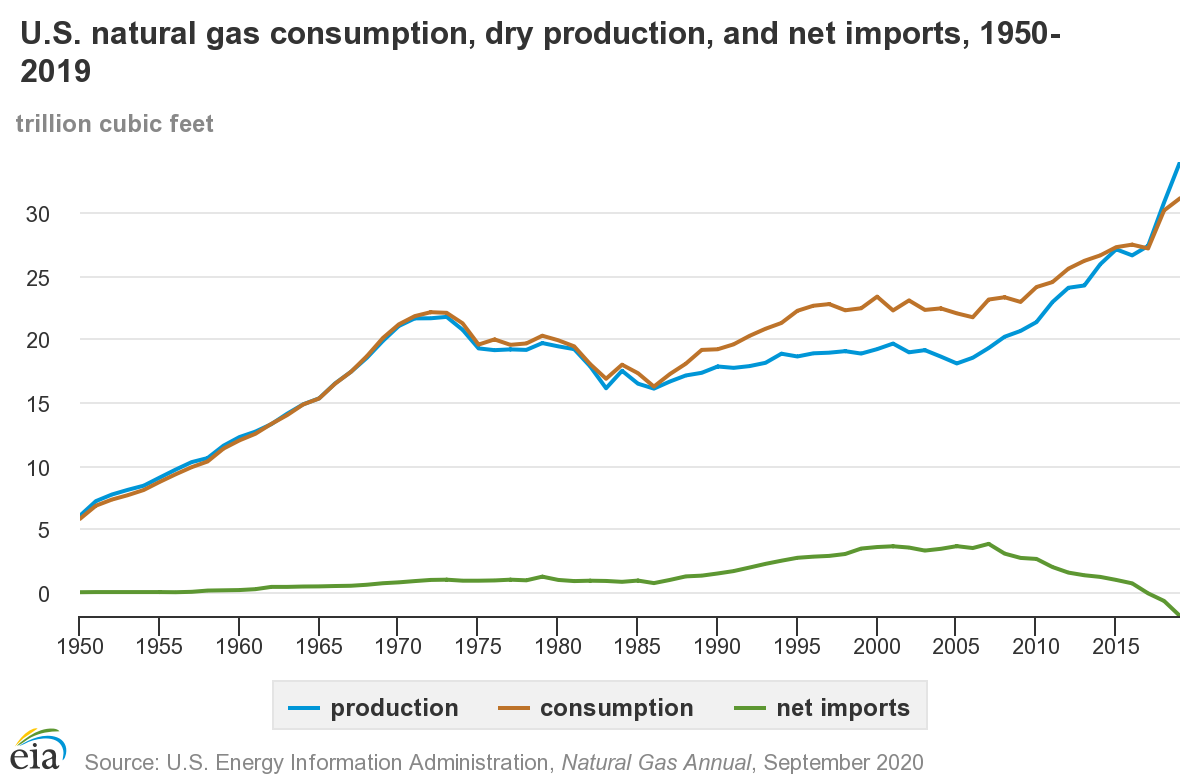 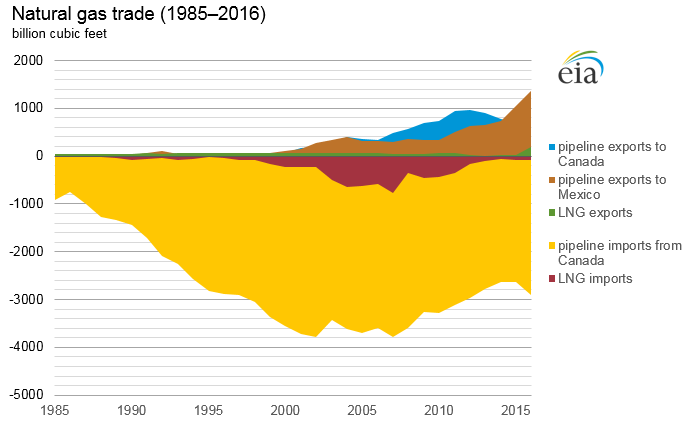