The answer to this question depends on the quantity of fossil fuels we have in the ground. Energy sources that have been discovered but not produced cannot be easily measured. Trapped several feet below the surface, they cannot be measured with precision. There are several terms used to report the estimates of the energy resources. Most commonly used terms are “reserves” and “resources.”

As of  2016, total world proved recoverable reserves of coal were estimated at 948 billion short tons.

Five countries have nearly 73% of the world's coal reserves:

Based on data from OPEC (Oil Producing and Exporting Countries), the highest proved oil reserves including non-conventional oil deposits are in 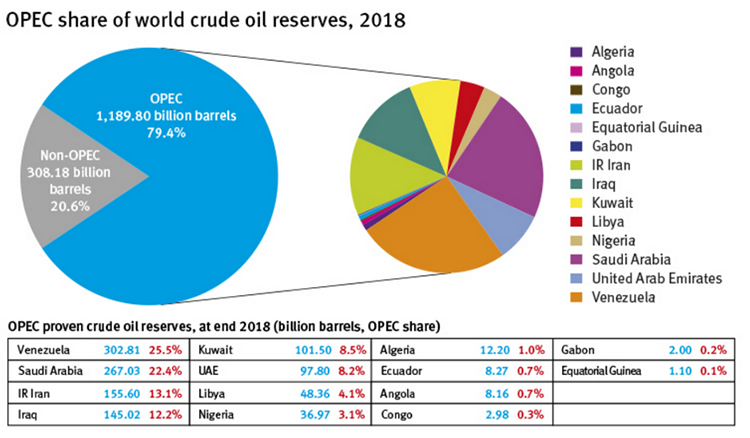 Based on data from BP (British Petroleum), proved gas reserves were dominated by three countries: Iran, Russia, and Qatar, which together held nearly half the world's proven reserves. According to the US CIA The World Factbook, the US has the 5th largest reserves of natural gas. Due to constant updates about the shale gas estimates, these are difficult to say with certainty.

How Long Will the Reserves Last?

How long these reserves do last depends on the rate at which we consume these reserves. For example, let’s assume that we have $100,000 in the bank (reserves) and it we draw 10,000 dollars every year (consumption) the reserve will last for 10 years (\$100,000/\$10,000 per year). However, in this case, we are assuming that we do not add any money to our deposit and we do not increase our withdrawal.

We can calculate the life of current petroleum reserves by dividing the current reserves by current consumption.

Therefore, these lifetimes are not carved in stone. It can be debated whether the U.S. reserves will last for 6 years or 10 years or even 20 years, or we may never run out! but there is increasing consensus that we must change our lifestyle. Even if we won't run out, the environmental consequences of continued use are pushing us to change anyway, but more on that later..

The R/P ratio can change from year to year similar to our bank balance. We can add more if we make more or consume more. That changes the time we can draw on the balance.

The following figures illustrate that these ratios changed. 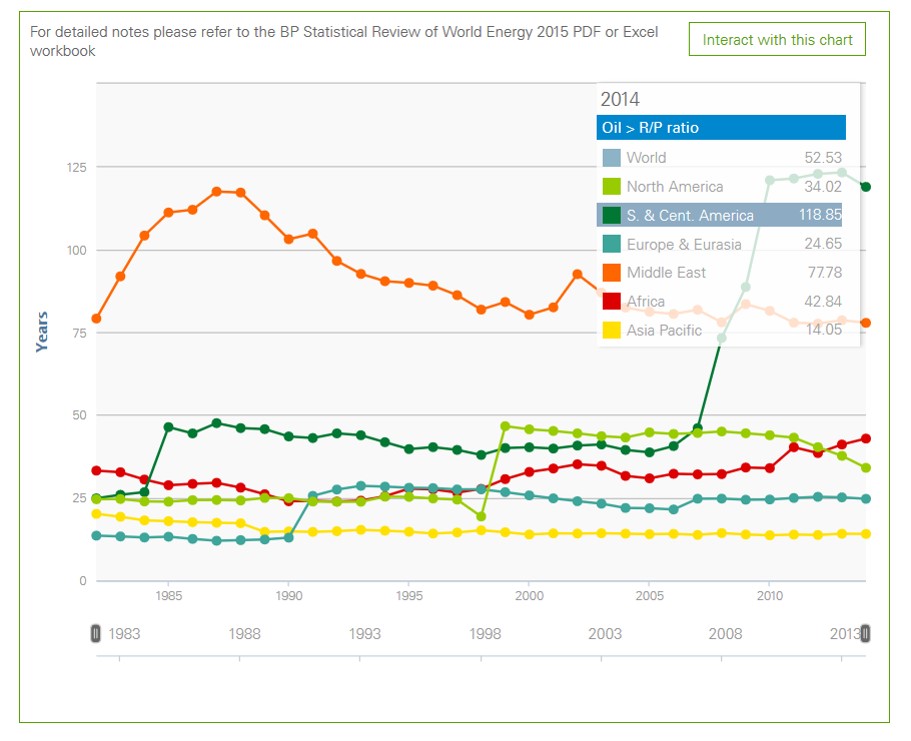 Therefore, we must conserve, innovate (get more with less), or learn to live without these resources.

‹ Growth in Energy Demand up Current and Future Energy Sources of the USA ›
EGEE 102: Energy Conservation and Environmental Protection, Summer 2022