Production of ethanol from corn will be discussed in the next section; this section will focus on sugarcane ethanol production. So, what needs to be done to get the sugar from sugarcane?

The cane is then cut and milled with water. This produces a juice with 10-15% solids from which the sucrose is extracted. The juice contains undesired organic compounds that could cause what is called sugar inversion (hydrolysis of sugar into fructose and glucose). This leads to the clarification step in order to prevent sugar inversion.

In the clarification step, the juice is heated to 115°C and treated with lime and sulfuric acid, which precipitates unwanted inorganics.

Figure 7.4 shows a schematic of one process for ethanol production along with the option to produce refined sugar as well. Sugarcane contains the following: water (73-76%), soluble solids (10-16%), and dry fiber or bagasse (11-16%). It takes a series of physical and chemical processes that occur in 7 steps to make the two main products, ethanol and sugar. 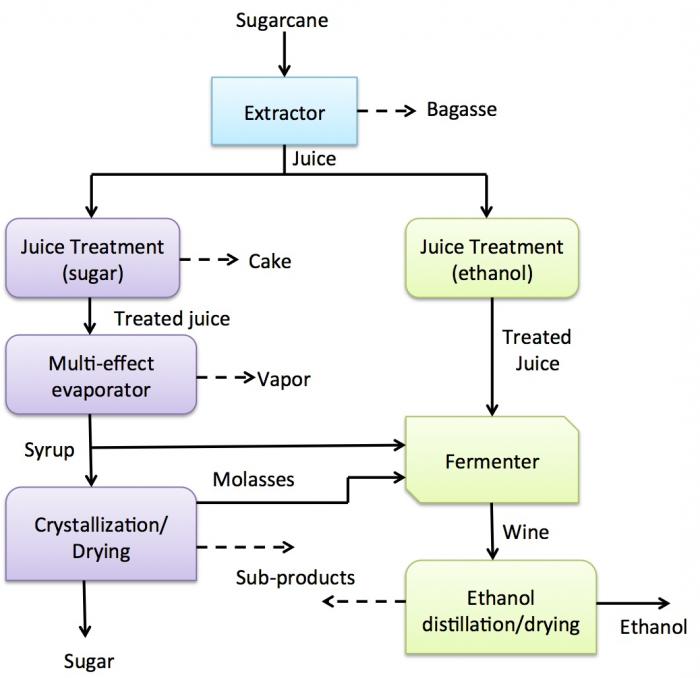 Figure 7.4: Schematic of process of sugarcane to produce ethanol and sugar.
Click Here for a text alternative to Figure 7.4

So, why produce both sugar and ethanol? Both are commodity products, so the price and market of the product may dictate how much of each product to make. This is how Brazilian ethanol plants are configured. In order to have an economic process, all of the products, even the by-products, are utilized in some fashion.

As noted previously, one of the major by-products is the dry fiber of processing, also known as bagasse. Bagasse is also a by-product of sorghum stalk processing. Most commonly, bagasse is combusted to generate heat and power for processing. The advantage of burning the bagasse is lowering the need for external energy, which in turn also lowers the net carbon footprint and improves the net energy balance of the process. In corn processing, a co-product is made that can be used for animal feed, called distillers grains, but this material could also be burned to provide process heat and energy. Figure 7.5 shows a bagasse combustion facility. The main drawback to burning bagasse is its high water content; high water content reduces the energy output and is an issue for most biomass sources when compared to fossil fuels, which have a higher energy density and lower water content. 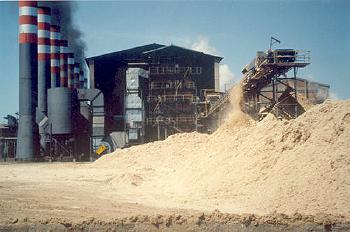 Figure 7.5: The Usina Santa Elisa sugar mill in Sertaozinho, Brazil. Bagasse, a by-product of sugar production, can be burned for energy or made into ethanol.
Credit: Enerzine 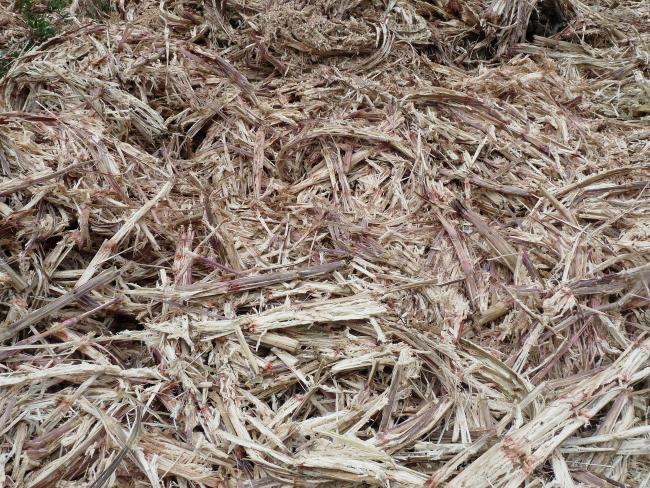 Another crop that has some similarities to sugarcane is sorghum. Sorghum is a species of grass, with one type that is raised for grain and many other types that are used as fodder plants (animal feed). The plants are cultivated in warmer climates and are native to tropical and subtropical regions. Sorghum bicolor is a world crop that is used for food (as grain and in sorghum syrup or molasses), as animal feed, the production of alcoholic beverages, and biofuels. Most varieties of sorghum are drought- and heat-tolerant, even in arid regions, and are used as a food staple for poor and rural communities. Figure 7.7 shows a picture of a sorghum field. 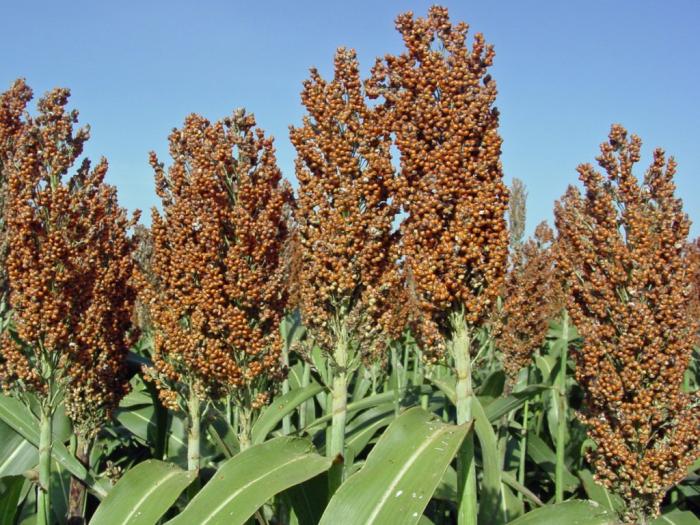 The US could use several alternative sugar sources to produce ethanol; it turns out corn is the least expensive and, therefore, the most profitable feed and method to produce ethanol. Table 7.1 shows a comparison of various feedstocks that could be used to make ethanol, comparing feedstock costs, production costs, and total costs. When you look at using sugar to make ethanol (from various sources), you can see processing costs are low, but feedstock prices are high. However, in Brazil, sugarcane feed costs are significantly lower than in other countries. Notice the data is from 2006.