Paraffins are also called alkanes and have the general formula of CnH2n+2, where n is the number of carbon atoms in a given molecule. Paraffins are divided into two groups of normal and isoparaffins. Normal paraffins or normal alkanes are simply written as n-paraffins or n-alkanes, and they are open, straight-chain saturated hydrocarbons. The second group of paraffins is called isoparaffins, which are branched-type hydrocarbons, and they begin with isobutane (also called methylpropane), which has the same closed formula as n-butane (C4H10). Compounds of different structures with the same closed formula are called isomers (Figure 1.9). For example, the open formula for n-butane, n-C4, can be shown as CH3-CH2-CH2-CH3, based on the quadrivalency of the carbon atom, and for simplicity, only the carbon-carbon bonds are drawn and most C-H bonds are omitted, as shown in Figure 1.7 and 1.8 on the previous page. Paraffins are the largest series of hydrocarbons found in petroleum and beginning with the simplest compound, methane.

Under standard conditions of temperature and pressure (STP), the first four members of the alkane series (methane, ethane, propane, and butane) are in gaseous form, and compounds starting from C5H12 (pentane) to n-heptadecane (C17H36) are liquids (constituting large fractions of hydrocarbons found in liquid fuels (e.g., gasoline, jet fuel, and diesel fuel), whereas n-octadecane (C18H38) or heavier compounds exist in isolation as wax-like solids at STP. These heavier paraffins are soluble in lighter paraffins or other hydrocarbons and can be found in diesel fuel and fuel oils. Paraffins from C1 to C40 usually appear in crude oil (heavier alkanes in liquid solution, not as solid particles) and represent up to 20% of crude by volume.

Figure 1.10 shows the statistically possible number of isomers of paraffins that increase exponentially with carbon number, starting with just one isomer for butane, reaching approximately 60,000 for C18 paraffins. Note that the branching in hydrocarbons causes significant changes in physical properties (e.g., boiling point and density, Figure 1.11) and chemical behavior (e.g., octane number, Figure 1.10) of paraffins with the same carbon number. Note in Figure 1.10 that the removal of an H atom from alkanes generates free radicals (reactive species containing unpaired electrons) that are called alkyl species (e.g., methyl formed from methane and ethyl formed from ethane by removing a hydrogen atom) also a radical with an unpaired electron. Also note the nomenclature using alkyl groups to specifically name isoalkanes (e.g., 2,2,4-trimethylpentane to designate a specific iso-octane). 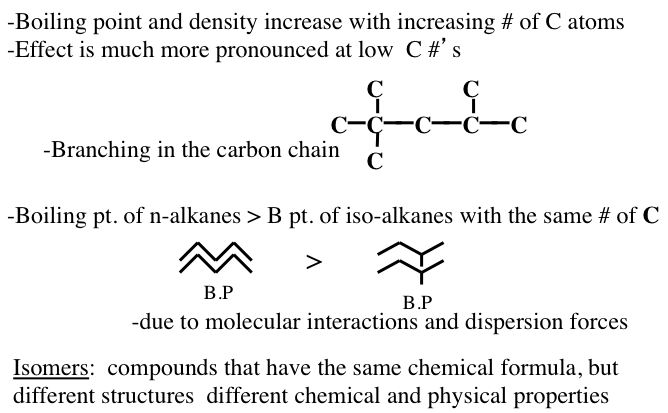 Figure 1.9. Normal and isoparaffins (as isomers) and the effect of molecular structure on boiling points of paraffins.
Click here for a text alternative to the figure above

Boiling point and density increase with increasing # of carbon atoms

Effect is much more pronounced at low carbon #’s

-Due to molecular interactions and dispersion forces

Isomers: compounds that have the same chemical formula but different structures and different chemical and physical properties 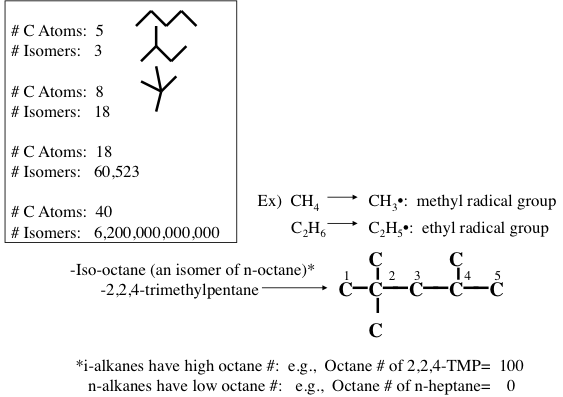 Figure 1.10. Isomers of paraffins and the formation of alkyl groups.
Click here for a text alternative to the figure above

Iso-octane (an isomer of n-octane): 2,2,4-trimethylpentane

Naphthenes or cycloalkanes are rings or cyclic saturated hydrocarbons with a general formula of CnH2n5H10), cyclohexane (C6H12), and their derivatives such as n-alkylcyclopentanes are normally found in crude oils. 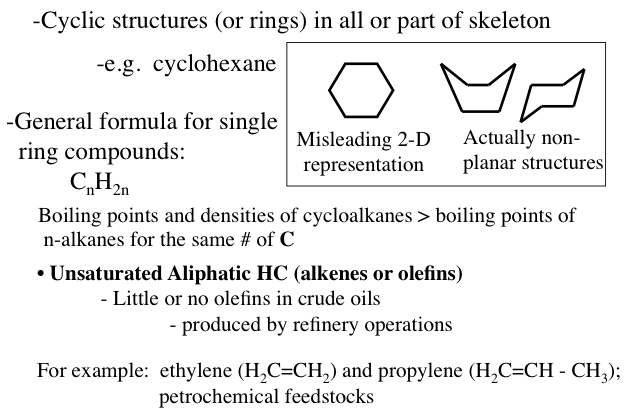 Figure 1.11. Cycloalkanes (naphthenes) and the effect of cyclic structures on the physical properties of alkanes.
Click here for a text alternative to the figure above

Cyclic structures (or rings) in all or part of the skeleton.

-little or no olefins in crude oils (produced by refinery operations)