Drastic Impacts of Food Production on Planet Earth: The Anthropocene

Drastic Impacts of Food Production on Planet Earth: The Anthropocene

After reading Colin Sage's brief introduction to the modern-day issues surrounding environment and food, you should be aware of the fact that food production by human societies has transformed the earth's natural systems. In fact, it is very difficult to understate the enormous impact that food production to support human societies has had on the surface of our planet as the earth's population has grown. Here are some of them:

One term that is used to summarize these human impacts within the history of the earth is the Anthropocene, from Anthropos (human) and cene, a suffix used within the geologic timescale to denote the recent past. The Anthropocene has been proposed as a new geologic epoch because of the profound and unprecedented human alteration of earth's natural systems that we point to above. Scientists researching the Anthropocene tend to agree that it was the beginnings of agriculture that probably marked the onset of the Anthropocene. We will introduce you to the history of agriculture in Module 2. The concept of sustainable food systems that Colin Sage points to in the introductory reading are currently a major topic of debate and discussion in human societies and are a consequence of the sustainability issues that are a key feature of the Anthropocene. The idea of sustainable food systems is also a major topic of this course, and you will be asked to contribute to this discussion in your capstone project. The term Anthropocene helps us to appreciate the epochal change of the extent and degree of these changes. Yet these changes do not suggest or imply that all is lost, or that all cropping and livestock-raising are pervasively damaging to the environment. As you’ll see throughout this course there are already well-developed options worth considering and pursuing in order to expand sustainable environment-food systems.

Studies of the changes in the type of ecosystems that cover different areas of the earth or land cover (e.g. crop fields versus forest versus desert) allow us to appreciate the impact on earth during the Anthropocene (Fig. 1.1.4 below). We can see in the bar chart reflecting changes over time in land cover that farmed and grazed areas involved in food production for rising populations have expanded from less than 10% of earth's usable (ice-free) surface in the 1700s to over 50% in 2000, a stupendous change considering the size of earth's land area (similar expansion of human influence in food production in earth's ocean fisheries has also occurred). 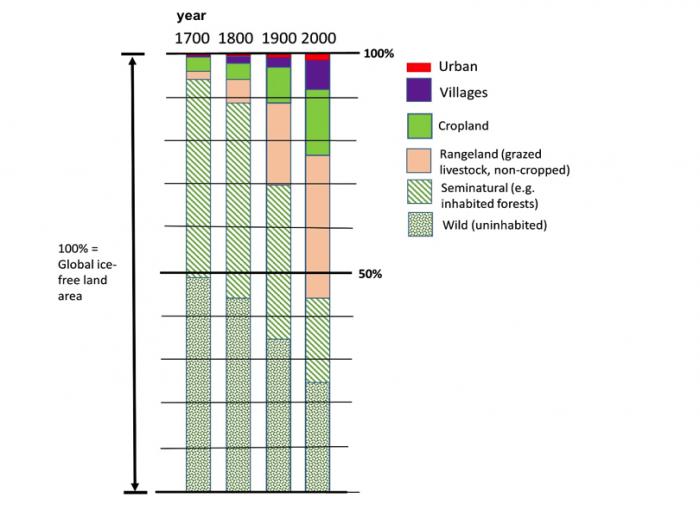 Figure 1.1.4. A graph showing the global allocation of the ice-free land area, on all five continents, to human land use versus wild (bottom stippled bar section) across three centuries from 1700 to 2000, during the rapid expansion of human population in the Anthropocene.
Click for a text description of Figure 1.1.4

Similarly important is that the Anthropocene, or the "human recent history of the earth" if we translate the word slightly, brings to our attention to not only the changes in natural systems or the environment but also the significant alterations of the human dimension of human-natural systems related to food. It’s safe to say that for nearly all of us this human dimension is significantly different than it was for our grandparents or even our parents. Some basic examples can be used to illustrate this trend. In the United States, for example, the population of farmers has continued to shrink. It is now less than 4 percent of the national population. At present this fraction, though generally declining worldwide, is somewhat higher in European countries and much higher in Asia and Africa. The continued importance of food-growing agriculture among large sectors of the populations in Africa and Asia, for example, creates different patterns of livelihoods (Fig 1.1.5a) and landscapes (Fig. 1.1.5b). 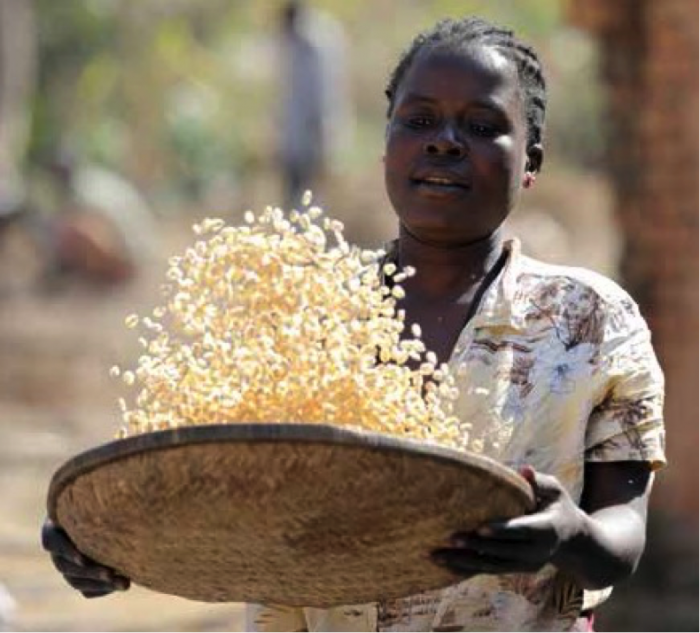 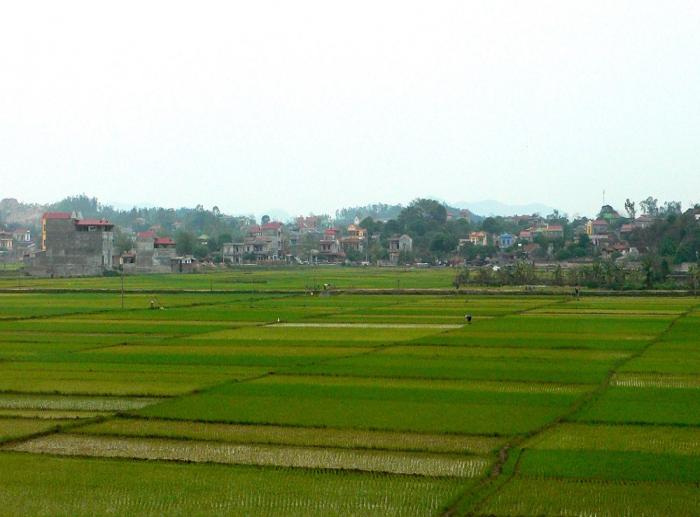 Figure 1.1.5b. Rice-growing landscape, Vietnam. This photo illustrates the intensive interactions that exist between human habitation and farming communities in the background and food production which occupies the entire foreground.
Credit: Tommy Chiu, used with permission under a creative commons license.

One important point: familiarity with environment-food systems through immediate experience among human populations, including you and your fellow learners in this course, is presumably at an all-time low. It’s also an interesting reflection on the human dimension of the Anthropocene. Other statistics could be quoted to show related trends. For example, the average amount of time being spent on food preparation is roughly one-quarter the standard allocation of time devoted to this activity 40-50 years ago. This course takes these statistics as a challenge and opportunity since environment-food interactions are both less-known than previously and, at the same time, have a very high level of importance to the environment and society.

‹ Guided Introductory Reading: Why Environment and Food? up Sustainability: Environments, Communities, and Economics ›