Read the following two fact sheets for a description of Integrated Pest Management and the terms that Stern and his colleagues defined in 1959, which are still used today (economic injury level, economic threshold, and general equilibrium position).  Then watch the following short video and answer the questions below:

Describe three things that are integrated into IPM.

ANSWER: Pest control strategies are integrated: such as cultural, mechanical, biological, and chemical. The FAO website provides multiple examples of these practices.

On the IPM figure below, which IPM pest population terms from the article could describe the lines labeled A, B, and C? 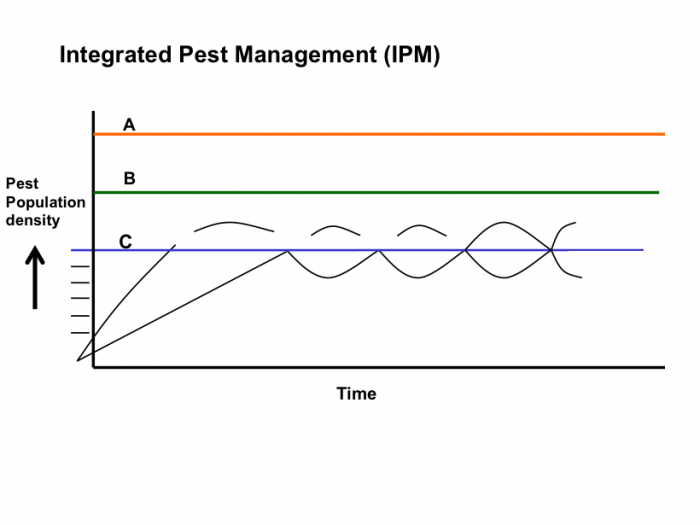 Figure 8.1.7: Hypothetical pest density over time graph. What IPM pest population term could apply to each line in the above figure?
Credit: Heather Karsten 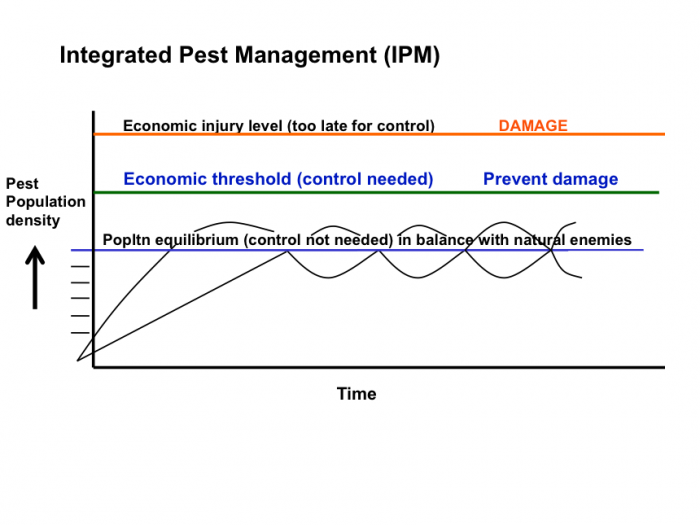 How would you describe the damage that the pest had caused to the crop at each of these pest population densities?

What are the potential benefits of scouting for the European red mites and predatory mites in Pennsylvania orchards?

Answer: If the European red mites have not reached the economic threshold, a farmer can avoid spraying an insecticide and protect beneficial insects that can reduce the pest population and/or provide ecosystem benefits (ex. pollination, nutrient cycling). Avoiding spraying can also save money and time for the farmer and reduce the farmers’ exposure to pesticides.
‹ Pest Management up Formative Assessment: Australian Grain Crop IPM and Determining the Economic Threshold of Potato Leafhoppers in Alfalfa ›