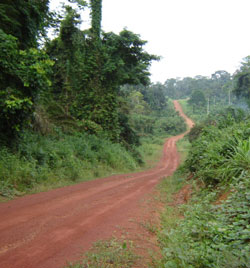 Tropical rainforests are extremely valuable in terms of the ecological services they provide, such as biodiversity and carbon sequestration. Although they cover only 6% of the earth's surface, they provide habitat for over half of the plants and animals in the world. Many of these plants and animals are threatened or endangered species. Rainforests are also highly prized for their commercial hardwood trees. The trees are cut down and processed to create products such as teak and mahogany furniture, plywood, and flooring.

Historically, there are two main types of logging practices used in tropical forests: clearcutting, and selective logging. During clear cutting, loggers remove all of the trees in a given area, leaving large clearings in their wake. These clearings reduce the amount of usable habitat for plants and animals. You can view an example of clearcutting in Brazil by looking in Google Maps. Notice the large grey patches in the images. These are areas of the forests that were cleared of all vegetation. Without vegetation to stabilize the soil, winds and rain quickly erode the nutrient-rich soils required for new species to colonize the area. Clear cutting is a very environmentally destructive process. While on Google Maps, be sure to zoom-out a little and you will see the fishbone pattern that is characteristic of logging in tropical forests. Check out the article Roads could help protect the environment rather than destroy it, argues Nature paper, as well.

In contrast, only species of value are extracted from the forest during selective logging. It seems like this process would be much more environmentally friendly, considering that much of the logged area remains forested. However, it is also a destructive process because it opens up previously inaccessible areas to human exploitation, damage, and degradation. Once logging roads are built, they tend to be used for many other activities. For example, bushmeat hunters use new roads to extract and transport illegal forest products such as monkeys, gorillas, and chimpanzees. Migrating people often travel along these roads and establish new villages. Once settled, they tend to clear surrounding areas of the forest for agriculture using slash and burn techniques.

As loggers build new roads, they break up large tracts of forest into progressively smaller areas or “patches.” This process is known as "forest fragmentation." Scientists use a quantity called the "edge to area ratio" to characterize forest fragments. The measurement, calculated as perimeter of forest/area of forest, represents the complexity of the shape of each forest patch. The higher the value, the more irregular the forest boundary.

Logging activities can have a significant impact on the local ecosystem since the smaller forest patches do not provide the same quantity and quality of habitat as large tracts. As new roads are built, fragments of forests are further degraded as the ratio of interior habitat to edge habitat decreases. Native animal species of tropical rainforests can require blocks of interior habitat greater than 1,000 sq km. Large mammals and species under hunting pressure can require interior areas of at least 10,000 sq km. To create large areas of interior habitat, care must be taken to limit road building activities to certain areas.

In Lesson 7, we are going to examine the effects of historical commercial logging activities for a forested area in southeastern Cameroon. The study area is part of the Congo Basin, which contains the world's second-largest concentration of tropical rainforests. The study area boundary encompasses two main types of land management areas: protected areas and logging areas. The Lobeke National Park is the main protected area within the study site. Using GIS datasets showing road centerlines, we will use ArcGIS Spatial Analyst to quantify the fragmentation and edge effects within the study area. 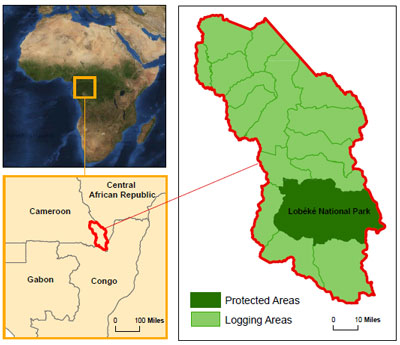 Figure 3: The Study Site is located in southeastern Cameroon and is part of the Congo Basin Rainforest in central Africa.
‹ Lesson 7 Checklist up Required Readings & Videos ›
GEOG 487: Environmental Applications of GIS