In this section, we will discuss products generated from image-based UAS. Although imagery collected by UAS can be used in a variety of applications in the field of remote sensing, we will focus in this lesson on two main mapping products; those are the ortho photo and the digital elevation model.

Digital ortho, ortho photo, orthographic image, or ortho map are different names for the same thing. Ortho photo, which I like to call it most the time, is an image that is corrected (through the process of ortho-rectification) from the effect of terrain relief or sensor tilt to convert it to a unified scale map. Row images taken over variable terrain will have different scales at different locations on the image. Pixels covering the terrain of the ridge of a mountain will cover a smaller spot, as it is closer to the sensor (aircraft), as compared to a pixel covering a valley.

Performing the process of ortho-rectification will sample all these pixels so each pixel covers exactly the same ground resolution or GSD regardless of where it falls in the image or from which terrain it originated. In other words, ortho-rectification means reprocessing the raw digital image to eliminate the scale variation and image displacement resulting from terrain relief and sensor (camera) tilt.

Because ortho photos are geometrically corrected, they can be used as map layers in GIS, overlaying, management, update, analysis, or display operations. This is a great advantage offered by the ortho photo as compared to the raw imagery.

The five primary ingredients for the ortho photo generation are the following:

An ortho photo produced using a digital elevation model for the bare earth (no buildings or trees in it) is usually called “ground ortho.” In ground ortho, the building lean is not removed in the process of ortho rectification, and buildings will appear to lean radially away from the center of the image, as you can see in the image of the world trade center in Baltimore at the left side of Figure 7.14. On the other hand, "true ortho" is an ortho where the buildings look as if they are erected straight up or as if you are looking at them from right above the roofs, as is illustrated in the right image of Figure 7.14. True ortho is very useful in urban areas, such as downtowns with tall buildings, as it reveals all the information in the streets and pathways surrounding the buildings. True ortho is computationally intensive and needs three-dimensional models of all buildings in the image, which makes it more costly than ground ortho.

It is very important to evaluate the quality of ortho-rectification, as it may cause some defects. Examples of such common defects are the following:

Similar to LiDAR, stereo imagery can be used to generate accurate digital elevation models. Most software used for UAS data processing has the capability of image matching technique to produce fine quality elevation models that can be used for the ortho rectification process and other terrain modeling purposes. The main ingredients for digital terrain data generation are:

Until recently, users did not trust the poor quality of the auto-correlated digital terrain data. However, in the last couple years, software development companies adopted a new algorithm called “Semi Global Matching” or SGM that results in fine quality elevation data that in some ways competes with the elevation model generated by LiDAR. This made users excited again about using imagery for the development of a fine quality digital elevation data. The SGM algorithm is a new image matching approach that originated in the computer vision community. It utilizes auto-correlation matching technique based on aggregates per-pixel matching costs that was not possible with the old auto-correlation algorithms.

As it is in ortho photo production, digital elevation data needs to be evaluated to stand on the quality of the data.

There are couple of terms that are used in the geospatial community to describe digital terrain data, those are: 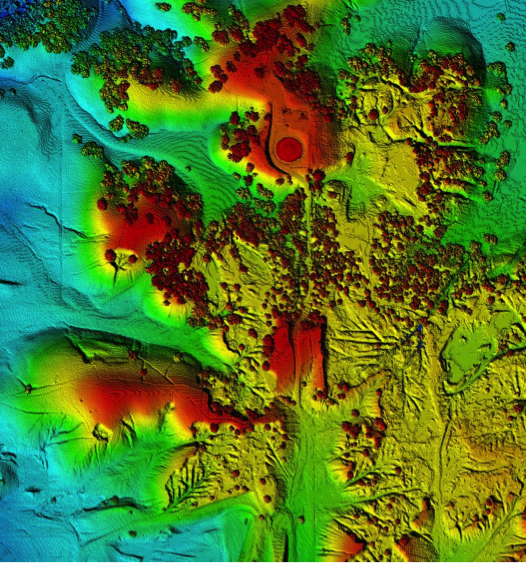 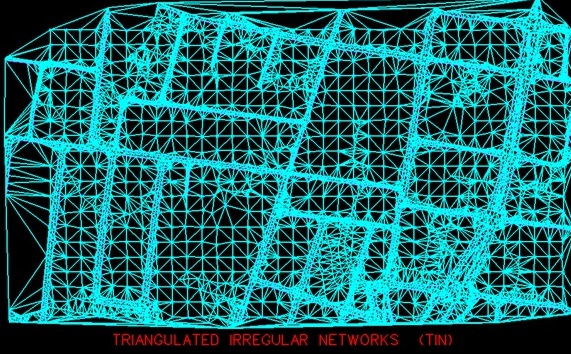