In this section, we will discuss an important topic to any photogrammetric work: ground controls.

A ground control, which we introduced in the last section, is a target in the project area with known coordinates (X,Y,Z). Accurate, well placed ground controls are essential elements for any photogrammetric project utilizing aerial triangulation.

There are two standard types of ground control points (Figure 7.9), those are:

Many projects make use of one type or the other or a combination of the two.

There are two techniques to survey ground control points. The most common one is using RTK GPS techniques as it is the fastest and least expensive. RTK survey results in a horizontal accuracy of about 2cm and about 3cm vertical accuracy. RTK survey is widely used for mapping projects. The second survey technique which is much more expensive is differential leveling for height determination and static GPS for horizontal survey. Differential leveling results in around 1cm vertical accuracy. Here in the united states, surveying a point using RTK GPS usually costs between $$150.0 and $300 depending on the location and terrain. Differential leveling costs around $1,000 to $2,000 per point, again depend on location and terrain. Selecting one type of surveying technique versus another depends on the expected mapping products accuracy. Consult the American Society of Photogrammetry and Remote Sensing (ASPRS) Positional Accuracy Standards for Digital Geospatial Data and chapter 9 to stand on the accuracy requirement of the ground control based on product accuracy.

Ground control requirements vary from one project to another depending on the project specifications and its geographic extent. Projects with high geometrical accuracy requirements require more ground controls. Figure 7.10 illustrates typical distribution of ground controls in a rectangular shaped project when the aircraft does not carry on board a GPS antenna, resulting in a non-GPS supported aerial triangulation, or what is usually called “conventional aerial triangulation.” 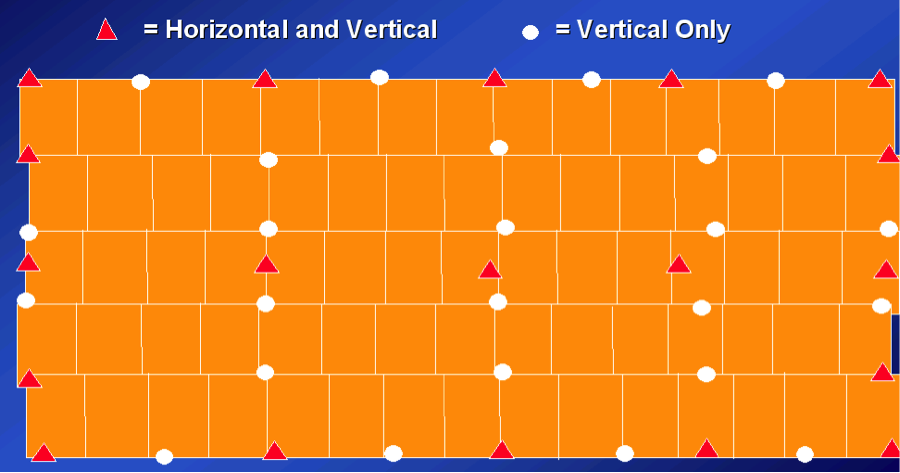 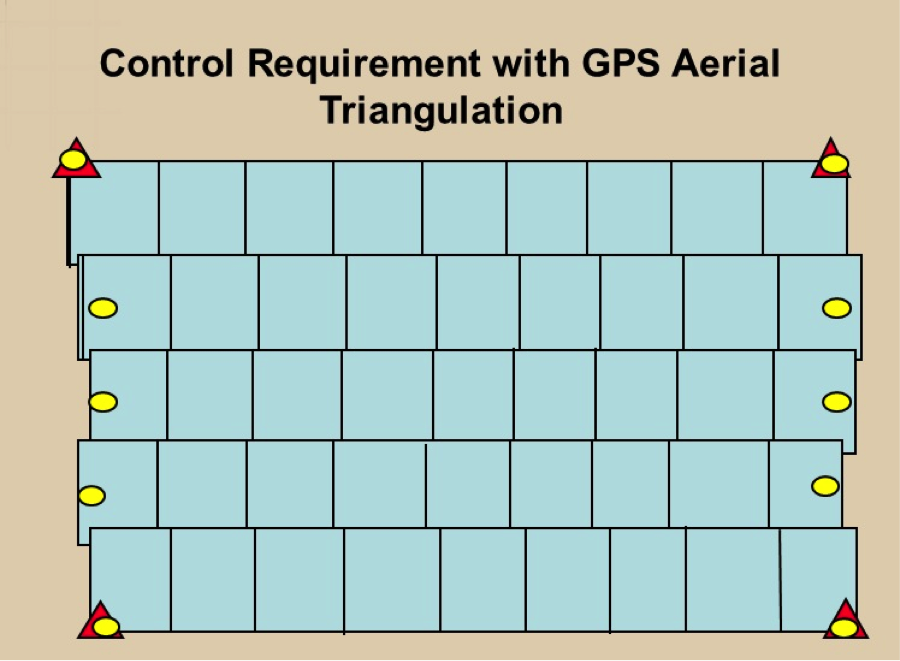 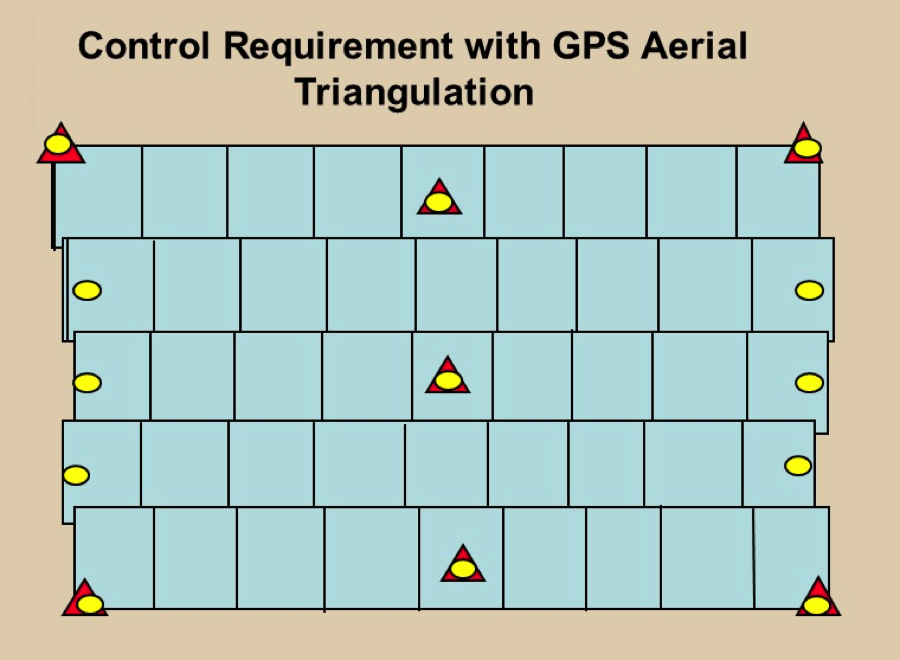 Adding two cross flights (strips) at each edge of the photogrammetric block not only saves on number and cost of the ground control points but it also provides strength to the mathematical model within the bundle block adjustment computations. It helps in modeling and solving GPS and IMU problems. 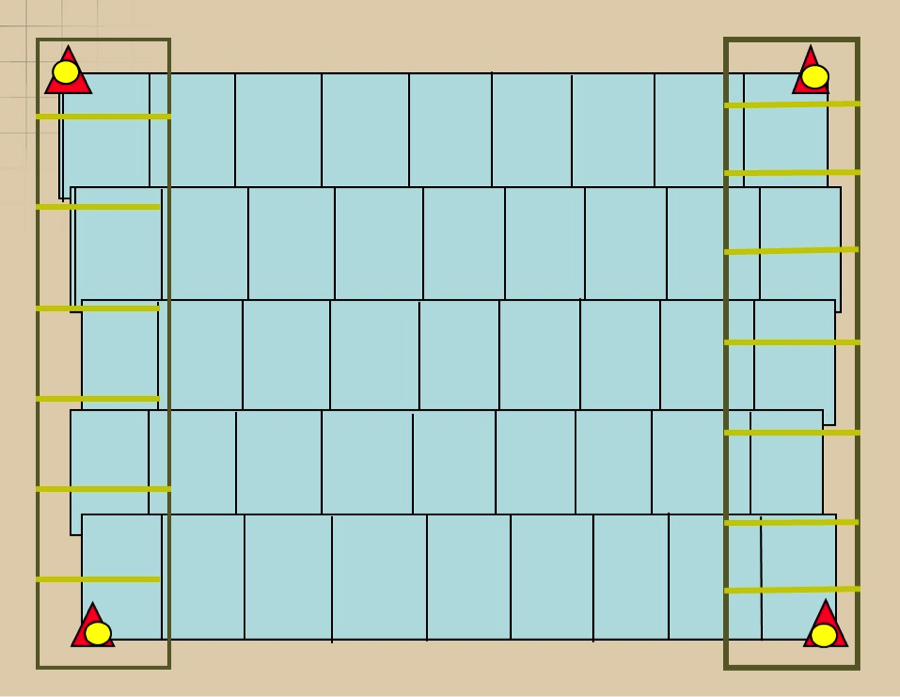