We talked briefly about tracking systems and some design considerations for the tilt angles in Lesson 2. However, we didn’t elaborate on the mounting types available for PV systems. Each PV system is different from the rest in terms of racking structure and mounting types. This is due to the fact that PV systems are space constrained and the installation requirements vary from one place to another. For that reason, many structural holding solutions have been developed to accommodate different needs such as ground mount, pole mount, and roof mount. Each type comes with advantages and disadvantages that allow a good designer to make the optimal decision for each specific PV system.

This type of mounting structure allows multiple rows of modules to be installed on the ground, as shown in Figure 5.1. 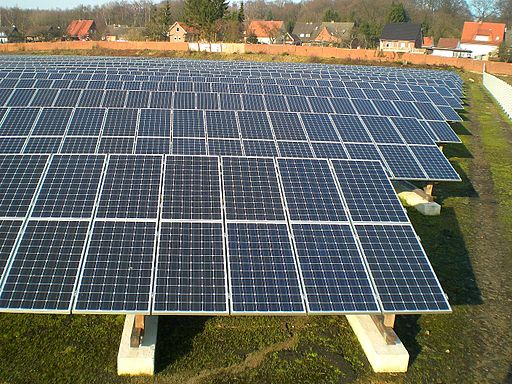 So here we have the scenario of an array of photovoltaic that are set up one row behind the next. They're each going to have a certain tilt. That tilt is represented by beta and each one is going to have a common collector azimuth of gamma, represented down here. And that gamma again, is that plane or rotation. In this case, the array that you're seeing is rotated 9 degrees towards the east. So minus 9 degrees of rotation or 9 minus 180 degrees to give us our azimuth.

The distance between the panels, right now it's just specified as D. And the panels themselves are going to have a shadow. And that shadow is going to change over the course of the year, as the sun is high in the sky, and low in the sky.

And what we'd really like is for these panels to be spaced appropriately. Such that, they do not block each other. Because this is one of our goals, one of our mechanisms for the goal of solar design. You want to maximize the solar utility for the client or stakeholders in a given locale. And in this locale, want to know how far apart we can space these to collect the energy to basically avoid, or remove shading from the spacing of these panels.

So I'm going to name these critical points A, B, and C. And the points that we will be referring to in terms of what kind of shading are we expecting, we're going to label 1, 2, and 3.

So looking at this, we want to basically compare any point 1. And what we really like to see is, how does 1 compare to point C, point C is down here. One to point C, 1 to point B, and 1 to point A. That's one of our first questions.

And then after we've done that, we're going to look at how this point 2 compares to critical point C, critical point B, and A. And then we'll finally finish that with 3 C, 3 B, and 3 A. And what we should be able to see is that because of similar geometries we're going to find some kind of similar responses, in terms of all of these geometric relationships.

This structure is common in public areas where the system is space constrained, as seen in Figure 5.2. 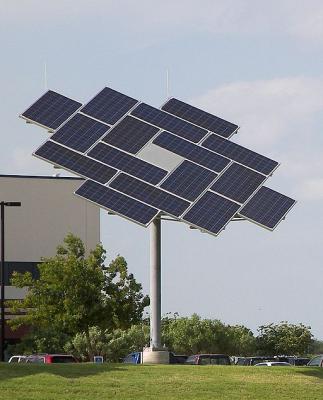 There are various types of roof mounts that don’t require roof penetration especially when the roof is flat, as illustrated in Figure 5.3. Of these types, ballasted roof mount is one of the most used racking structure for PV systems installed on flat roofs. It utilizes the weight of concrete or sand to ensure the system stays still to stand all kinds of external forces such as pullout wind forces. 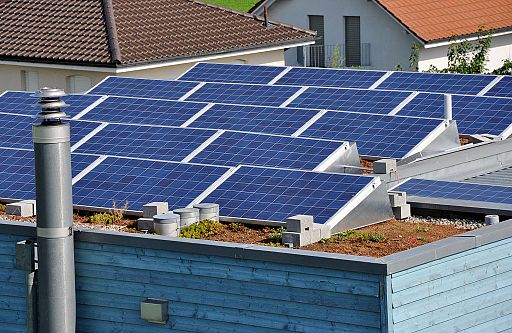 These mounting structures allow the system to be installed parallel to the roof for the best esthetic solution for pitched roofs, as seen in Figure 5.4. 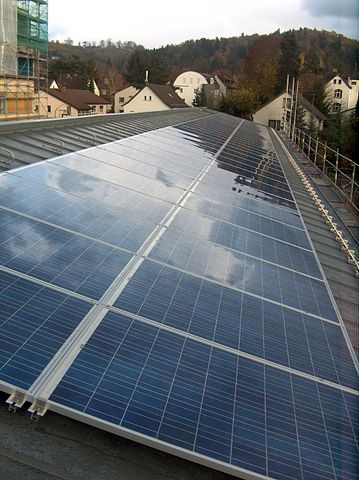 There are other mounting types that are beyond our discussion for this class and students are encouraged to look for different racking structures for their own benefit.

For more information about the mounting structures of the PV system, please refer to your Required Reading: Chapter 10 from the Dunlop text. Please note that some information in the reading chapter is not directly related to this topic; however, students are encouraged to read through the chapter for their own benefit.