It can be easy to get bogged down by the formulas used to calculate how much work is done, when, by whom, and to whom. Since this is not a physics class, let’s not dwell on those. As described on the previous page, a somewhat simplified, but very useful way to think of energy is that “energy makes things happen.”

Take a few minutes to look around you. Based on what you know about energy and what you learned in the reading and videos, what is energy “doing” where you are right now? (Seriously, take a look.)

We could go on and on. But as you probably know, these are all examples of kinetic energy, or “energy of motion.” As stated in the reading and video, there are also a number of types of potential energy. Think of some examples of potential energy around (and in) you right now. You are able to move and think because of chemical (potential) energy inside of your body. In fact, everything around you has chemical potential energy. Any object on the wall, on a table, attached to the ceiling, or just above the ground has gravitational (potential) energy because it is above the ground. There is also nuclear (potential) energy in all matter because all matter has at least one nucleus. Again, we could go on and on, but the point is that everything around you has potential energy - nuclear if nothing else - and thus has the ability to do work, i.e., “to make things happen.”

One of the foundational concepts in the understanding of energy – and something that is very important in the context of this course – is the First Law of Thermodynamics. The simplest way to put the First Law of Thermodynamics is that “energy cannot be created or destroyed – it can only change forms.” This is often referred to as the “Law of Conservation of Energy,” for obvious reasons. Practically speaking, this means that all energy came from somewhere else, and that it does not disappear when it is “used.”

All of the examples of energy that were noted above came from somewhere else. The light coming from a light bulb is converted from electrical energy running through a wire. The heat radiating from non-living things around you was absorbed from another source such as sunlight or the heating system of the building. The motion and electrical energy your body has right now comes from the chemical energy inside of your body. The gravitational energy of things around you came from motion energy required to lift the objects. And so on. And recall that each time energy was transferred, work was done.

NASA defines thermodynamics as "the study of the effects of work, heat, and energy on a system." Thermodynamic principles are relevant to many applications, including things as diverse as nanotechnology, health sciences, refrigeration, climatology, manufacturing, space travel, and much, much more. If you are interested, here are some thermodynamic resources: Kahn Academy and Hyperphysics (from Georgia State University).

Of course, this also means that all of the previous forms of energy also came from somewhere else. Where do you think the electricity used to generate the light coming from the screen came from? It almost certainly came from a power plant somewhere. But where does the power plant get its energy from? If you live in the U.S., chances are it came from either coal, natural gas, or nuclear material (about an 80% chance nationally, but it depends on where you live).

Let’s assume the electricity in question is from a natural gas-fired power plant. If so, the electricity used to generate the light on the screen you are looking at right now was originally chemical (potential) energy stored in the molecules of natural gas. Note that before it was converted to electricity, it went through a number of conversions, including being burned (thermal and radiant energy), and spinning a turbine (motion energy). But let’s not stop there. Where did the natural gas get its energy? Before we answer this, please read the short readings below.

Knowing where to get reliable information is an important skill to have. If you want U.S. energy data, there is no better source than the U.S. Energy Information Administration (US EIA, or simply EIA). The US EIA is an outstanding source of information, from specific energy use data to general energy information. For the energy geeks among us <raising hand>, there is so much interesting (and reliable) information that hours can be spent perusing, reading, and watching videos. Please read the following pages before moving on. You are, of course, welcome to explore the rest of the website, but at least read the links below:

Natural gas is formed from the remains of living organisms over millions of years, as are coal and oil. Most of this is from photosynthetic organisms, such as plants and phytoplankton (e.g., diatoms). If so, then the energy came from the sun. If it was an animal that formed the gas, then the energy came from what the animal ate to gain that energy, i.e., a plant or another animal. If it ate a plant, then that energy originally came from the sun, but what if it ate another animal? That animal either got its energy from a plant or another animal.

What this boils down to is that no matter how you slice it, all of the energy in natural gas came from the sun. The implications are kind of mind-boggling (and let’s face it, awesome): The light energy coming from the screen you are looking at right now probably started out as sunlight that hit the earth millions of years ago! 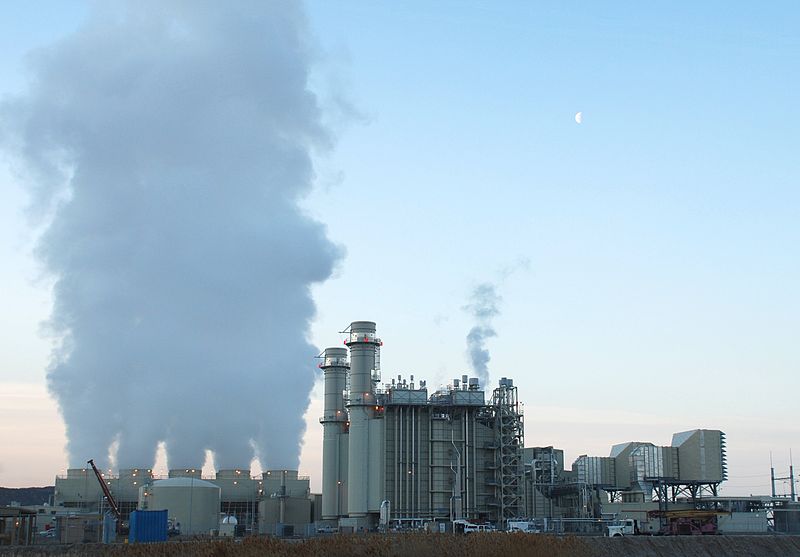 Again, we could go through innumerable examples of energy, and most of them would require tracing multiple steps to find their original source. Almost all sources (aside from some nuclear energy and some geothermal energy) can be traced back to the sun, whether it’s recent or ancient sunlight. But more importantly in the context of this course is that:

As the saying goes, “there ain’t no such thing as a free lunch.” In other words, when we “use” energy, that energy must come from somewhere else, and it does not disappear, it is converted to another form.

Almost all of the energy used on earth came from the sun, but where does the sun get its energy? Sunlight is nuclear energy released when atoms of hydrogen fuse to form helium, in a process called fusion. This reaction releases a HUGE amount of energy - the surface of the sun is nearly 6000 °C (more than 10,000 °F), and the core is more than 20 million degrees C (36,000,000 °F)! 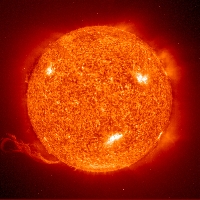 ‹ What is Energy? up Quantifying Energy ›
EM SC 240N Energy and Sustainability in Contemporary Culture