It seems that each year brings new and bigger disasters to coastal communities around the world. Summer 2017 brought Harvey to Houston, Irma to the Caribbean, and Florida and Maria to the Caribbean. Each storm had its own uniquely devastating effects in a range of communities that are, at the time of writing, six months later still struggling to recover. Looking further back in time now, there were Hurricane Katrina (2005), Super Storm Sandy (2012), Super Typhoon Haiyan (2013), the Tsunami of Christmas 2004, and the Japanese Tsunami of 2011. We have become familiar with images on our screens of the devastation and misery that result from these natural disasters.

But how are these disasters linked to earth science? How can we understand the underlying causes better in order to learn to live in a more harmonious way with nature to create more resilient coastal communities? Can we do a better job at protecting people from coastal hazards? Can our actions influence the impacts of storms and other destructive events?

These are some of the larger questions we will consider in Coastal Processes, Hazards, and Society.

The two events in the U.S. that grabbed everyone’s attention and began to influence thinking about these questions were Hurricane Katrina and “Super Storm” Sandy. 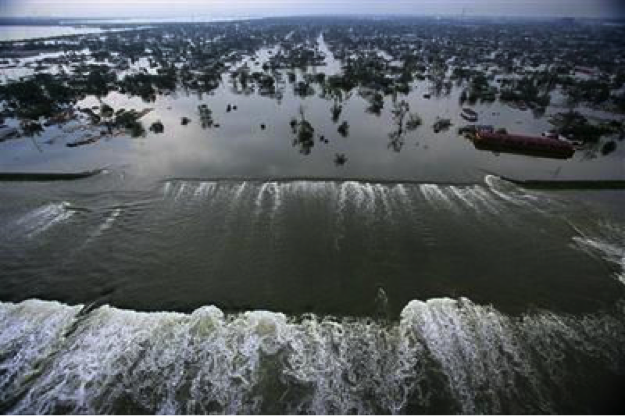 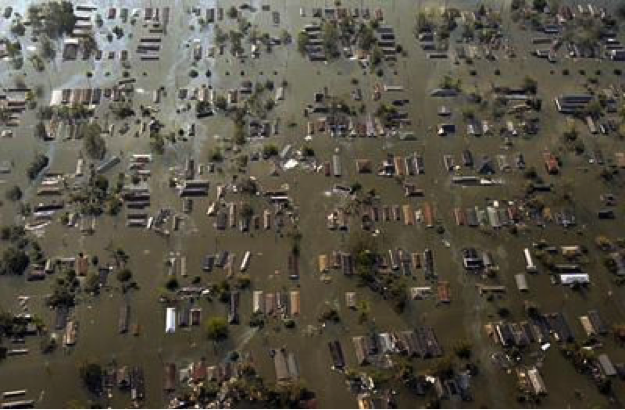 These two storms alone resulted in the inundation of large, densely populated areas – killing thousands of people and flooding tens of thousands of houses, businesses, schools, hospitals, and crippling infrastructure. Many stressful years have been spent in recovery; difficult decisions have been made by individual homeowners, business owners, municipal and state governments, and the federal agencies about how to move forward following these disasters.

Currently, 10% of the world’s population (approximately 600 million and growing) live on land that is within 10 meters in elevation from sea level. Some of the world’s most populated regions lie within this elevation range. In many regions, migration to these population centers is occurring at a rapid pace. These low-lying cities include London, New York, Miami, and Tokyo, as well as Mumbai in India and the rapidly growing megalopolis of Guangzhou in China and other large cities we may rarely think about. Numerous smaller, little-known communities are equally precariously located but come into sudden focus when a disaster hits. Why have our cities grown and continue to grow in these low-lying and increasingly vulnerable locations? Why do we allow so many people to live in places at high risk of coastal impacts?

New Orleans is often the poster child for cities exposed to coastal hazards; but it is certainly not the only vulnerable coastal city, and it does not sit right on the shoreline as Miami does, for example. So, what is it that makes it so vulnerable? Many factors contribute to coastal vulnerability, and this will be explored in great detail, especially in Unit 4 of the course. In simplified terms, the frequency and intensity of the coastal hazards; the physical setting (geology, landforms, etc.) of the place, and the socio-economic conditions of the residents contribute to the overall vulnerability of a place. When Katrina hit New Orleans, many factors made the city particularly vulnerable and led to the inundation of 80% of the city and the temporary displacement of all of its residents and permanent displacement of many.

In 2005, Katrina was the deadliest and costliest storm to make landfall in the United States in 100 years. It impacted coastal communities in five Gulf Coast states: Florida, Alabama, Mississippi, Louisiana, and Texas. Its greatest impacts were felt in Louisiana and Mississippi, and the greatest media attention was given to these effects in New Orleans. Katrina’s death toll was approximately 1500 in Louisiana alone. The economic impacts were complex and enormous. If measured by insurance claims alone, the disaster generated more than 1.7 million claims across six states, to a total of more than $40 billion.

More than a decade has passed since Katrina, allowing for many lessons learned to influence policy changes, and for new defense structures to be built to protect the city, much of which sits below sea level in an artificially created bowl on a sinking river delta. So, although New Orleans is currently seeing an economic boom and a surge of optimism as residents see and experience progress towards recovery, the question must be asked: How long can New Orleans expect to be protected from a future major hurricane? The sea level rise prediction map shown below raises many questions. We will address many of these questions during this course. Not least, the questions: WHY are the delta wetlands surrounding New Orleans likely to be inundated during the next century, and what should the residents be doing now to prepare for the future? 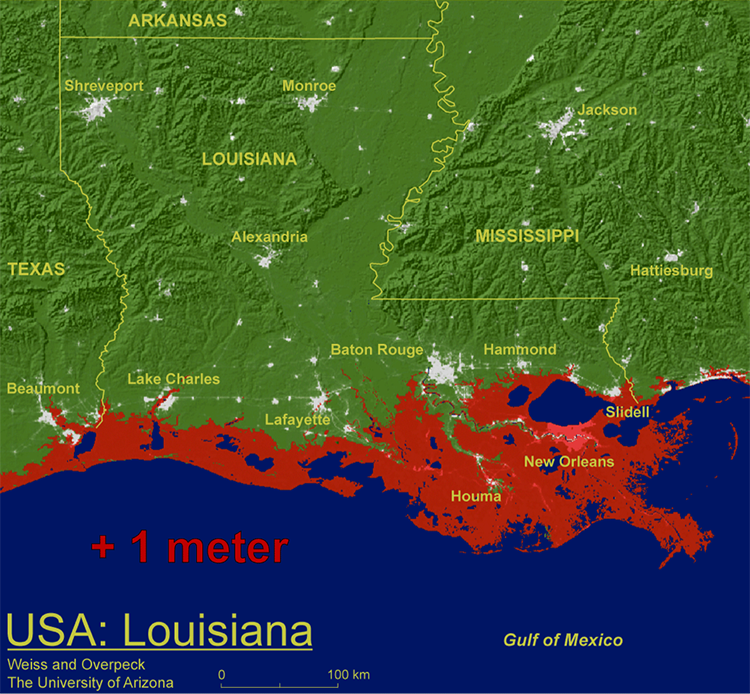 Figure 3: Map showing the area of coastal Louisiana likely to be inundated if the sea level rises more than 1 meter in the next 100 years. This sea level rise rate is currently the estimate that most coastal managers are using to look to the future of our coastal communities.
Credit: Jeremy Weiss and Jonathan Overpeck, University of Arizona 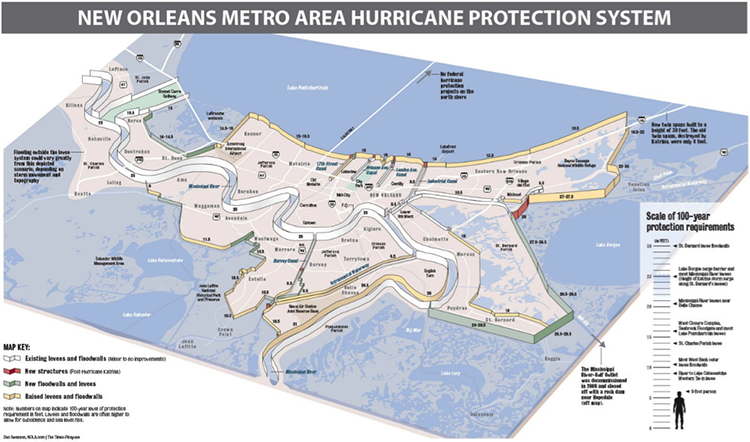 The purpose of this course is to enable students to analyze and understand the complex physical and social processes that form coastal zones, expose landscapes, people, and property to coastal hazards, and make them vulnerable to those hazards. Therefore, by the end of this course, students will demonstrate that they can:

These are the six goals of Coastal Processes, Hazards, and Society.