Charcoal is perhaps the greatest invention of the Paleolithic (Stone) Age. Charcoal is produced by partially burning organic matter (wood, bone, etc.) while limiting the supply of oxygen. One way of producing charcoal is to pile a large amount of wood, as shown in the figure, and covering it with soil to limit the amount of oxygen feeding the fire. During the burning process, considerable water is released, and at the completion of the burn, the wood is reduced to black brittle lumps of carbon (charcoal). 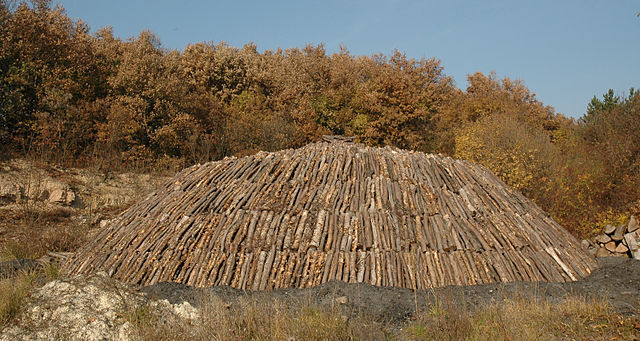 Woodpile before covering it with turf or soil, and firing it.
Credit: VargaA via Wikimedia Commons

Charcoal played an important role throughout the Stone Age, the Bronze Age, and the Iron Age. Why? Very few elements (noble metals and copper in very limited quantities) occur naturally in their pure form. Elements usually occur bound with other elements forming compounds, and typically occur in a mixture with other compounds. Heat is usually applied to break the compounds or melt the element to produce the raw material needed for manufacturing, such as copper and iron.

Later, in our lesson on metals, we will see that this temperature is insufficient to melt pure iron, which is why the processing of impure iron (iron plus carbon) was developed first. Impure iron has a much lower melting temperature than pure iron. We will see that an advanced design furnace coupled with a hotter burning fuel source (coke, a form of coal) was needed to obtain pure molten iron. 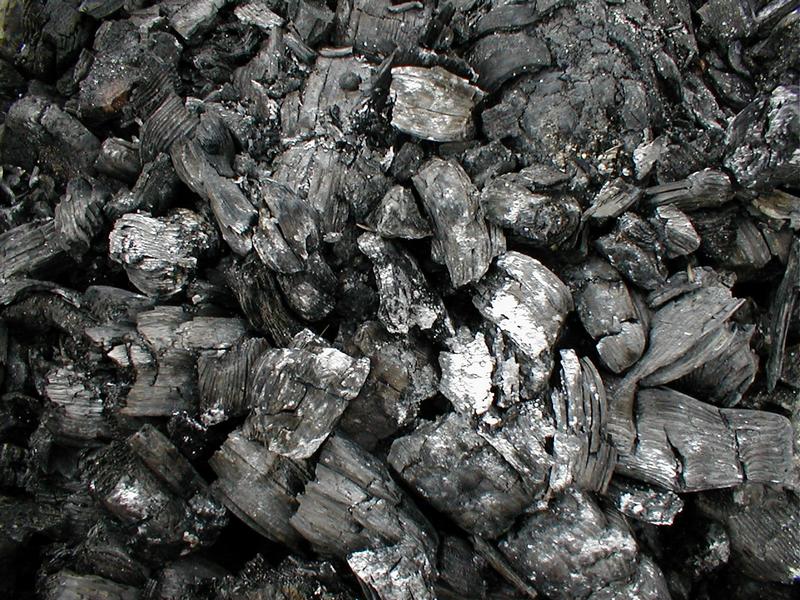