As mentioned before, near the end of the Stone Age, six civilizations that emerged that satisfied the requirements considered necessary for the Neolithic Revolution. If you look at the map below, you can see that there were two New World civilizations and four Old World civilizations, along with their names. 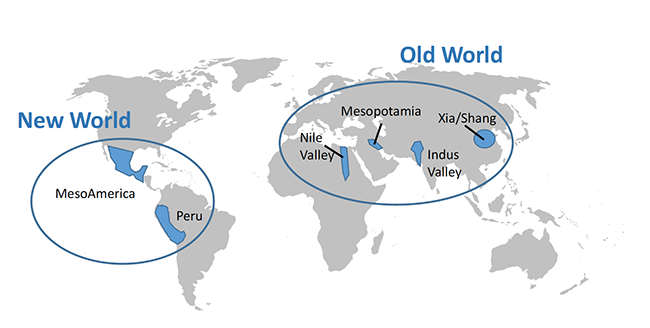 The four Old World civilizations had two very important advantages over the two New World civilizations. Namely, they were situated along great river systems and, being more numerous, had a more robust trade system in place. The great river systems were very important components in trade, but possibly of equal or greater importance was the benefit of annual flooding. Annual flooding reinvigorates farmland and, before the advent of modern farming techniques, allowed for the successful growth of crops year after year over multiple decades without the need for artificial fertilizers or crop rotation management schemes.

Two of the Old World civilizations, the Nile Valley and Mesopotamia, formed what has been called the Fertile Crescent, which is widely regarded as the birthplace of civilization. As can be seen in the figure below, both locations possessed great river systems and, due to their proximity, had well-established trade routes. At the close of the pre-Neolithic age, these two civilizations were experiencing increasing populations, had extensive food production capabilities, and had several communities at similar stages of development. 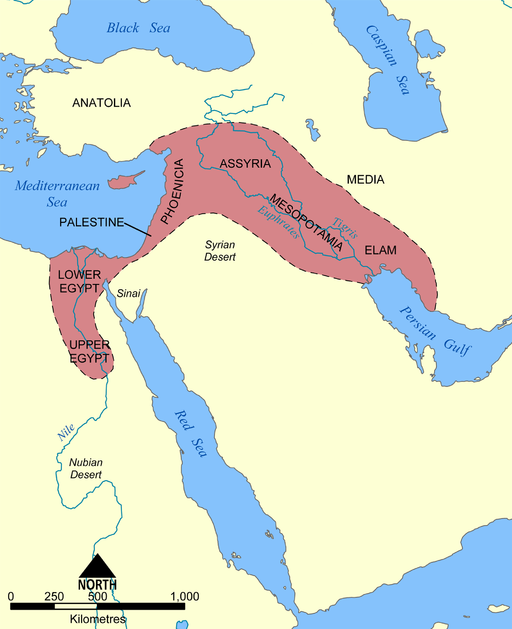