The mudbrick was developed during the pre-pottery (Aceramic) Neolithic Age. Mudbricks were composed of a mixture that might have included clay, mud, loam, sand, and water mixed with a material to inhibit crumbling such as straw or rice husks. This was another example of a composite material. The ceramic material (clay, mud, loam, sand) by itself could support compressive loads but could be easily pulled apart. The second component of the composite, straw or rice husks, reinforced the first material, making it more difficult to pull the mudbrick apart. Water was used to allow the brick to be easily formed during manufacturing.

Since the early civilizations were located in warm regions with very limited timber, early bricks were sun-dried. The bricks needed to be dried before installation. Otherwise, shrinkage and cracking would occur that would destabilize the building.

Before the usage of bricks, structures were limited to wood and piling of stone. Creation of the brick unleashed creative design of buildings, and the architect was born! Clay or mud (raw material) was readily available everywhere, as was the strengthening material, straw or rice husks.

Later gravel and bitumen were used for stronger bricks. Bitumen is a naturally occurring (thermoplastic) polymer that, when heated, becomes a liquid and, when cooled, becomes solid. It is a black, tar-like substance with a consistency similar to cold molasses. Adding bitumen to bricks makes them both waterproof and much stronger. Bitumen is a mixture of hydrocarbons, which contains anywhere from 50 to thousands of carbon atoms. It is found in nature in rock asphalt, lake asphalt, and near other fossil fuels. In addition to being a structural improvement, bitumen, and crude oil sometimes found near bitumen deposits, provided fuel for brick kilns. 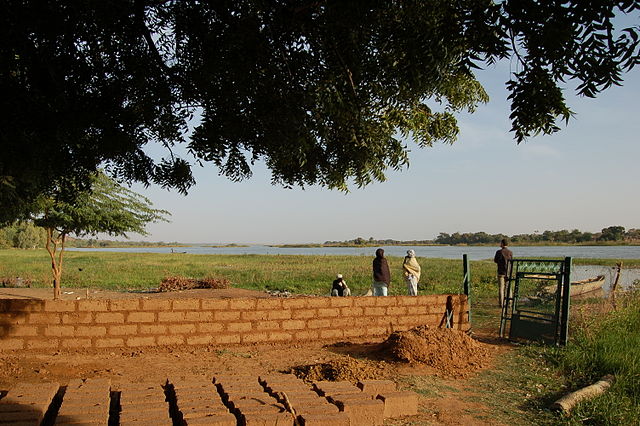 Constructing a house out of mudbricks.
Credit: diasUndKompott via Wikimedia Commons 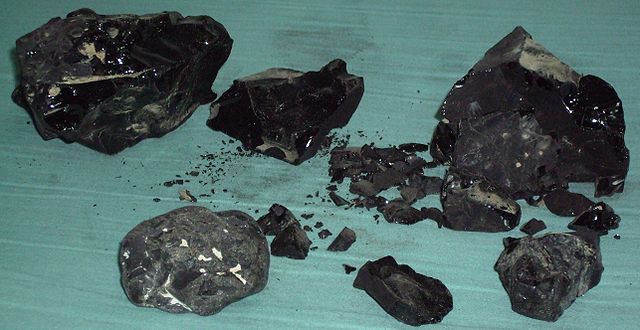