The development of pottery in Mesopotamia was important for the storage of food protected from moisture and insects. Pottery takes clay and water which, in the proper proportions, form a mass that can be readily shaped. Once in the desired shape, the piece is dried to remove the water and then fired to improve mechanical stability. Clay was readily available and thus an inexpensive material to use.

Initially, unfired clay was used to line woven baskets. Although these unfired clay baskets were not particularly robust they did provide much-needed waterproofing. Possibly one of these early clay-lined woven baskets was discarded at the end of its usefulness. One could suppose that at some point the discarded basket was put into a fire to dispose of it. Later, in the cooled coals, someone could have discovered pottery shards and had the eureka moment where they realized that the firing of clay structures would produce pottery.

The development of pottery occurred in Mesopotamia around 7000 BCE. The invention of the pottery wheel occurred in Mesopotamia sometime between 6000 and 4000 BCE. The earliest ceramic objects (figurines) known have been found in what is now the Czech Republic and have been dated as being created between 29,000 and 25,000 BCE. The earliest pottery has been found in China and dates from around 18,000 BCE. In 10,000 BCE, Japan was using roping or coiling to produce pots. In the videos of this lesson, Secrets of the Terracotta Warriors, you will see that coiling was the method used to produce these warriors.

The Near East, at the end of the Neolithic Age (c.a. 4500 BCE), had mastered fire to produce and/or modify a number of materials. They had flint tools and weapons, buildings of mudbrick with plaster finish, pottery, well-established trade routes from Mesopotamia to the Indus Valley, and a robust agrarian economy. Discussions about the Bronze Age and the Iron Age await us when we get to the lessons on metals and metal alloys. But now, let's take a look at what is materials science and engineering. 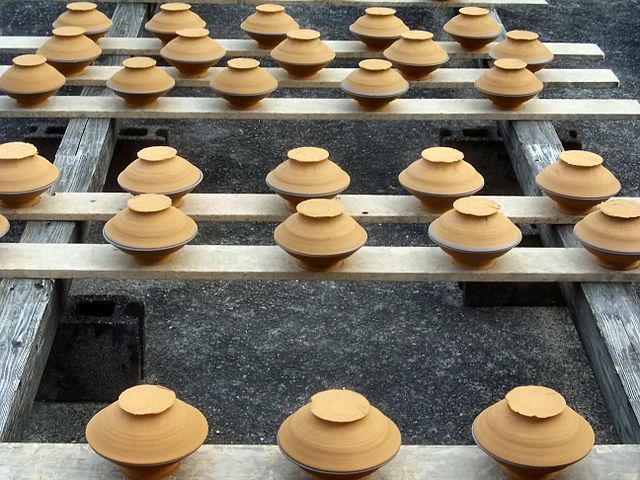