While we often conceptualize landscapes through still or static images, landscapes themselves are inherently dynamic. They change over time — sometimes dramatically within a short period, as anyone who has witnessed economic and demographic shifts in the place where they live can attest. Topography is altered by hand or heavy equipment; trees, bushes, and flowers are removed or planted; buildings are raised or razed; old businesses close and new ones take their places, sometimes changing the facades of buildings. For example, the landscape of Times Square in New York City changed drastically during the 1990s, when a large-scale revitalization transformed from a seedy red-light district full of peep shows and porn shops into a thriving theatre district and tourist destination (for more on the history or to see photos before and after the transformation, see Chakraborty, 2016 or McMenamin, 2015).

Similarly, while landscapes may look settled, they embody a set of conceptual and material tensions. As Wylie argues at the outset, “landscapes are tension” (2007, p. 1). He lays out four sets of tensions that permeate landscapes: proximity vs distance (are we in the landscape or do we only observe it from a distance?), observation vs inhabitation (do we observe the landscape or do we live in it?), eye vs land (is it a way of perceiving the world as we find in art, or is it a tangible thing?), and culture vs nature (is landscape a human expression or are they produced by physical processes?).

Take a moment and revisit the two images in section 6.4. Consider the tensions identified by Wylie as you look at them. How do these tensions manifest in the images?

The answer to all of the questions prompted by Wylie, of course, is yes. We are both close to and distant from the landscape; we both observe and live in it. Likewise, it is both a tangible, material object and an artistic and aesthetic way of looking at that object — and that object is something that both humans and natural processes have active hands in shaping. Thus landscape exists in several contemporaneous states of tension that describe its formation, the ways we perceive and think about it, and our interactions with it.

Here we want to flesh out Wylie’s points with three assertions. First, as landscape is both a tangible thing and a way of seeing, it is also a symbolic object. By symbolic here, we mean that landscape performs a kind of symbolic labor; that is, any given landscape symbolizes something. What it symbolizes is culturally constructed, both at the broad scale of the nation and at the narrower scale of various political and subcultural groups (see also Till, 2004).

For example, an image of family-run farms dotting a rolling, green countryside might variously symbolize the stewardship of the land, Christian values, the vast and only semi-visible network of food production, a simpler life, or a tradition that is disappearing with the rise of corporate farming. All of these interpretations are valid within the cultural context of the United States. They can be strategically deployed (e.g., projected among a series of other images during the National Anthem to provoke a sense of nationalism), but the results will vary with the audience. That is, landscape imagery does not have a uniform significance or symbolism, even within a given culture. A person’s socioeconomic status, political leanings, place identity, occupation, or knowledge of the processes that go into creating that particular landscape, inevitably impact how they receive a given landscape image. We will reiterate this point throughout the lesson.

Second, as landscapes are physical objects, they are produced by various forces and actors in the world. The natural landscape exists prior to human activity, and it is inherently unstable to begin with. Gradual forces such as weathering, erosion, and deposition create a slowly-changing canvas which more sudden events such as earthquakes, floods, and wildfires can alter radically in the course of weeks, days, or hours. Human activity has equally broad-scale consequences for the landscape: we habitually change the landscape through agriculture, infrastructure, settlement, and urbanization — as well as through resource extraction in places we don’t think of as habitats (e.g., mining and forestry). Even our attempts to preserve the natural landscape lend a human element, as with the shift away from fire suppression to controlled burns in national parks.

And just as landscapes are produced, they are also consumed by people. We have already noted that landscape performs a symbolic function. Consider, for example, the song “America the Beautiful,” which begins:

O beautiful for spacious skies,
For amber waves of grain,
For purple mountain majesties
Above the fruited plain!

In fact, the song is bookended by descriptions of the landscape — the last verse mentions the country’s gleaming “alabaster cities” and the chorus uses landscape imagery to situate the extent of the state “from sea to shining sea.” In this case, the beauty of both natural and cultural landscapes (and the fecundity of the former) is presented as a central feature of America’s appeal. The descriptions of these landscapes are meant to instill a sense of patriotism in the listener, while also claiming specific territory and demarcating the boundaries of the state.

Yet these symbolic uses of landscapes are not the only ways that people consume them. We habitually consume and analyze landscapes in order to gain information about the world around us. Whether we are looking through the window of an airplane, train, or car as we travel across long distances or we are scanning the streets and storefronts of an unfamiliar city or neighborhood, we are looking to the landscape to give us clues about the place in which it exists. In this regard, we can think of landscapes as texts that we read (see Duncan & Duncan, 1988). We will return to this more extensively in section 6.6.

Finally, landscapes are both controlled and contested. To address the first part of this statement, landscapes are things that landowners (be they public or private, collectives or individuals) control. To what degree they control them varies — from a vacant parcel overgrown with brush and vines or the crumbling facade of a brick rowhouse to a carefully manicured golf course or a stately mansion with a new roof and a perfectly weeded flower garden — and this may indicate how invested the landowner is in caring for the space.

It should also be noted that control does not necessarily equate to authenticity or innocence. Having control over the landscape, to some extent, means controlling the visual language of that landscape. For example, homeowner associations and historic districts can create policies that force homeowners to conform to certain architectural standards including paint colors, vegetation, and lawn maintenance standards.

Having control can also mean exaggerating certain of the landscape’s features, including its inhabitants. The pagodas of San Francisco’s Chinatown, for example, were carefully designed to heighten visibility of the presence of the Chinese community through highly exoticized and atypical uses of traditional architectural features (Davis & Mars, 2018). Similarly, the preservation of traditional architecture in Bhutan is part of the government’s Gross National Happiness development strategy. In this context, cultural preservation serves to reinforce the unique identity of the Bhutanese people; preserving the traditional characteristics of the built environment is thought to reinforce a national identity and to promote happiness through a strong sense of identity tied to, and reflected by, the landscape (Chimi, 2019). 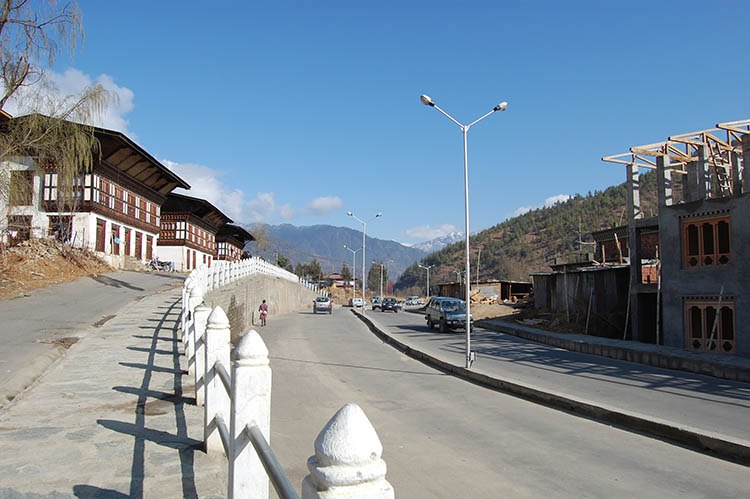 Yet that control can give way to other actors as people contest a given landscape. That is, landscapes can be altered by people who lack the legal authority to change them. This can be destructive, as in the case of graffiti or vandalism. 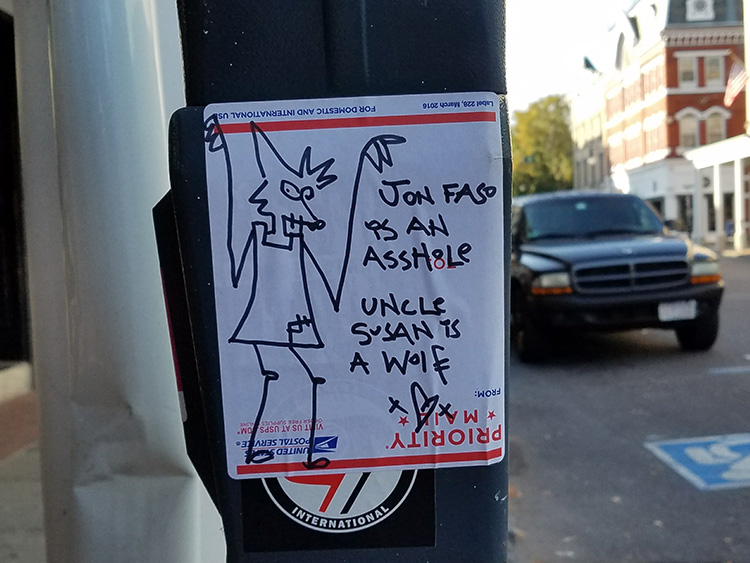 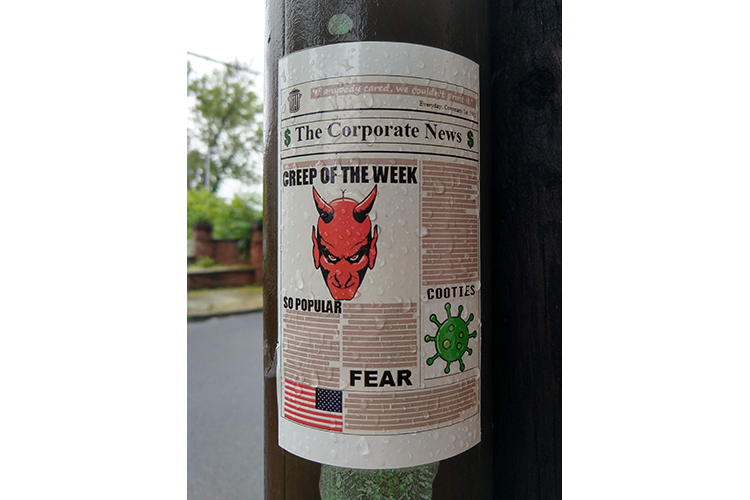 Yet illicit changes to the landscape are not necessarily destructive. Consider, for example, flowers sneakily planted on public land by guerrilla gardeners to beautify otherwise desolate urban landscapes. Or yarn bombing, in which people wrap objects in the landscape with knitted or crocheted coverings. 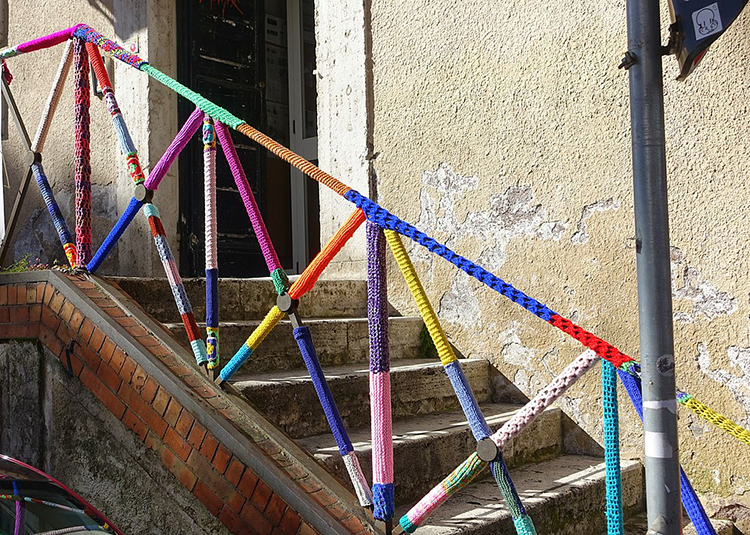 It is important to remember that landscapes also contain moving elements, including cars, people, and animals. These, too, can constitute or disrupt the landscape as they flow through (or refuse to flow through) the space. Parades and protests alike thus contribute to our experiences and understanding of landscape.

McMenamin, M. (2015, July 24). “From dazzling to dirty and back again: A brief history of Times Square.” MCNY Blog: New York Stories (blog), Museum of the City of New York.