Perhaps the most widely discussed and the most controversial of geoengineering schemes involves solar radiation management. Rather than reducing greenhouse gas concentrations, as in the other schemes we have looked at so far (CCS and Air Capture), this geoengineering approach instead seeks to offset the warming effect of increasing greenhouse gas concentrations by reducing short wave radiation received at the Earth's surface. There are a number of ways to do that. Some involve decreasing the amount of solar radiation reaching the surface—this might be thought of as effectively modifying the value of the solar constant, while others involve increasing the surface albedo.

One could consider the introduction of sulphate aerosols into the lower troposphere, which as we know has offset some of the greenhouse warming over the past half century, as such a form of geoengineering. However, since geoengineering, strictly speaking, involves the intentional manipulation of the Earth System, we tend to consider this as an unintended human impact on the climate, much as greenhouse warming, or deforestation, or many other changes in land surface properties due to human influences, are unintentional human impacts.

Nonetheless, these unintended human influences on the climate provide some insight into how intentional forms of manipulation of the short wave radiative forcing of the Earth's surface might potentially be used to offset greenhouse surface warming. For example, we could choose to remove sulphur scrubbers from smokestacks or, in the case of emerging coal users such as China, intentionally not install these scrubbers. We have already seen that the current sulphate aerosol burden is equivalent to us not having emitted a certain amount of CO2. In other words, measured in terms of CO2 concentrations, the mean cooling effect of tropospheric sulphate emissions can be thought of as a sort of a "free pass" for some share of the CO2 concentration increase we have seen so far.

Do you happen to remember how the mean cooling effect of tropospheric sulfate aerosols can be expressed in terms of CO2 concentrations? This is equivalent to all of the CO2 emitted since what year?

If you said -60 ppm of CO2, that is correct.
And given current levels of ~410 ppm, that's equivalent to all of the CO2 that has been emitted in the last 30 years!

So, as far as global mean temperatures are concerned, maintaining the current sulphate aerosol burden has the equivalent offset influence on global mean temperature as the increase in CO2 levels seen over the past thirty years. Yet, there are reasons why this sulphate aerosol production is undesirable: acid rain, for example. Even maintaining the aerosol burden at its current level has a cost in terms of acid rain, air pollution, etc. Any increase in tropospheric sulphate aerosols would exacerbate these problems. And as the forcing is only local-to-regional in nature (i.e., we only see the cooling effect of these tropospheric aerosols where they are produced or within a thousand or so miles downstream of that), any global mean cooling effect comes as a result of a large cooling effect in those regions, with no cooling effect at all in other regions—these other regions would feel the full brunt of future greenhouse warming!

An alternative approach involves instead loading the stratosphere, rather than the troposphere, with sulphate aerosols. This is, once again, a geoengineering solution that attempts to mimic what nature does anyway—in the form of explosive volcanic eruptions! 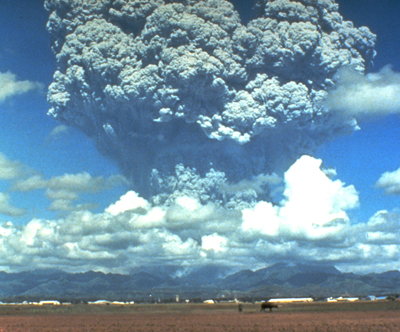 So, the idea is that we inject into the stratosphere the equivalent of a major Pinatubo-like eruption every so often, enough to offset the fraction of the warming resulting from increasing greenhouse gas concentrations.

Do you recall the answer from the problem set? Or if not, want to guess?

Answer: We calculated that it would require a Pinatubo-style eruption once every six years.

In a relatively rosy scenario that we can keep atmospheric CO2 levels to no more than twice the pre-industrial levels, we would need an artificial Pinatubo-magnitude aerosol loading of the stratosphere every six years. For higher CO2 levels, we would have had to do this even more often. What sort of technology could we use to do this? Well, on the plus side, there is ready supply of sulphate aerosol available. The aerosols are a by-product of industrial activity after all, the very cause of the tropospheric sulphate aerosol problem we have talked so much about before. Various schemes have been envisioned for transporting the aerosols to the stratosphere, involving either self-releasing containers of sulphate aerosols launched from the surface, or a direct release of the aerosols from jet planes flying in the lower stratosphere. 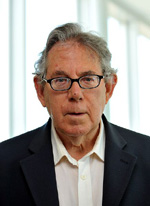 How sensible and safe is this idea? Is any approach that emulates what nature does already harmless? Or might it be "too much of a good thing" (to quote Shakespeare)? Some very respected scientists have advocated the approach, including Paul Crutzen, co-recipient of the 1995 Nobel Prize in chemistry for his work on stratospheric ozone depletion, and NCAR climate scientist Tom Wigley, among others. Their primary argument in favor of employing this approach is that we are unlikely to be able to effect the policy changes in time to avoid breaching DAI (dangerous anthropogenic interference with the climate system) through reduction of emissions alone (or CCS or Air Capture) and, therefore, may need a geoengineering scheme such as stratospheric sulphate aerosol injection to avoid dangerous climate change.

But there are certainly potential pitfalls. We will look at these in more detail later in the lesson. For one, the pattern of cooling, just like for a large volcanic eruption, is not uniform. Resulting changes in atmospheric circulation cause heterogeneous temperature changes, with some regions cooling significantly, and other regions potentially warming. For example, parts of the Arctic might actually warm rather than cool, which would exacerbate Arctic sea ice loss and perhaps the rate of melting of the Greenland ice sheet. These same changes in atmospheric circulation lead to shifts in precipitation patterns, such that many continental regions are likely to dry, meaning adverse impacts on water supply. Moreover, we know that sulphate aerosols can worsen stratospheric ozone depletion. Other approaches to solar radiation management might avoid some of these problems, but in general are either prohibitively expensive, e.g., placing reflecting solar mirrors in space, or require a scale of deployment that is not easily attainable, e.g., increasing the albedo of the Earth's surface by painting roofs and roads white, etc., or cloud seeding on a massive scale. Moreover, since the solar management approaches do nothing to stem the tide of increasing CO2 levels, they do nothing to mitigate the very serious threat of ocean acidification.

One selling point of solar radiation management schemes is that they can be deployed quickly, contrasting with the very slow, deliberate pace of greenhouse gas mitigation approaches. However, this speed might also be a pitfall. Were we to seek to offset substantial increases in greenhouse gas concentrations by such geoengineering schemes, we would become greatly reliant on their maintenance. In the event of war, economic collapse, sabotage, or any number of crises that might interfere with deployment schedules, there would be the very real danger of climate changes far more abrupt than would occur due to anthropogenic climate change alone; we could potentially unmask the previously hidden greenhouse warming due to decades of emissions in just a matter of years!