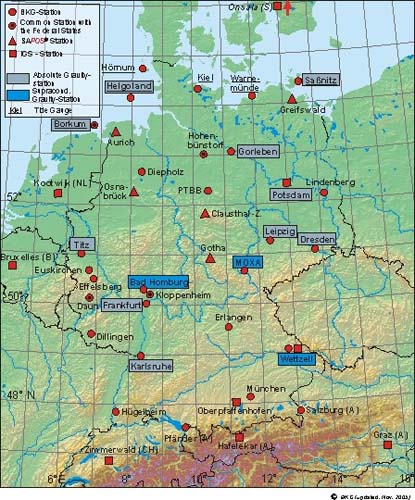 There is no question that RTK dominates the GPS/GNSS surveying applications. It is applicable to much of engineering, surveying, air-navigation, mineral exploration, machine control, hydrography, and a myriad of other areas that require high accuracy in real-time. However, the requirements of setting up a GPS/GNSS reference station on a known position, the establishment of an radio frequency transmitter and all attendant components before a single measurement can be made are both awkward and expensive. This, along with the baseline limitation of short baselines, 10 to 20 kilometers, usually shorter, has made RTK both more cumbersome and less flexible than most surveyors prefer. 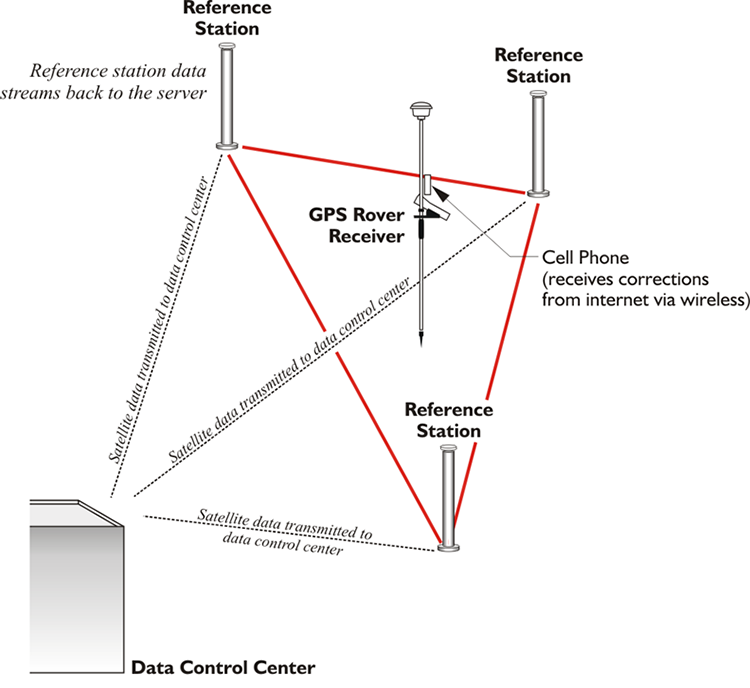 In an effort to alleviate these difficulties, services have arisen around the world to provide RTCM real-time corrections to surveyors by a different means. Real-Time Networks, RTN, have been implemented by both governments and commercial interests. The services are sometimes free and sometimes require subscription or the payment of a fee before the surveyor can access the broadcast corrections over a data link via a modem such as a cell phone or some other device. Nevertheless, there are definite advantages including the elimination of individual base station preparation and the measurement of longer baselines without rapid degradation of the results. These benefits are accomplished by the services gleaning corrections from a whole network of Continuously Operating Reference Stations, CORS, rather than just a single base. In this way, quality control is facilitated by the ability to check corrections from one CORS with those generated from another, and should a CORS go off-line or give incorrect values, other CORS in the network can take up the slack with little accuracy loss.

The central idea underlying RTN differential corrections is the combination of observations from several CORS at known positions used to derive a model of an entire region. So, rather than being considered as isolated beacons with each covering its own segregated area, the CORS are united into a network. The data from the network can then be used to produce a virtual model of the area of interest. From this model, distance-dependent biases such as ionospheric, tropospheric, and orbit errors can be calculated. Once the roving receiver’s place within that network is established, it is possible to predict the errors at that position with a high degree of certainty. Not only can the CORS network be used to model errors in a region more correctly, but the multi-base solution also can improve redundancy. Solving several baselines that converge on a project point simultaneously rather than relying on just one from typical RTK adds more certainty to resulting coordinate.

Implementing an RTN requires data management and communication. The information from the CORS must be communicated to the central master control station where all the calculations are done. Their raw measurement data, orbits, and so forth, must be managed as they are received in real-time from each of the CORS that make up the network. Along with the modeling of the distance-dependent errors, all the integer ambiguities must be fixed for each CORS in real-time. This is probably the most significant data processing difficulty required of an RTN, especially considering that there are usually large distances between the CORS. To accomplish it, postcomputed ephemerides, antenna phase center corrections, and all other available information are brought to bear on the solution such as tropospheric modeling and ionospheric modeling. Modeling is subject to variation in both space and time. For example, ionospheric and orbit biases are satellite specific, whereas tropospheric corrections can be estimated station by station. But the ionospheric, dispersive, biases change more rapidly than the tropospheric and orbit biases, which are nondispersive. Therefore, ionospheric corrections must be updated more frequently than orbit and tropospheric corrections. And while it is best to keep the modeling for ionosphere within the limited area around three or so CORS, when it comes to tropospheric and orbital modeling, the more stations used, the better.

Finally, the pseudorange and/or carrier phase residuals must be determined for the L1, L2 and/or L5 by using one of many techniques to interpolate the actual distance-dependent corrections for the surveyor’s particular position within the network. Then the subsequent corrections must be communicated to the surveyor in the field, which typically requires the transmission of a large amount of data. There is more than one way the correction can be determined for a particular position within an RTN. So far, there is no clear best method. 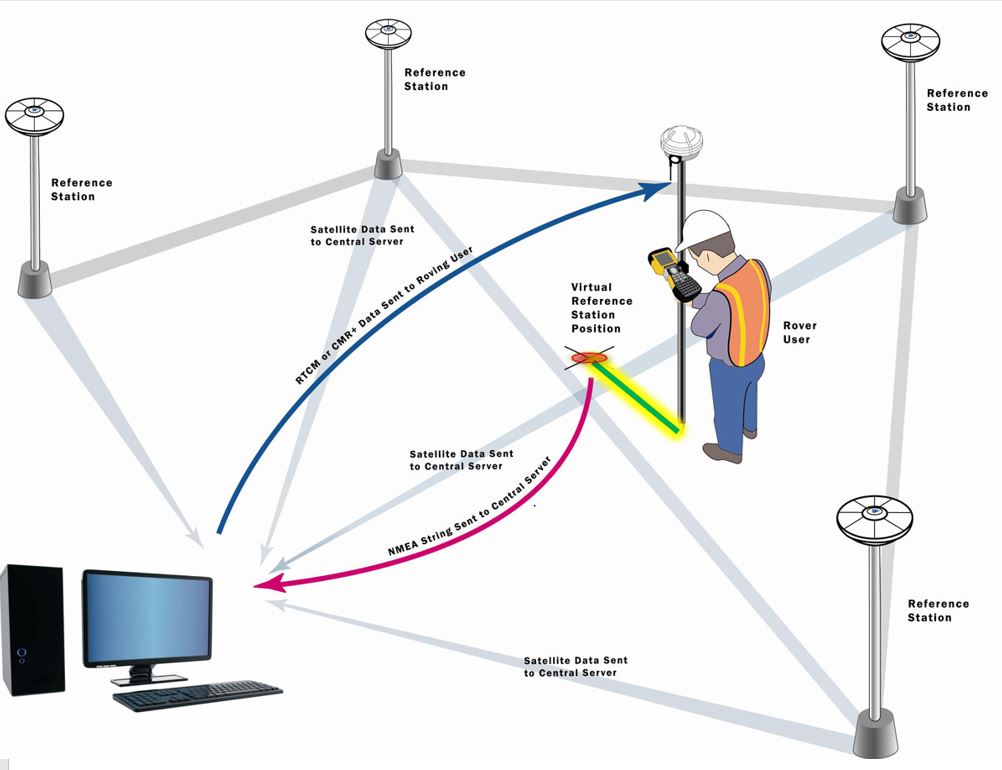 One approach is the creation of a position sometimes known as a Virtual Reference Station, VRS, and the attendant corrections as shown in the illustration. This approach requires a two-way communication link. Users must send their approximate positions to the master control center, usually as a string in the standard format that was defined by the National Marine Electronics Association (NMEA). The master control center returns corrections for an individual VRS, via RTCM and then the baseline processing software inside the rover calculates its position using the VRS, which seems to the receiver to be a single nearby reference station. Another method involves sending basic RTK type corrections. Or the system may broadcast raw data for all the reference stations.