Russia’s (Globalnaya Navigationnaya Sputnikovaya Sistema, Global Orbiting Navi­gation Satellite System), known as GLONASS, did not reach full operational status before the collapse of the Soviet Union. Its first of the Uragan satellites reached orbit in October 1982, a bit more than 4 years after the GPS constellation was begun. There were 87 Uragan satellites launched, and a nearly full constellation of 24 made up of 21 satellites in 3 orbital planes, with 3 on-orbit spares was achieved in 1996. However, only about 7 healthy satellites remained on orbit about 1000 km lower than the orbit of GPS satellites in 2001. And the remaining 7 were only expected to have a design life of 3 years. The situation was not helped by the independence of Kazakhstan, subsequent difficulties over the Baikonur Cosmodrome launch facility, and lack of funds. The system was in poor health when a decision was taken in August 2001 outlining a program to rebuild and modernize GLONASS. Improvements followed. 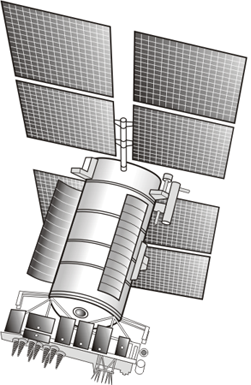 Today, Russia’s GLONASS is operational and has worldwide coverage. A complete GLONASS constellation of improved satellites is in place at the altitude of 19,100 km inclined 64.8 degrees toward the Equator as shown in the illustration. The original GLONASS satellite was the Uragan. It was first launched in 1982 and had an intended life-span of 4 years. Compared with the Uragan satellites, the Uragan-M have several new attributes. These satellites have improved antennas, an increased lifetime of 7 years, improved solar array orientation, better clock stability and better maneuverability. They are 3-axis stabilized, have on-board cesium clocks. Launched between 2001 and 2014, they were augmented with an L2 frequency for civilian users in 2004. These satellites comprise most of the current GLONASS constellation. 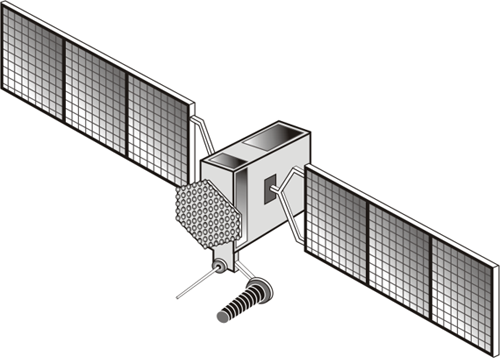 The GLONASS K satellite is lighter than the Uragan-M. It has an unpressurized bus, a 12 year service life, and costs less to produce. These satellites also carry the international search and rescue instrument COSPAS-SARSAT. As the Uragan-M satellites age, they will be replaced by the smaller GLONASS-K satellites. 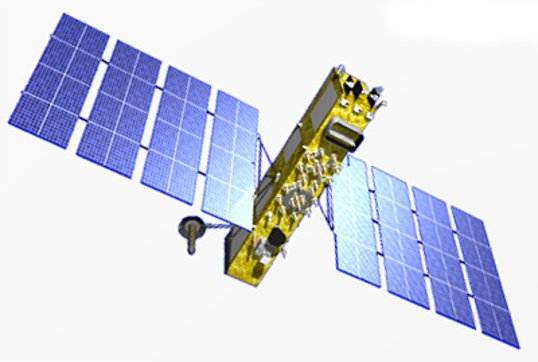 They will be followed by further improved versions known as GLONASS-K2. It will be launched around 2022. A passive hydrogen maser (PHM) will be validated onboard. A later improvement is known as GLONASS-KM. It is in research phase will be launched around 2025.  As shown in the illustration, the K version of the GLONASS has a transmitter for a third L-band civilian signal. As you know, we've talked about L5, the new carrier. They will soon be available on the GPS constellation, and the GLONASS constellation is following somewhat the same pattern. The plan is to have a carrier that will be available on a third frequency for the civilian users. 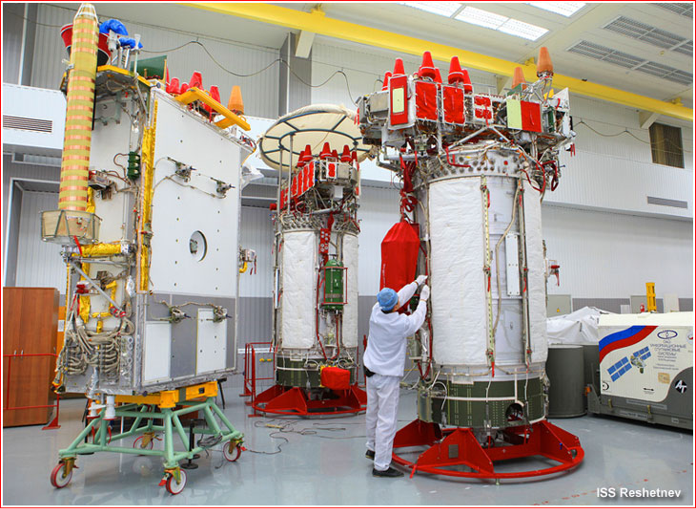 ‹ GNSS up GLONASS Satellites and Signals ›