There are many efforts underway to improve the GLONASS accuracy. The stability of the satellites’ onboard clocks has improved from 5 x 10–13 to 1 x 10–13 over 24 hours with precision thermal stabilization. The GLONASS Navigation Message will include the difference between GPS time and GLONASS time, which is significant. There are no leap seconds introduced to GPS Time. The same may be said of Galileo and BeiDou. However, things are different in GLONASS. Leap seconds are incorporated into the time standard of the system. Therefore, there is no integer-second difference between GLONASS Time and UTC as there is with GPS. The effect is that there's a difference between the time standards in terms of integer seconds, whole seconds, and that difference changes from time to time. 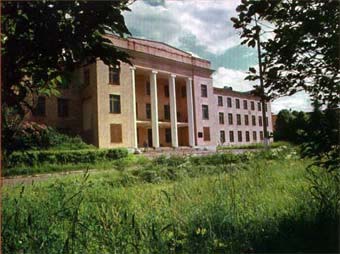 Still, that is not the whole story. The version of UTC used by GLONASS is the Coordinated Universal Time of Russia. The epoch and rate of Russian time, relative to UTC (BIH), is monitored and corrected periodically by the Main Metrological Center of Russian Time and Fre­quency Service (VNIIFTRI) at Mendeleevo (Moscow Region). 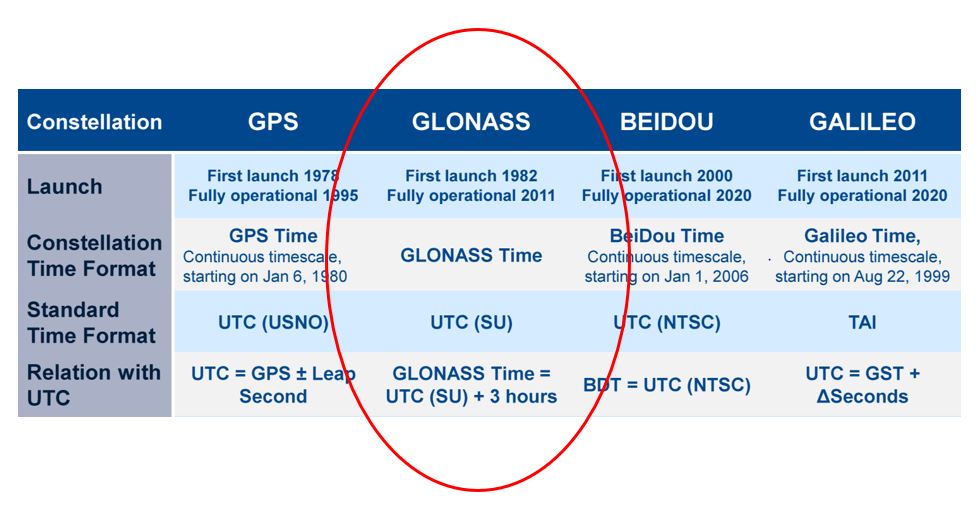 They establish the regional version of UTC known as UTC(SU). There is a constant offset of 3 hours between GLONASS Time and UTC (SU). GLONASS Central Synchronizer,CS, time is the foundation of GLONASS time, GLONASST. The GLONASS-M satellites are equipped with cesium clocks which are kept within 8 nanoseconds of GLONASST.

The phase center of the satellite’s transmitting antennas is provided in the PZ-90.11 Earth-Centered Earth-Fixed reference frame in the same right-handed three dimensional Cartesian coordinate system described in earlier lessons. All GLONASS satellites broadcast in accordance with PZ-90.11 (close to ITRF2000).  They started to do so at 3:00 pm on December 31, 2013.

The GLONASS constellation currently has 30 operational satellites on orbit.

‹ GLONASS Satellites and Signals up Galileo ›