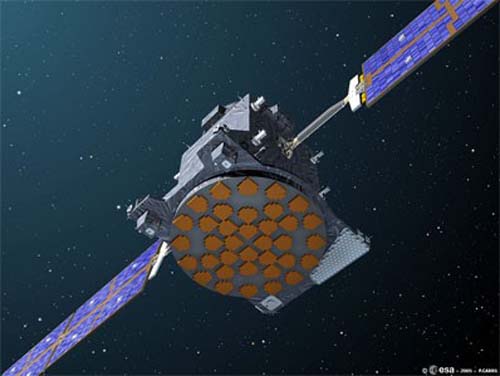 The European Union’s civilian-controlled Galileo system is approaching operational status. The satellites are on orbit at a nominal height of about 23,222 km above the Earth. There are currently 22 usable satellites on orbit. The full constellation will include 30 satellites in 3 planes, 10 in each plane higher than the GPS constellation. There are four carriers: E5a (1176.45 MHz), E5b (1191.795 MHz), E6 (1278.75 MHz) and E2-L1-E1 (1575.42 MHz). Galileo is intended to have worldwide coverage. It uses CDMA as its access scheme. And it will be interoperable with GPS and GLONASS. 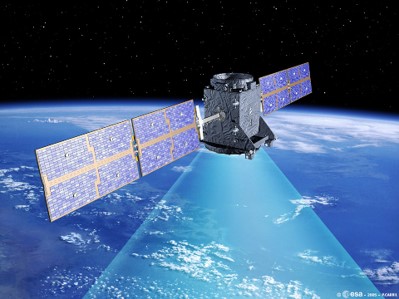 Just over a dozen years after the idea was first proposed, the work on Galileo cul­minated in the launch of GIOVE-A (Galileo In Orbit Validation Experiment-A) on December 28, 2005. The name GIOVE, Italian for Jupiter, was a tribute to Galileo Galilei, discoverer of Jupiter’s moons. The first follow-on satellite GIOVE-B was launched in 2008. It was more like the satellites that will eventu­ally comprise the Galileo constellation than was GIOVE-A. One of the motivations for launching GIOVE-A and GIOVE-B was to allow European gov­ernment authorities to register their Galileo frequencies with international regulators at the International Telecommunications Union. Registration is necessary to prevent the frequency registration from expiring. They did their job and bought time for Europe to build additional satellites without facing a confiscation of its frequency reservations. The experimental satellites also facilitated investigation of the transmitted Galileo signals and provided measurements of the radiation environment. GIOVE-B also demonstrated the utilization of a hydrogen maser frequency standard. Both satellites did their job and were retired in 2012. 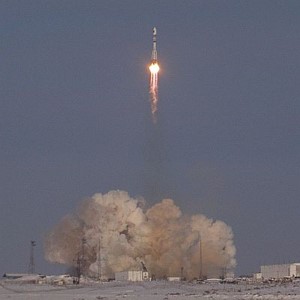 Two In-Orbit Validation (IOV) satellites were launched from French Guiana in 2011 and two more in 2012. They are Galileo-IOV PFM (GSAT0101, Thijs), Galileo-IOV FM2 (GSAT0102, Natalia), Galileo-IOV FM3 (GSAT0103, David) and Galileo-IOV FM4 (GSAT0104, Sif). The first ground location using these four satellites was accomplished at the European Space Agency’s, ESA, Navigation Laboratory in Noordwijk, the Netherlands in 2013. The fifth and sixth Galileo satellites were also launched from French Guiana in 2014. The satellites initially entered elliptical orbits instead of the required circular orbits. These IOV Galileo satellites have been launched aboard Russian Soyuz rockets, and it is possible that the orbit difficulty was caused by a malfunction of the third stage of the Soyuz launch vehicle. In 2014 Galileo began to build Full Operational Capability (FOC). The most recent FOC satellites were the 4 launched together 7/25/2018

‹ GLONASS Time and Ephemeris up Galileo Signals and Services ›