The fourth GNSS system, joining those undertaken by the United States—GPS, Russia—GLONASS and Europe—Galileo, will be the Chinese-BeiDou. The system is named after the Big Dipper. 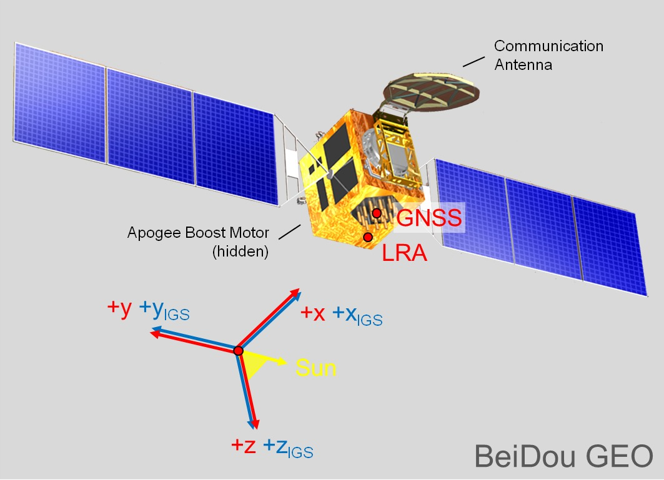 The first generation of the system is known as BeiDou-1. It is a regional satellite navigation system that services a portion of the Earth from 70°E longitude to 140°E longitude and from latitude 5°N to 55°N. It relies on 3 satellites with 1 backup. The first satellites were launched into geostationary (GEO) orbits in 2000; BeiDou-1A at 140º E longitude and BeiDou-1B 80º E longitude. A third satellite, BeiDou-1C joined them 3 years later at110.5º E longitude. With the launch of the fourth, BeiDou-1D in 2007 the first BeiDou-1 system was operational, regionally.

Beidou-2 (aka Compass) is the second generation of the BeiDou Navigation Satellite System (BDS). In 2007, Xinhua, the government news agency, announced that the People’s Republic of China National Space Administration would launch two more GEO satellites to open the way to a global Chinese Satellite Navigation system to replace the regional BeiDou-1.

From 2010 to 2011, the 5 high Earth orbit (HEO) BeiDou-2 satellites with sequential names from Compass-IGS01 to IGS05 were launched and achieved an altitude of approximately 38,000 km. The acronym IGOS means inclined geosynchronous orbit satellites. The IGS01, IGS02 and IGS03 satellite are at ~120°E. IGS04 and IGS05 are at ~95°E. All the IGSO satellites have an inclination of 55° and are arranged so that one of them is always over the Chinese region. The system began trial operations in late 2011 and followed with service to region bounded by 55°E longitude to 180°E longitude and latitude 55°S to 55°N. 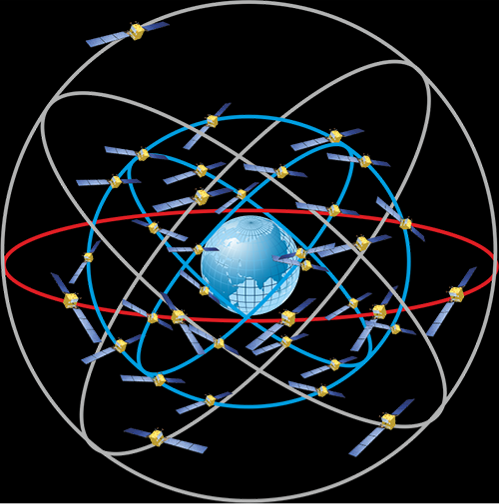 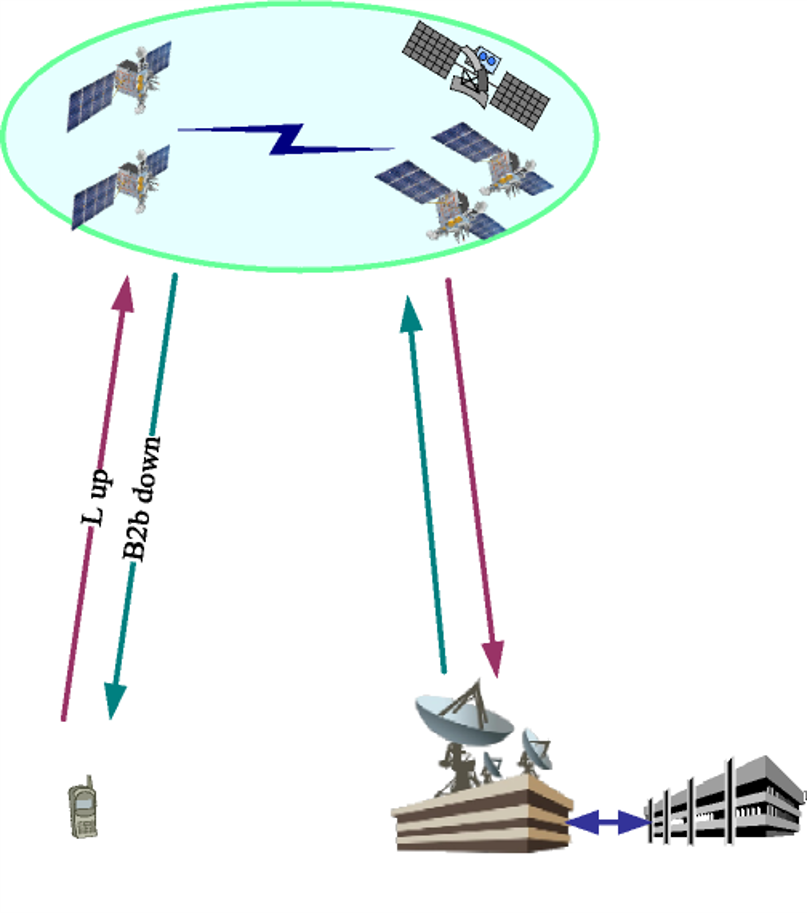 The future BeiDou is expected to support two different kind of general services: Radio Determination Satellite Service (RDSS) and Radio Navigation Satellite Service (RNSS). The RDSS will include a short message communication (guaranteeing backward compatibility with BeiDou-1). A satellite-based 2-way short message service in China and the surrounding areas (75 -135 ° E 10 -55° N) with a power of < 3W and a capacity of more than 10 million messages/hr using 3 GEO satellites. The RDSS Characteristics will include a global message service using inter-satellite crosslinks with 10W of power and a capacity of 200,000 messages/hr using 14 MEO satellites.  The Radio Navigation Satellite Service (RNSS) is very similar to that provided by GPS and Galileo and is designed to achieve a similar performance. 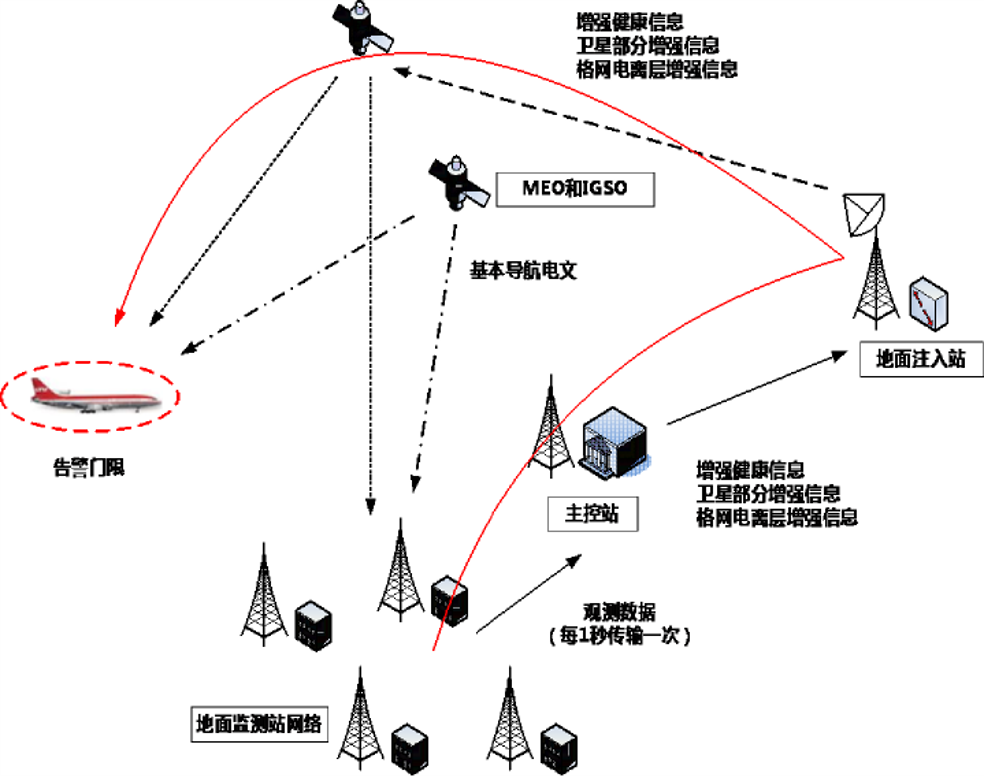 There are two navigation messages available from the BeiDou satellites. The MEO satellites and the IGSO satellites transmit the D1 NAV message which is similar to the GPS NAV message. The D1 message has 30-bit words and 10 word subframes, i.e., 300 bits. It is broadcast at 50 bps and has adequate capacity for almanac data for 30 satellites. It also includes time offset information for UTC and other GNSS system clocks.

The GEO satellites transmit the D2 message. It also has 30-bit words and 10-word subframes but is broadcast at 500 bps. The D2 message includes pseudorange corrections satellites in subframes 2 and 3 with enough capacity to accommodate corrections for 18 satellites. D2 has ionospheric corrections and clock corrections to other GNSS systems in subframe 5. This provides a unique service planned for the BeiDou Control/Ground Segment that has not been incorporated into other GNSS systems, a wide area differential correction available directly from the constellation rather than from a separate system. The BeiDou Ground Based Enhancement System (BGBES) network includes 150 reference stations; information from these stations provided is processed in the BeiDou Control/Ground segment and the resulting corrections are sent to the BeiDou GEO satellites. Those corrections are then broadcast by the GEO satellites via the D2 NAV message to the BeiDou user’s terminals (receivers). In other words, the GEO satellites provide satellite based augmentation (SBAS) for users in the region between 70° E. Longitude to 145° E. Longitude and 5° N. Latitude to 55° N. Latitude. While the BeiDou’s open service is said to offer positional accuracy of ~10m, the differentially corrected is expected to produce ~1m.

Within the same region, BeiDou also provides a short message service (SMS). Users are enabled to send up to 120 Chinese characters in each message. 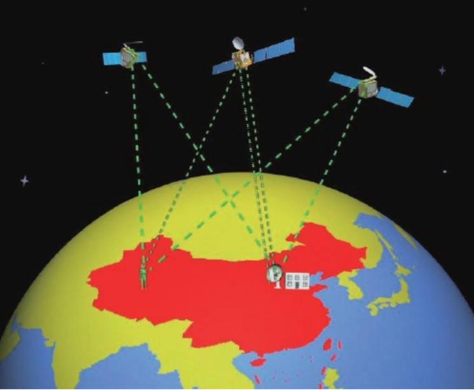 The MCS is responsible for the operational control of the system, including orbit determination, navigation messages, and ephemerides which are based on the China Geodetic Coordinate System 2000 (CGCS2000). CGCS2000 is the coordinate framework of the BeiDou System and is within a few centimeters of ITRF. The MCS also coordinates mission planning, scheduling, and time synchronization with BeiDou Time (BDT). BDT is synchronized within 100ns of UTC (NTSC) as maintained by National Time Service Center, China Academy of Science. BDT does not incorporate leap seconds. The leap second offset is broadcast by the BeiDou satellites in the navigation message. The initial epoch of BDT is 00:00:00 UTC on January 1, 2006. The offset between BDT and GPST/ GST is also to be measured and broadcasted in the navigation message.