Meet your summer instructor and the rest of the team

My name is Adam Benfield, I’m a first year Ph.D. student in the Department of Geosciences. My research focuses on understanding the response of landscapes to climate changes during the Quaternary Period. I mainly use pollen grains from trees and other plants preserved in lake or bog sediments to reconstruct vegetation communities and how they change over time. So far I’ve worked on cores from the Colombian Andes, Mono Lake, California, and most recently a large lake in Indonesia. I previously completed a Master's degree in Earth and Environmental Sciences at Lehigh University and did my undergrad here at Penn State.

Outside of work, I like to read, hike, garden, and do a plethora of other nerdy hobbies. I’m a big fan of traveling as I never got to travel much growing up but since majoring in Geosciences I’ve traveled to most of the US, Europe, Colombia, and, most recently, Oman. For those who are wondering, my favorite pollen grain is from the Giant Sequoia. 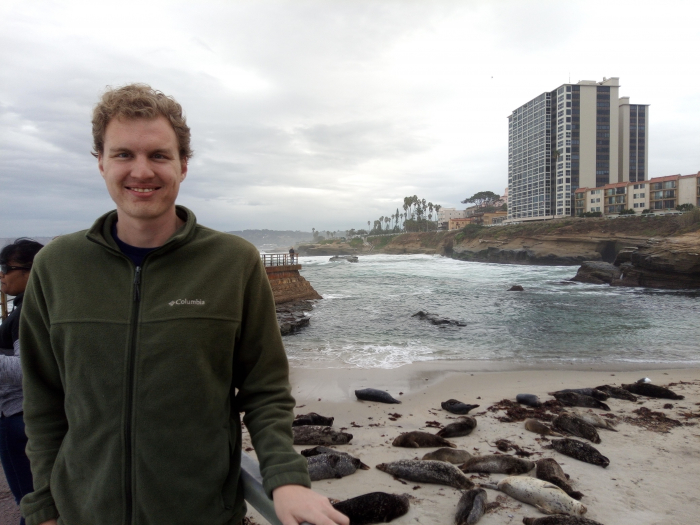 …and summiting a 14er in Colorado 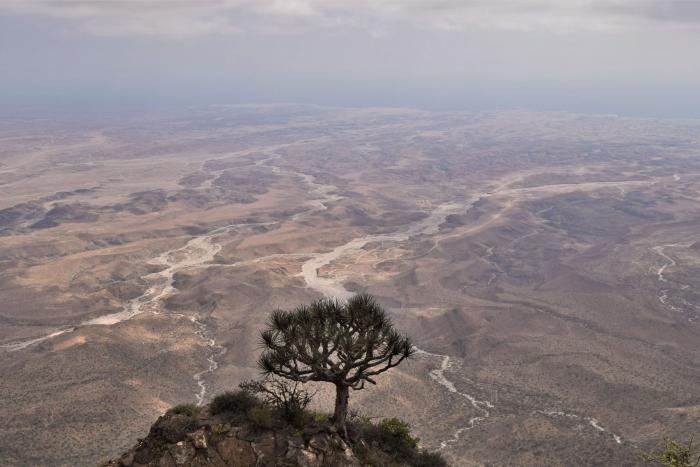 While I am your instructor this semester, it was a team of individuals who developed and authored this online version of GEOSC 10. First and foremost, this course was prepared by Dr. Richard Alley and Dr. Sridhar Anandakrishnan, both are professors in the Department of Geosciences at Penn State. You will literally see and hear both of them throughout the course via audio and video clips.

Sridhar Anandakrishnan is a geophysicist and a Columbia University and Wisconsin (Go Bucky!) graduate, who has been at Penn State off and on since 1992. Dr. "A" splits his time between teaching (this intro class, geophysics classes, and some math and computer related classes for geoscientists), service (committees, panels, talks to the public), and research (what's under the glaciers and will they melt?). He has spent a good chunk of his time in Antarctica doing research on and about the glaciers there. Go to the US Antarctic Program's newsletter for a flavor of life and work in Antarctica. When not in work mode, Dr. A's attention goes to the family, cats, bicycles, and gardening. Here is a brief video biography, "Interview with the Iceman".