We like to think that you signed up for this course because of your fascination with the natural world and the national parks. Believe it or not, our surveys show that many of you are fascinated by these topics. We also know that a lot of you are trying to satisfy a requirement for a degree. That is great—when what you want to do is what you have to do, we’re all happier. Anyway, here is a brief prologue about the course, the national parks, science and geology just to get us going. We’ll look more closely at some of these topics next time, after you’ve figured out how the course works. 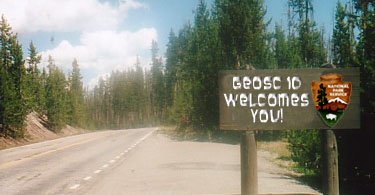 It would be fun to take you on a tour of all the national parks, learning a little about each. But Penn State would not give you General Education credit for such a course—you are supposed to be taking a tour of a field of knowledge, in this case, geology.

So, in this course we will take a tour of geologic ideas, but because some of the best geological features in the world are enshrined in the U.S. national parks, we can still "visit" these beautiful places, using them as illustrations—delving into park history and culture when we can—but concentrating on those things that show how the Earth works. 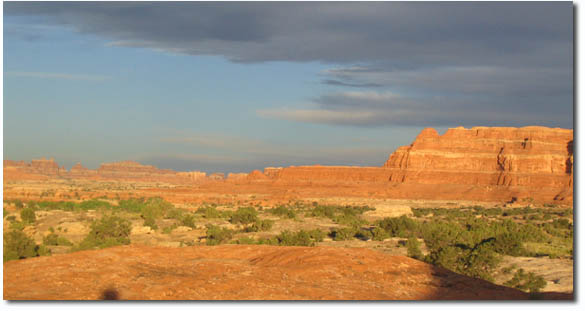 “Walk away quietly in any direction and taste the freedom of the mountaineer. Camp out among the grasses and gentians of glacial meadows, in craggy garden nooks full of nature’s darlings. Climb the mountains and get their good tidings, Nature’s peace will flow into you as sunshine flows into trees. The winds will blow their own freshness into you and the storms their energy, while cares will drop off like autumn leaves.”
—John Muir, Our National Parks , 1901, page 56

Societies have tried many different ways to deal with private versus group ownership. Private ownership often raises ethical questions—did you really come by that piece of land fairly? Can you claim for your king what was already occupied by other peoples? Do other species have land rights? Public ownership raises the “tragedy of the commons”—if I can sneak a few more of my sheep on the public green, I’ll gain in the short term, even if in the long term we all lose because the extra sheep kill the grass.

The idea of a National Park—taking the really choice pieces of the country and placing them under public control—is a U.S. idea, developed by the Washburn expedition to Yellowstone in 1870 and eventually enacted by Congress in 1872. Since then, the idea of national parks has spread across the nation and worldwide. Certainly, saving key scenic environments for the public domain is one of the great ideas of the modern world.

However, the national parks of the United States, and the world, face a grave dilemma. The act establishing Yellowstone and the concept of national parks specified “conservation... unimpaired for...future generations” and “to provide for the enjoyment” of the parks. Saving a wild region for the future while having it enjoyed by millions of visitors each year is perhaps the largest of many difficulties facing the parks.

“All our science, measured against reality, is primitive and childlike—and yet it is the most precious thing we have.”
—Albert Einstein. “Science knows no country, because knowledge belongs to humanity, and is the torch which illuminates the world.”
—Louis Pasteur, developer of vaccination, which has saved millions of lives.

Scientists enjoy a special place in our society. Their work is funded by both industry and governments. Scientists are invited to testify to Congress, sit on important advisory boards, and receive large cash awards from the Nobel Prizes. And students in our public schools and universities are required to take science courses (which may be why you are reading this). Why?

The simple answer is that science, when tightly wedded to engineering and technology, works. In the “laboratory” of the real world, the products of scientists and engineers are tested every day. Diseases are cured, oil is found, volcanic eruptions are predicted successfully, buildings are built that don’t fall down, aircraft of all kinds criss-cross the globe, and military hardware delivers large explosive devices to precisely selected coordinates. Assemble several groups of humans—perhaps a bridge club, a bunch of astrologers, a rock-music band, a TV-production crew, and a team of scientists and engineers. Give the teams some sand, some oil, and some appropriate ore minerals, and then ask the teams to produce a working computer. Odds are pretty good that only one of the teams will succeed, and you know which one. You probably wouldn’t want the scientists playing the guitars, but in their own realm, the scientists are uniquely successful.

Science is not a machine that produces truth when you turn the crank. In fact, because students inevitably “show up” their elders by discovering things that the elders missed, scientists know that they have not yet learned the truth. Scientists are people who make mistakes, lie and cheat and steal and otherwise screw up, just like people in other walks of life.

But, science differs from other human social activities because science is tested against reality. Ideas are tested over and over, and the ideas that fail repeatedly are set aside. Some ideas survive—we can’t prove them to be false. Remarkably, if we behave as if these remaining ideas are true, we can use them to succeed in many ways. These ideas remain conditional, because we might find better ones in the future. Science keeps track of what works and what doesn’t, saving future workers trouble.

Science is a meritocracy—good ideas tend to rise to the top no matter who originated them. (This may take a while, because scientists are human with human failings, you can find lots of examples in history when those human failings slowed down the progress of science; but the good ideas probably rise to the surface more easily in science than in almost any other human activity.) Science is an expensive way to gain knowledge—a big hammer for big problems. In the future, the trend probably will be toward smaller, more-local science to solve local problems. Science tests the scaffolding of its knowledge continually—a good scientist does not tiptoe around the tower of knowledge put up by earlier scientists, but tries to tear it down. Only those things sturdy enough to survive such attacks are saved; so the scientific edifice is exceptionally sturdy. But, because the scientific standards are so high, there are many areas where science has not been very successful yet. Those areas represent the challenges to the scientists of the future (including you?).

Geology, broadly, is the study of the Earth. Geologists consider the rocks that make up the Earth, the history of the Earth as recorded in those rocks, and the processes that change those rocks. We study oil and ores, landslides and volcanoes, dinosaurs and meteorites and much more. Most geologists are involved in one of four areas: i) finding valuable things in the Earth (gold and silver, diamonds, building stone, oil, sand and gravel, clean water, etc.); ii) warning of geological hazards (volcanic explosions, earthquakes, landslides, groundwater pollution, etc.); iii) building an operator’s manual for the Earth (Earth System Science); and iv) informing/entertaining (What killed the dinosaurs? How has the Earth changed over time?).

Credit: Photo by NASA on Unsplash is free to use.
Historically, most geologists have worked at finding valuable things. They have been very successful —too successful for their own good, in fact. Many things we extract from the ground are cheaper today than at any time in history (after you account for inflation and taxes). The result has been fewer jobs for geologists with mining companies than in years gone by. (This will not last; as the known reserves are slowly exhausted, the push for exploration will return.) Finding clean water is a growing field with jobs for geologists.

The operators’ manual for Earth is a new idea, and may be the most important thing geologists can do for the future of humans. We are everywhere today—living on every continent, tilling more and more of the land, claiming as our own more and more of the productivity of the planet. We have changed the forests, the soils, the atmosphere, the waters - nowhere on Earth remains free of our imprint. Given that we are doing this, and we will continue to do so, we would be wise to have a better idea of how everything works and what we are doing. You would not try to repair a fine watch without knowing how it works—take a few pieces out and you may never make it work well again. We are doing precisely that to the planet, changing a lot of things we don’t understand. Earth System Science is the attempt to understand the planet, its water, air, ice, rock, and life, well enough to learn the consequences of our actions so that we can make wise decisions. Earth System Science is in its infancy, and we do not even know whether we will ultimately succeed, but it is an important effort.

And, there is always education and entertainment. Some people really like to know things, and geologists have some of the most interesting stories to tell. Perhaps you will find some of the stories here to be interesting. We hope so!

‹ Welcome and Orientation Overview up Meet your summer instructor and the rest of the team ›
GEOSC 10: Geology of the National Parks