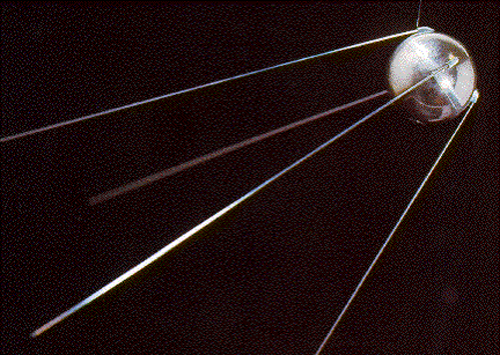 These and other radio navigation systems proved that ranges derived from accurate timing of electromagnetic radiation were viable. But useful as they were in geodesy and air-navigation, they only whet the appetite for a higher platform. In 1957, the development of Sputnik, the first earth-orbiting satellite, made that possible.

Some of the benefits of earth-orbiting satellites were immediately apparent. It was clear that the potential coverage was virtually unlimited. But other advantages were less obvious.

Sputnik didn't really do anything but send a pulse that was identifiable by any shortwave enthusiast around the world. Nevertheless, its success led to a great awakening to the possibilities of orbiting artificial satellites. It was obvious that a platform that high, broadcasting electromagnetic signals, would be able to cover the entire planet much more effectively than any terrestrial system, even Hiran, could manage. In fact, there were other aspects of the Sputnik signal we're still using today in GPS. 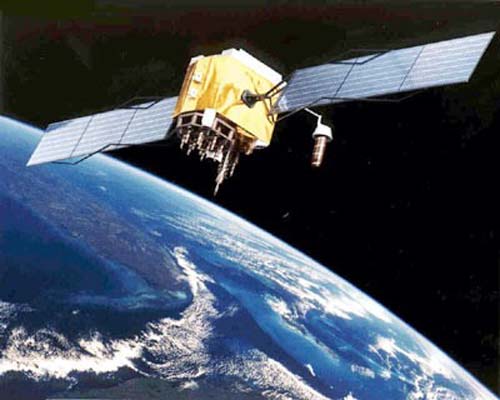 It was clear that the potential coverage was virtually unlimited. The coverage of a terrestrial radio navigation system is limited by the propagation characteristics of electromagnetic radiation near the ground. To achieve long ranges, the basically spherical shape of the earth favors low frequencies that stay close to the surface. You've undoubtedly heard of the bouncing of radio waves off the ionosphere, for example. One such terrestrial radio navigation system, LORAN-C ( LOng-RANge navigation-C), was used to determine speeds and positions of receivers up to 3000 km from fixed transmitters. Unfortunately, its frequency had to be in the LF (Low-Frequency range) from 90 to 110 kHz. Many nations besides the United States used LORAN including Japan, Canada, and several European countries. Russia has a similar system called Chayka. In any case, LORAN was phased out in the United States and Canada in 2010, though eLORAN (enhanced LORAN) continues to be considered. These low frequency systems were used to do positioning. but were not intended to be at the level of accuracy of GPS. 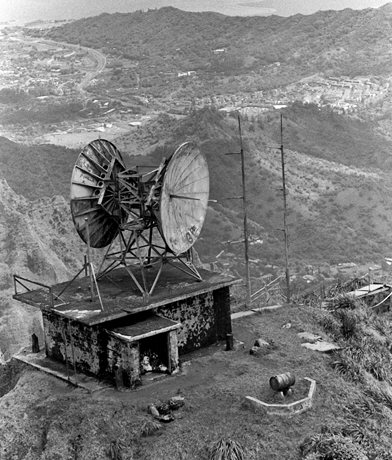 Omega, another low frequency hyperbolic radio navigation system was operated from 1968 to September 30, 1997 by the United States Coast Guard. Omega was used by other countries as well. It was capable of ranges of 9000 km. Its 10- to 14-kHz frequency was so low as to be audible (the range of human hearing is about 20 Hz to 20 kHz). Such low frequencies can be profoundly affected by unpredictable ionospheric disturbances and ground conductivity making modeling the reduced propagation velocity of a radio signal over land difficult. However, higher frequencies require line of sight.

Line of sight is no problem for earth-orbiting satellites, of course. Signals from space overcome many of the low frequency limitations, allow the use of a broader range of frequencies, and are simply more reliable. Using satellites, one could achieve virtually limitless coverage. Earth-orbiting satellites allow the use of high frequencies. They can cover the entire planet. But development of the technology for launching transmitters with sophisticated frequency standards into orbit was not accomplished immediately. Launching such transmitters, frequency standards, oscillators, etc., into orbit was a pretty tall order in 1957 when Sputnik went up. Therefore, some of the earliest extraterrestrial positioning was done with optical systems.