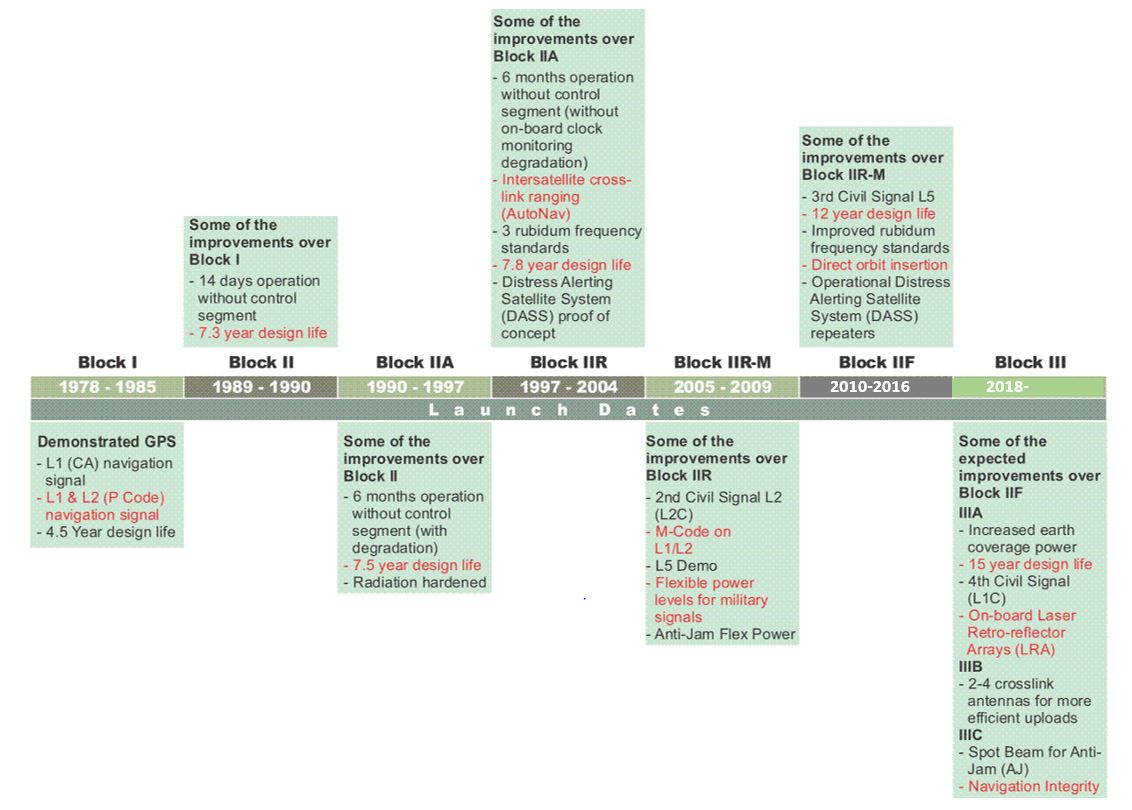 GPS Satellite Blocks
Source: GPS for Land Surveyors
Satellite Blocks. The 11 GPS satellites launched from Vandenberg Air Force Base between 1978 and 1985 were known as Block I satellites. The last Block I satellite was retired in late 1995. They were followed by the Block II satellites. The first of them was launched in 1989 and the last was decommissioned in 2007. During the time that the earliest these satellites were in service improved versions of the Block II satellites were built and launched. The first were called Block IIA satellites and their launches began in 1990. None of the Block IIA are in the constellation today. The Block IIR satellites were next and the first successful launch was in July of 1997. There are still Block IIR satellites in the constellation today. In September of 2005 the first of the next improved block, called Block IIR-M was launched followed by Block IIF. The first of them reached orbit in May of 2010. Block III is the most recent block the first launched in 2018. There has been steady and continuous improvement in the GPS satellite constellation from the beginning.
Satellite Names. There has always been a bit of complication in the naming of the individual GPS satellites. The first GPS satellite was launched in 1978 and was known as Navstar 1. It was also known as PRN 4 just as Navstar 2 was known as PRN 7. The Navstar number, or Mission number, includes the Block name and the order of launch, for example I-1, meaning the first satellite of Block I, and the PRN number refers to the weekly segment of the P code that has been assigned to the satellite, and there are still more identifiers. Each GPS satellite has a Space Vehicle number, an Interrange Operation Number (IRON), a NASA catalog number, also known as the US Space Command number, and an orbital position number. For example, the GPS satellite IIF-7 is PRN09. Its Space Vehicle number (SVN) is 68. Its orbital position number is F6 and its US Space Command number is 40105. In most literature, and to the GPS receivers themselves, the PRN number is the most important.
GPS Satellites. All GPS satellites have some common characteristics.  They all have three-dimensional stabilization to ensure that their solar arrays point toward the sun and their 12 helical antennae to the earth. GPS satellites move at a speed of about 8,700 miles per hour which underlines the importance of the solution of time in the positioning using GPS. Even so, the satellites must pass through the shadow of the earth from time to time, and onboard batteries provide power. All satellites are equipped with thermostatically controlled heaters and reflective insulation to maintain the optimum temperature for the oscillator’s operation. 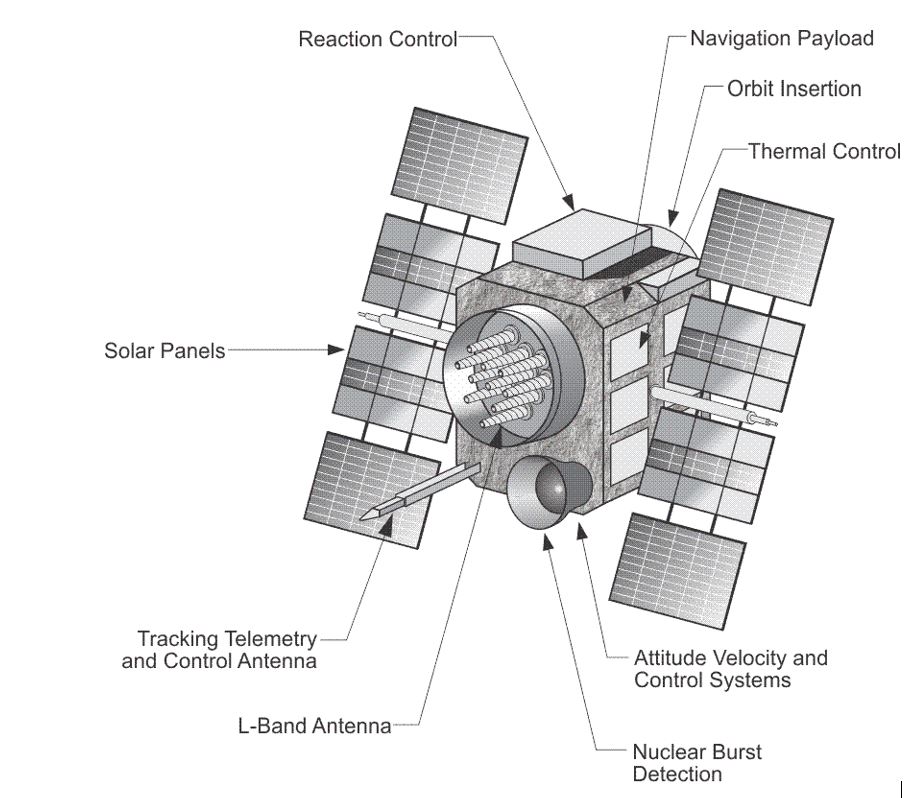