Satellite technology and the Doppler Effect were combined in the first comprehensive earth-orbiting satellite system dedicated to positioning. By tracking Sputnik in 1957, experimenters at Johns Hopkins University’s Applied Physics Laboratory found that the Doppler shift of its signal provided enough information to determine the exact moment of its closest approach to the earth. This discovery led to the creation of the Navy Navigational Satellite System (NNSS or NAVSAT) and the subsequent launch of 6 satellites specifically designed to be used for navigation of military aircraft and ships. This same system, eventually known as TRANSIT, was classified in 1964, declassified in 1967, and was widely used in civilian hydrographic and geodetic surveying for many years until it was switched off on December 31, 1996.

The Doppler shift is characterized by the observation that when the source of a constant signal is approaching its constituent wavefronts are compressed closer together. As that signal source moves away, the wavefronts are pulled further apart. This is often illustrated by the change in pitch of a railroad horn. As the train approaches, the pitch seems to rise, and as it moves away, the pitch seems to fall. The same effect is obvious with the changes in frequency of the signal from a satellite as it passes. As the satellite approaches, the observer wavefronts are pushed together, and as it moves away, they're pulled further apart. The rate at which this happens can be analyzed to determine the position of the observer in a passive way. 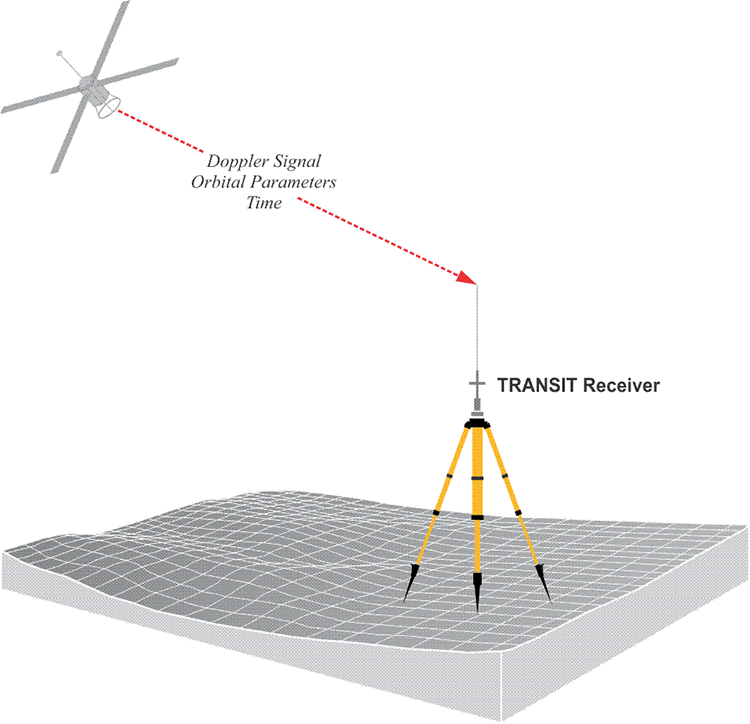 The TRANSIT system had some nagging drawbacks. For example, its primary observable was based on the comparison of the nominally constant frequency generated in the receiver with the Doppler-shifted signal received from 1 satellite at a time. With a constellation of only 6 satellites, this strategy sometimes left the observer waiting up to 90 minutes between satellites, and at least two passes were usually required for acceptable accuracy. With an orbit of only about 1100 km above the earth, the TRANSIT satellite’s orbits were quite low and, therefore, unusually susceptible to atmospheric drag and gravitational variations, making the calculation of accurate orbital parameters particularly difficult. Through the decades of the 1970s and 1980s, both the best and the worst aspects of the forerunner system informed GPS development.

In the end many strategies used in TRANSIT were incorporated into GPS. For example, in the TRANSIT system, the satellites broadcast their own ephemerides to the receivers and the receivers had their own frequency standards. TRANSIT had three segments: the control segment, including the tracking and upload facilities; the space segment, meaning the satellites themselves; and the user segment, everyone with receivers. The TRANSIT system satellites broadcast two frequencies of 400 MHz and 150 MHz to allow compensation for the ionospheric dispersion. TRANSIT’s primary observable was based on the Doppler Effect. All were used in GPS.

Perhaps one of the most significant advantages of the TRANSIT system over previous extraterrestrial systems was TRANSIT’s capability of linking national and international datums with relative ease. Its facility at strengthening geodetic coordinates laid the groundwork for modern geocentric datums. In 1963, at about the same time the Navy was using TRANSIT, the Air Force funded the development of a three-dimensional radio navigation system for aircraft. It was called System 621B. The fact that it provided a determination of the third dimension, altitude, was an improvement of some previous navigation systems. It relied on the user measuring ranges to satellites based on the time of arrival of the transmitted radio signals. With the instantaneous positions of the satellites known, the user’s position could be derived. The 621B program also utilized carefully design binary codes known as PRN codes or pseudorandom noise. Even though the PRN codes appeared to be noise at first, they were actually capable of repetition and replication. This approach also allowed all of the satellites to broadcast on the same frequency. Sounds rather familiar now, doesn’t it? Unfortunately, System 621B required signals from the ground to operate.

Another project, this one from the Navy had a name that conflated time and navigation, Timation. It began in 1964. The Timation 1 satellite was launched in 1967; it was followed by Timation 2 in 1969. Both of these satellites were equipped with high performance quartz crystal oscillators also known as XO. The daily error of these clocks was about 1 microsecond which translates to about 300m of ranging error. The technique they used to transmit ranging signals was called side-tone ranging. There was a great improvement in the clocks of Timation 3 which was launched in 1974. It was the first satellite outfitted with two rubidium clocks. Being able to have space-worthy Atomic Frequency Standards, AFS, on orbit was a big step toward accurate satellite positioning, navigation and timing (PNT). With this development, the Timation program demonstrated that a passive system using atomic clocks could facilitate worldwide navigation. The terms clock, oscillator, and frequency standard will be used interchangeably here.

It was the combination of atomic clock technology, the ephemeris system from TRANSIT, and the PRN signal design from the 621B program in 1973 that eventually became GPS. There was a Department of Defense directive to the United States Air Force in April of 1973 that stipulated the consolidation of TIMATION and 621B into the navigation system called GPS. In fact, Timation 3 became part of the NAVSTAR–GPS program and was renamed Navigation Technology Satellite 1 (NTS-1). The next satellite in line, Timation 4 was known as NTS-2. Its onboard cesium clock had a frequency stability of 2 parts per 1013. It was launched in 1977. Unfortunately, it only operated for 8 months. 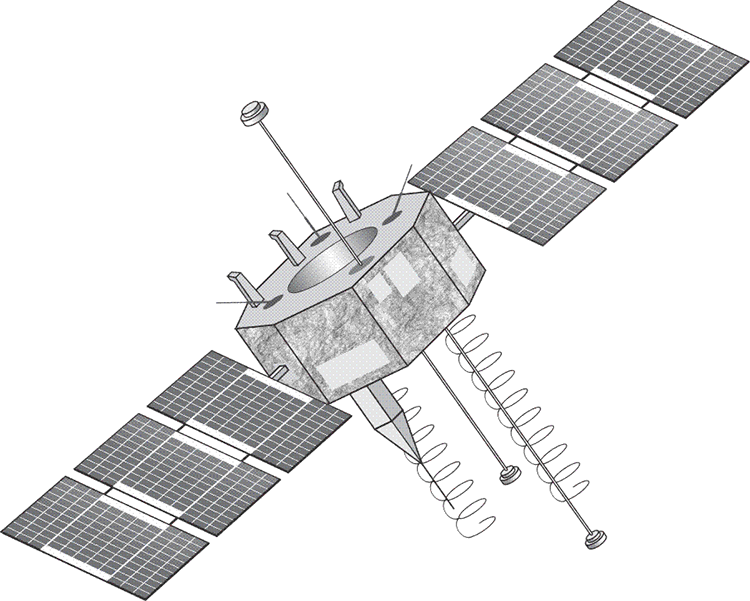