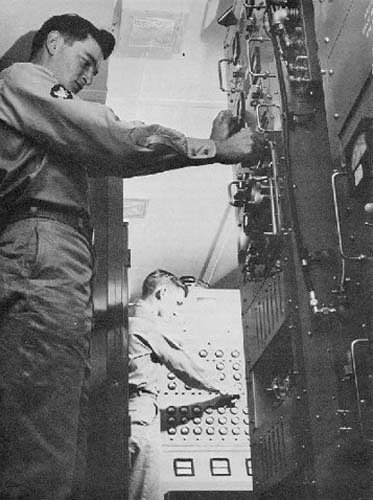 The earliest American extraterrestrial systems were designed to assist in satellite tracking and satellite orbit determination, not geodesy. Some of the methods used did not find their way into the GPS technology at all. Some early systems relied on the reflection of signals, transmissions from ground stations, that would either bounce off the satellite or stimulate onboard transponders. But systems that required the user to broadcast a signal from the earth to the satellite were not favorably considered in designing the then-new GPS system. Any requirement that the user reveal his position was not attractive to the military planners responsible for developing GPS. They favored a passive system that allowed the user to simply receive the satellite’s signal. So, with their two-way measurements and utilization of several frequencies to resolve the cycle ambiguity, many early extraterrestrial tracking systems were harbingers of the modern EDM technology more than GPS.

But, elsewhere, there were ranging techniques useful to GPS. NASA's first satellite tracking system, Prime Minitrack, relied on phase difference measurements of a single-frequency carrier broadcast by the satellites themselves and received by two separate ground-based antennas. This technique is called interferometry. Interferometry is the measurement of the difference between the phases of signals that originate at a common source but travel different paths to the receivers. The combination of such signals, collected by two separate receivers, invariably finds them out of step (out of phase) since one has traveled a longer distance than the other. Analysis of the signal’s phase difference can yield very accurate ranges and interferometry has become an indispensable measurement technique in several scientific fields. Interferometry was used in the first commercial GPS receiver called a Macrometer. 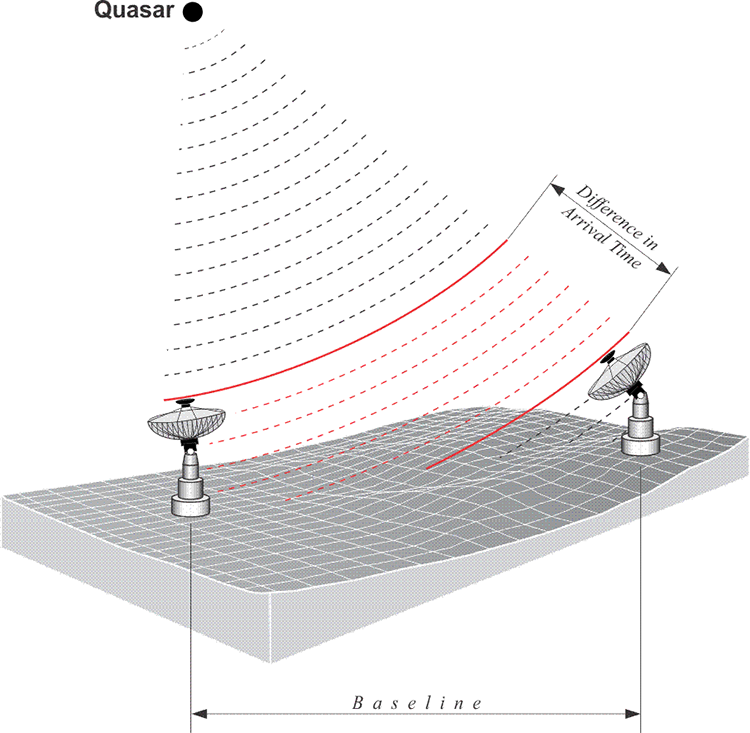 For example, Very Long Baseline Interferometry (VLBI) did not originate in the field of satellite tracking or aircraft navigation but in radio astronomy. The technique was so successful it is still in use today. Radio telescopes, sometimes on different continents, tape-record the microwave signals from quasars, star-like points of light billions of light-years from earth. A quasar is a very consistent radio source in the sky, and tracking these quasars from radio telescopes can be used to measure extraordinary distances very accurately using interferometry.  The technique is used today in the network of control points around the globe for monitoring tectonic movements which is one of the technologies at the foundation of the International Terrestrial Reference Frame (ITRF), which we will talk about later.

In any case, these recordings are encoded with time tags controlled by hydrogen masers, the most stable of oscillators (clocks). The tapes are then brought together and played back at a central processor. Cross-correlation of the time tags reveals the difference in the instants of wavefront arrivals at the two telescopes. The discovery of the time offset that maximizes the correlation of the signals recorded by the two telescopes yields the distance and direction between them within a few centimeters, over thousands of kilometers.

VLBI’s potential for geodetic measurement was realized as early as 1967. But the concept of high-accuracy baseline determination using phase differencing was really proven in the late 1970s. A direct line of development leads from the VLBI work of that era by a group from the Massachusetts Institute of Technology to today’s most accurate GPS ranging technique, carrier phase measurement. VLBI, along with other extraterrestrial systems like SLR, also provides valuable information on the earth’s gravitational field and rotational axis. It has become possible through extraterrestrial means to combine the datums of different continents, the shape of the Earth and the orientation of the Earth. Without that data, the high accuracy of the modern coordinate systems that are critical to the success of GPS, like the Conventional Terrestrial System (CT), would not be possible. But the foundation for routine satellite-based geodesy actually came even earlier and from a completely different direction. The first prototype satellite of the immediate precursor of the GPS system that was successfully launched reached orbit on June 29, 1961. Its range measurements were based on the Doppler Effect, not phase differencing, and the system came to be known as TRANSIT, or more formally the Navy Navigational Satellite System.