Study of the Oceans

Study of the Oceans

Humans have been involved in the scientific study of the ocean for hundreds of years. Most early ocean voyages were focused on exploration, colonization and economic gain. However, these early pioneers had to have an understanding of the ocean to survive their time at sea. It wasn’t until late in the 19th century that expeditions had the single goal of learning about the ocean. Charles Darwin’s famous five-year voyage on the HMS Beagle from 1831 to 1836 provided a literal treasure trove of information about the ocean and especially its geology and natural history. The HMS Challenger Expedition from 1872-1876 made even more important discoveries about oceanography. 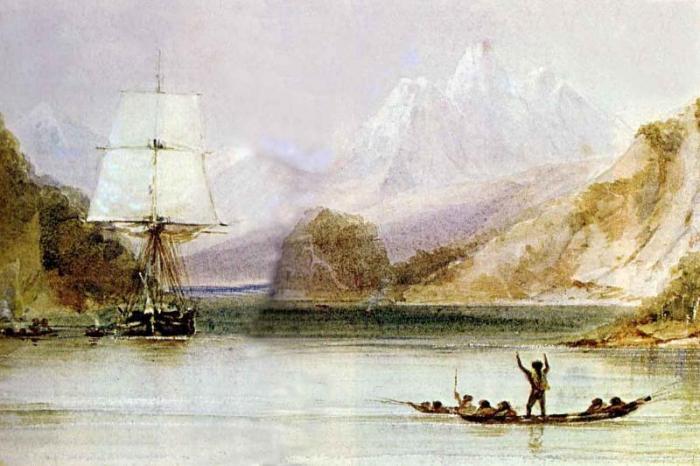 World War II from 1939-1945 ushered in a new era in ocean exploration. The importance of naval operations, and particularly submarines in combat, provided a major incentive for a much more accurate understanding of the bathymetry of the ocean as well as the acoustic properties of sea water. The urgency of acquiring this information intensified in the Cold War interval from 1946 to 1991 when submarines played a central role in covert operations. Around the world, federal investment in oceanographic research ballooned, and research ships were built with the sole purpose of mapping the oceans and studying their properties. This age brought major discoveries of the ocean and its geology, the life it supports, its chemistry, and its effect on climate.

The scientific discovery of the oceans was originally focused on ships, but more recently our technological capabilities have surged, and now submersibles and unmanned remotely operated vehicles (ROVs) and autonomous underwater vehicles (AUVs) provide a relatively low operating cost means of acquiring many different types of data.

This technology is changing the way that oceanography is being conducted, as demonstrated in the following video. Click play to watch the video.

Tethys is a new breed of underwater robot developed at the Monterey Bay Aquarium Research Institute. Tethys is an autonomous underwater vehicle or an AUV. AUVs are programmed at the surface then released to follow a path beneath the ocean, collecting data as they go. Unlike existing AUVs, Tethys can travel rapidly for hundreds of kilometers, hover in the water for weeks at a time, and carry a wide variety of instruments. In designing this an AUV we were trying to make a fundamental change in how we do oceanography. Tethys is designed to travel to a spot in the ocean and park there until something interesting happens. If an algal bloom occurs, Tethys can move fast enough to follow the bloom and watch it evolve the way a biologist on land might follow and study a herd of deer. Tethys is small enough and light enough that it can be launched from a small boat at relatively low cost. In October 2010 we use Tethys for the first time to track patches of microscopic algae, as they were carried around Monterey Bay by the ocean currents. Tethys was created to be as energy efficient as possible, with a custom-designed hull, motor, and propeller. Like a fish, it can control its buoyancy and the angle at which it swims through the water. Tethys can dive hundreds of meters below the ocean surface and travel up to a meter per second. This is four times faster than existing long range vehicles, which allows Tethys to react more rapidly to changes in the ocean. While Tethys is at sea, we can monitor its progress from shore using computers or even cell phones. We can also view the data that the robot has collected. We're still in the testing phase, but our hope is that this little robot will eventually be able to travel all the way from California to Hawaii on a single set of batteries. This is Jim Bellingham for the Monterey Bay Aquarium Research Institute.​​

At the same time, satellites provide continuous information about the ocean surface while data such as temperature and surface current velocity is obtained from long-term deployments of instruments attached to buoys. In addition, seismological data are acquired by seismometers anchored on the sea bottom. Nevertheless, modern oceanography still relies heavily on sea-going vessels for sampling waters and biotas from plankton to fish, for deploying instruments that measure in-situ properties, and for taking cores. We have already learned about such coring techniques in Module 1.

In the future, seagoing research vessels are likely to be extremely high tech. For example, the SeaOrbiter is due to launch in the near future. Part giant ship and part giant submarine, the vessel will enable study of the sea surface simultaneously with its depths. One of the goals of the SeaOrbiter is to allow scientists to remain at sea and study underwater for extended periods, a pursuit not possible in a traditional submarine. 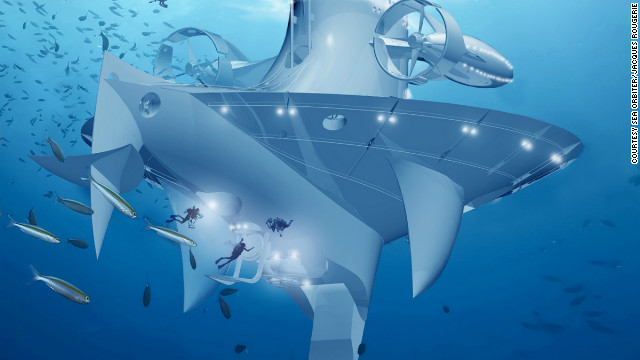