Module 1: Past Episodes of Climate Change

Module 1: Past Episodes of Climate Change

Good morning, we've just crossed an important threshold in Earth history. Global CO2 concentrations now are above 400 parts per million. That is really significant because, as we'll learn a lot about in this class, CO2 is a very potent greenhouse gas and it's responsible for the warming and climate that we're seeing. Now, you have to go back many millions of years to find CO2 concentrations in the atmosphere as high as they are today. It is really critical to understand what happened in Earth's past because it can inform us about what's going to happen in the future. Now, I'm standing here in a quarry in rural Pennsylvania and these rocks behind me were deposited in a shallow ocean about 450 million years ago, and geologists have worked really hard to establish chemicals and fossils that can tell us about conditions in the past. So, by studying the chemicals and fossils in rocks such as these, we can learn what's in store for the future of the Earth.

The geologic record is an incredibly detailed archive of Earth's history. Visit the Library of Congress and you can find out any information on the history of the United States of America. Only a very small part of the history of the Earth has been recorded by humans. Much of the history is, in fact, contained within naturally-formed, geologic materials. Sample sedimentary rock sequences and ice cores, and you can glean an incredibly detailed record of Earth's climate, environment, and life history. Earth's history book goes back over four billion years, but interpreting this history is not nearly as simple as reading the history of our nation. The Earth's book has been buried under hundreds and thousands of meters of rock and ice and that has altered the signals that geologists use to reconstruct climate, environment, and life history. Imagine a history book that has been burned, soaked, and torn apart many times, and you might then understand the difficulty geologists have interpreting the history of the Earth. 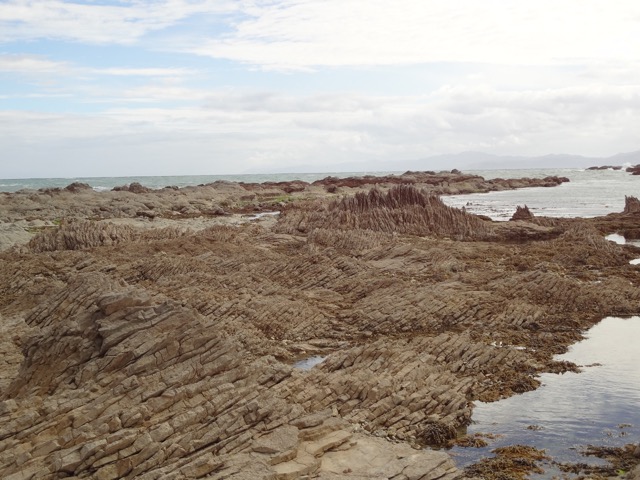 Over the last century, geologists have made remarkable progress unraveling Earth's history, and what an amazing record it is! As we will learn in this module, we now know that there are times in the past when palm trees grew on the shores of Alaska and on the plains of Wyoming, and when reptiles colonized the islands of northern Canada. There are other times when ice sheets apparently encircled the entire globe and, more recently, when an armada of giant icebergs swept off Canada and Greenland and covered large swaths of the Atlantic ocean. Crucially for today’s climate the geological record tells us that Earth has not been as warm as it is today for 125,000 years!.

We will learn in this class that climate and environmental change is threatening modern ecosystems and that this threat will increase substantially in the future. But Earth history informs us that there are times in the past when 90% of species in the ocean were eradicated during mass extinction events but the remaining 10% were able to survive, and, in fact, take advantage of the open niche space. Life in the past was extraordinarily resilient to some of the harshest environmental changes one can imagine. For example, the asteroid impact that wiped out the dinosaurs 65 million years ago caused large wildfires, followed by weeks or months of nearly complete darkness, and highly acidic and possibly toxic oceans. Yet, life hung on by a thread. If life could survive that level of harshness, then why are many ecosystems today in such distress? This is a central question of modern ecology and something we will explore in great detail later in the course.

But let's start by discussing how Earth's great historical archive is recorded. As we will see shortly, the archive is actually built from a number of materials besides sediments and ice. Corals, stalactites formed in caves, and trees also carry signals of the environmental conditions when they were living or were formed. But here, we will focus on sediments and ice that carry the majority of the historical record. 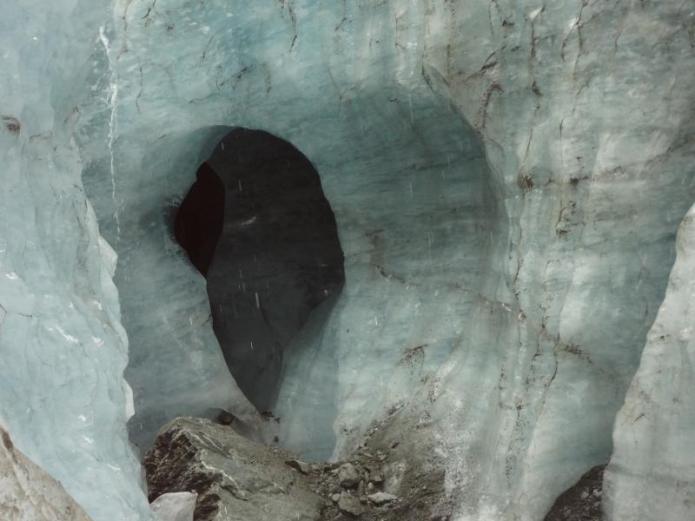 The sediment archive covers the entire record of the Earth. In fact, the archive holds the majority of the history especially in what geologists call “deep time”, before the last million years or two. Sediments are deposited in a wide range of environments including lakes, rivers, deserts, and the ocean all the way from the beach to the deep sea. These sediments contain a range of different particles, depending on where their material derives from. Sediments formed on land are largely made of what is known as clastic materials, minerals derived from the weathering of rocks. Some of these environments such as lakes also contain the fossilized remains of living organisms. Marine sediments, especially those that were laid down in the deep ocean, are largely composed of these fossils. Sediments are deposited by water, wind, and ice, in a “layer cake” fashion with the older layers underlying the newer layers. Each layer represents a unique period in Earth’s history and preserves the environmental snapshot of that time interval. One of the main challenges with this record is determining how old individual layers are. To do this, geologists use a combination of the fossils in the layers, the orientation of magnetic grains, as well as minerals that contain radioactive decay products such as carbon-14 and lead. However, with a great deal of intensive and laborious work, geologists have provided the age control that enables the interpretation of a truly remarkable record of Earth’s climate environment and life history.

On top of glaciers in places such as Greenland and Antarctica, but also in mountainous regions, snowfall accumulates layer upon layer in much the same way as marine sediment. As this snow is buried by other layers, it is gradually compacted to form ice. Ice accumulates extremely consistently, and annual layering is usually very apparent, so obtaining age control in ice is much simpler than dating sediments. In addition, ice can be dated using carbon-14 as well as very thin layers of material called ash that derives from volcanic eruptions.

So, now, down to the brass tacks. How is information on climate obtained? This is yet another really detailed and impressive story.

‹ Lessons up Goals and Learning Outcomes ›