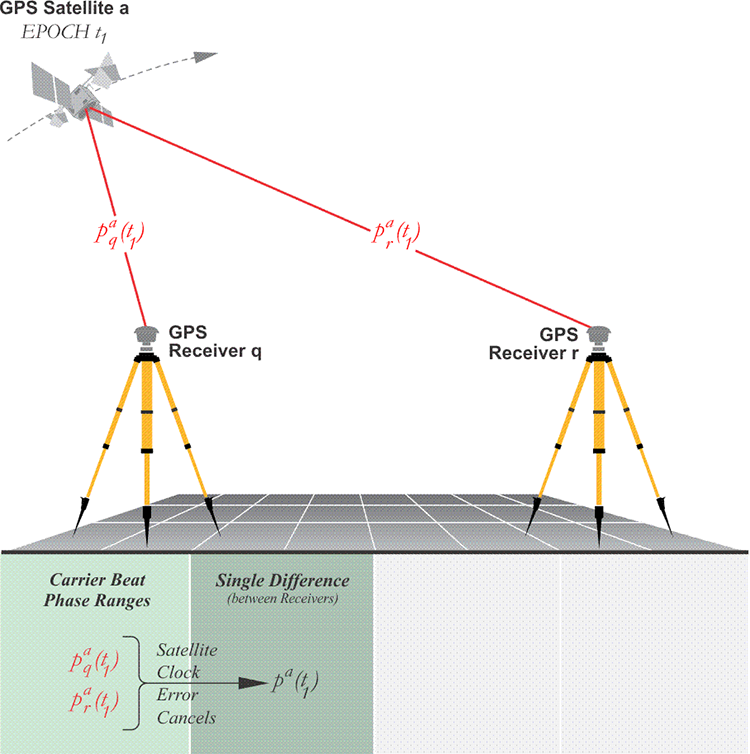 A between-receivers single difference reduces the effect of biases even though it doesn’t eliminate them. Since the two receivers are both observing the same satellite at the same time, the difference between the satellite clock bias, dt, at the first receiver and dt at the second receiver, Δdt, is obviously zero. Also, since the baseline is typically short compared with the 20,000-km altitude of the GPS satellites, the atmospheric biases and the orbital errors, i.e., ephemeris errors, recorded by the two receivers at each end are similar. This correlation obviously decreases as the length of the baseline increases. Generally speaking, this correlation allows centimeter level carrier phase positioning with baselines up to 10km or so, and meter level positioning with baselines of a few hundreds of kilometers using pseudorange observations.

The between-receivers single difference provides better position estimates for the receivers by subtracting, differencing, each receiver’s observation equation from the other. For example, if one of the receivers is a base standing at a control station whose position is known, it follows that the size of the positional error of the receiver there is knowable. Therefore, the positional error at the other end of the baseline can be estimated by finding the difference between the biases at the base and the biases at the rover. Corrections can then be generated which can reduce the three-dimensional positional error at the unknown point by reducing the level of the biases there. It is primarily this correlation and the subsequent ability to reduce the level of error that distinguishes differenced relative positioning from single point positioning. 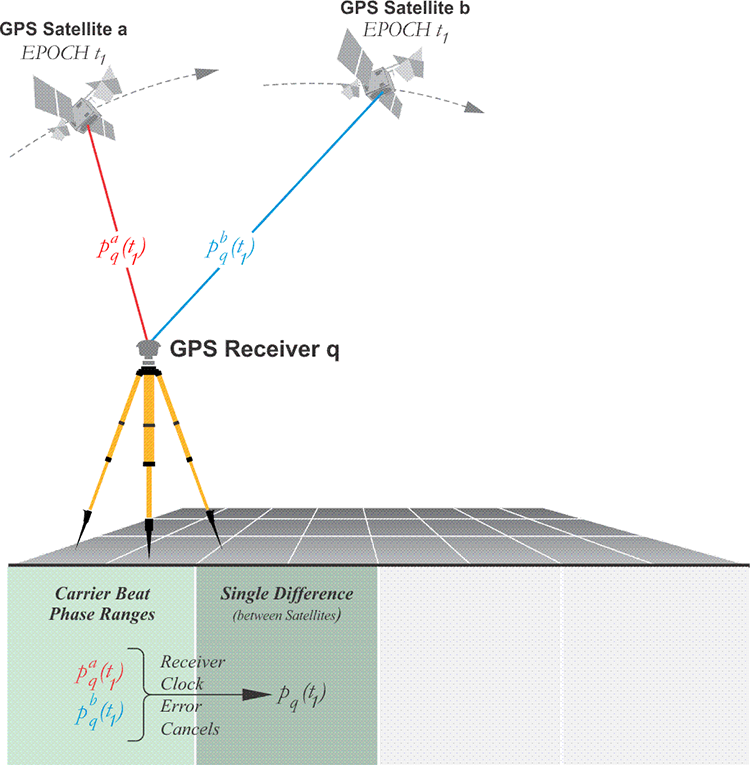 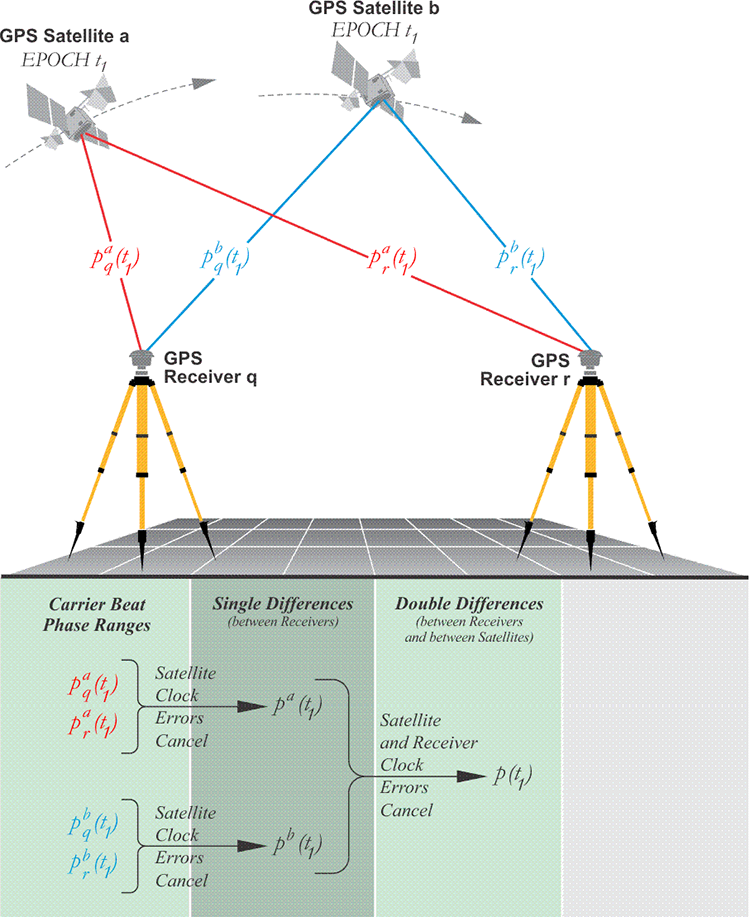 The double difference, for all practical purposes, has eliminated the receiver clock errors and the satellite clock errors. This is used in most GPS post-processing and software. The integer ambiguity, N, still remains with the carrier phase observation. 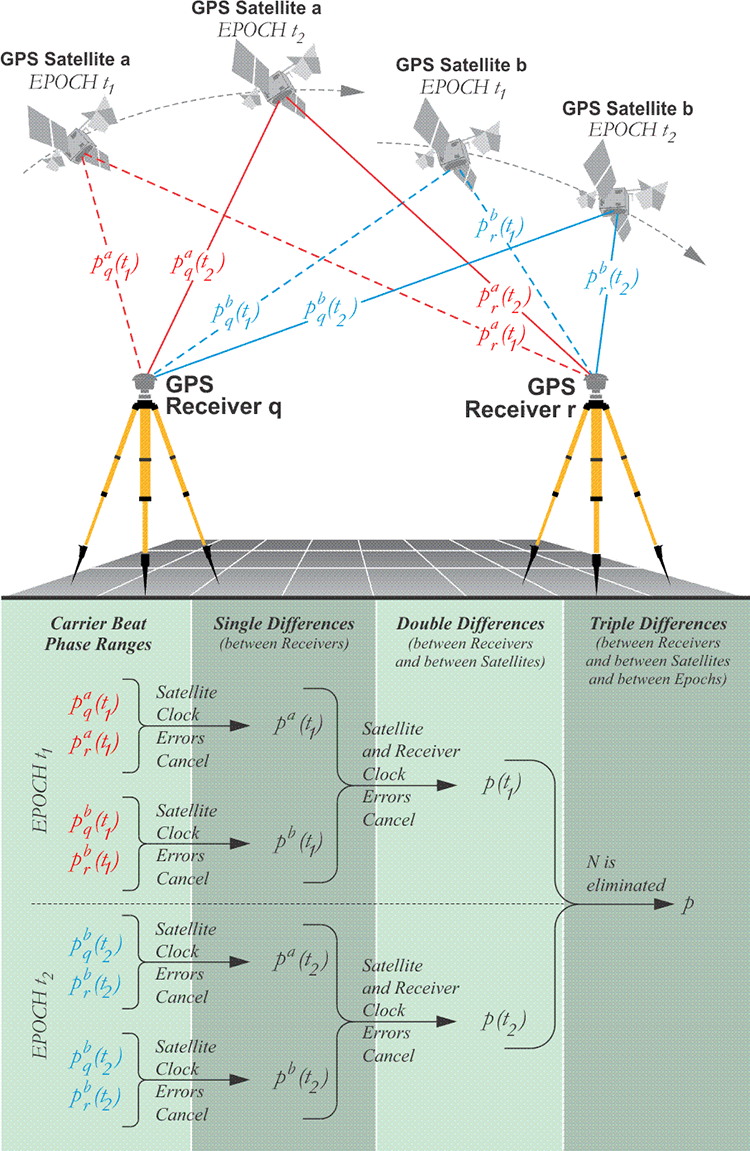