After completing this section, you should be able to discuss Earth's carbon cycle, including the primary reservoirs and anthropogenic transfer mechanisms. You need not remember specific transfer rates or reservoir "sizes", but you should be able to identify the largest reservoirs and transfer mechanisms, as well as describe the consequences of the unbalanced, anthropogenic portions of the carbon cycle.

For starters, the earth-atmosphere system has a "carbon budget" of sorts, which, ideally, would be approximately balanced (exchanges of carbon between the earth and atmosphere would be equal). Historically, we know that the cycle hasn't been perfectly balanced at all times, because concentrations of atmospheric carbon dioxide have varied (historical concentrations have ups and downs). Still, over the long haul, the "ups" have been offset by the "downs" because of the earth-atmosphere system always seeking to balance the cycle. But, since the dawn of the industrial age, that balance has changed.

The primary reservoirs of carbon dioxide are the oceans, the terrestrial surface (primarily in plants and soil), and geological reserves of fossil fuels. The atmosphere is a carbon reservoir, too, but as you can see from the schematic of the carbon cycle below, the atmosphere contains a tiny fraction of the carbon (in the form of carbon dioxide) compared to the oceans and geological reserves. 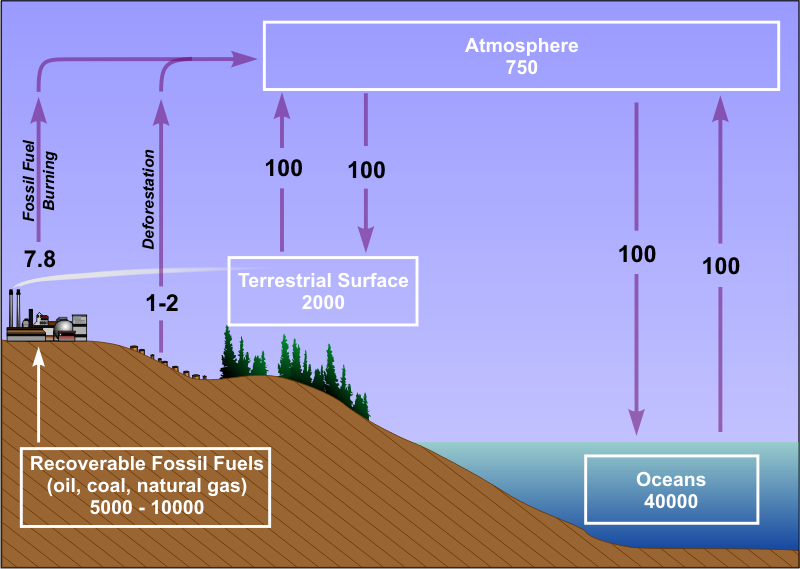 Geological reserves were largely left out of the cycle until industrialization resulted in the large-scale recovery and burning of carbon-based fossil fuels, which creates carbon dioxide as a byproduct. The transfer of carbon dioxide into the atmosphere from the burning of fossil fuels is actually much smaller than that which naturally occurs from the ocean and terrestrial surface, but it's an unbalanced part of the cycle. 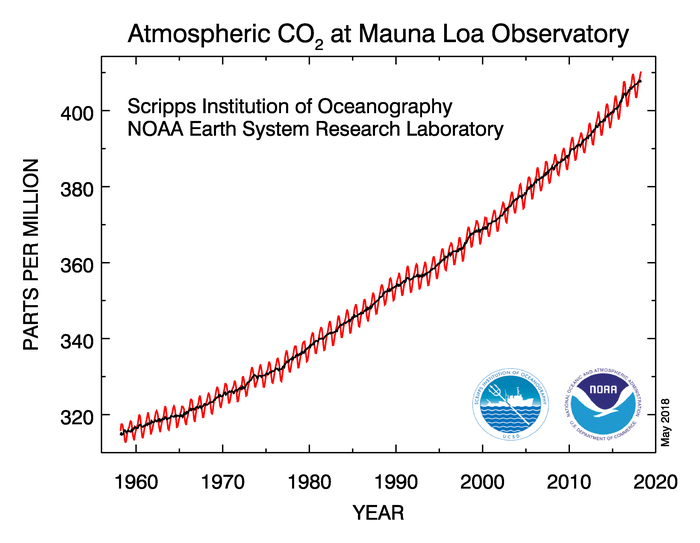 The end result of the increase in atmospheric carbon dioxide (and other greenhouse gases) is a strengthening greenhouse effect that gradually warms the planet. But, the observed warming trend since the late 1800s has hardly been as smooth and consistent as the increase in greenhouse gas concentrations. Up next, we'll take a closer look at the how scientists take Earth's temperature, and dial in on the details of the observed warming trends.