Through respiration, plants (and animals) release water, carbon dioxide, and they use up oxygen. Do the carbon flows involved in respiration and photosynthesis balance each other as the equations seem to imply? The answer is no — otherwise, how could organisms grow?

Experiments on a variety of plants indicate that the ratio of photosynthesis to respiration is generally about 2 to 1. When plants are young, and growing rapidly, but with not much biomass to maintain, this ratio is even higher; in older, larger plants, this ratio is lower since more carbon needs to go towards maintenance.

Dead plant material enters the soil in two ways -- it falls on the surface as litter, and it is contributed below the surface from roots. The relative importance of these two pathways into the soil varies according to the plants in an ecosystem, but it appears that the two are commonly about equal, which may seem a bit surprising since loss of organic carbon from root systems is a process that we generally don't see. The flow of carbon associated with litter fall is roughly the difference between the photosynthetic uptake of carbon and the return of carbon through plant respiration. If this were not the case, then the size of the global land biota reservoir would be growing or declining, and although some regions are growing, others are shrinking, and they nearly balance out. 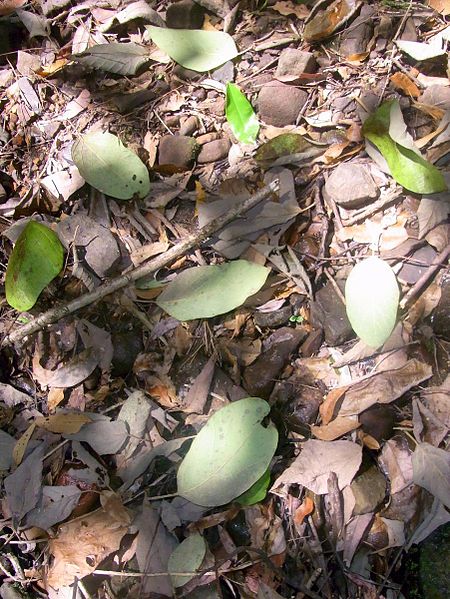