Coral Biology, Growth and Evolution of an Atoll

Coral Biology, Growth and Evolution of an Atoll

Before we start, let's consider how reefs grow. The main organism that constructs modern reefs, the coral, includes a number of species belonging to the Cnidaria, a phylum of organisms that uses stinging cells to capture their prey. Modern corals are colonial structures of millions of individual polyps that grow primarily in shallow and clear tropical and subtropical waters, restricted to these areas by light levels and temperatures as well as by nutrients. 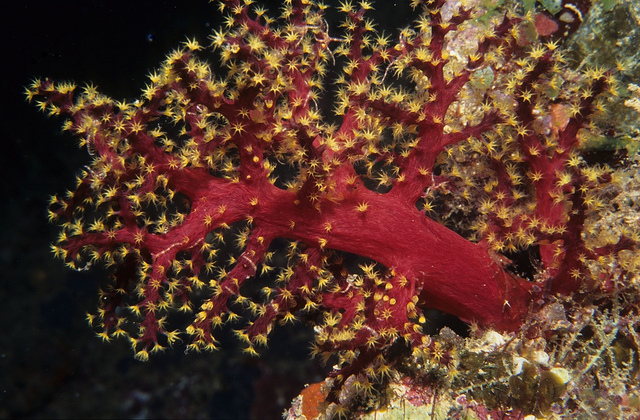 Both types of coral reproduce both sexually and asexually. Asexual reproduction involves simple cell division, or budding, and takes place within the colony, whereas sexual reproduction involves the release of gametes into seawater. This is an amazing process that for many species happens once a year timed by the lunar cycle. The fertilized egg forms a larval planula that settles before forming a new colony.

Coral Growth
Click here for a transcript of the coral growth video.

The polyp is the major life form of the coral. It can reproduce in two different ways. In sexual reproduction, the polyp releases eggs and sperm which fuse to form a zygote. The zygote develops into a planulae, and the planulae lives in the surface part of the oceans and spreads out with ocean currents, before it falls to the bottom of the ocean and colonizes a hard substrate, forming a new coral colony.

Large reef structures including fringing and barrier reefs, as well as atolls, represent the growth of these colonies over many thousands or millions of years.

Evolution of an Atoll

Many reefs develop in shallow, tropical, volcanic islands. In this situation, the reef evolves in a manner first described by Charles Darwin. Initially, very few coral polyps will settle upon the volcanic island, but once the volcano becomes dormant, the reef will rapidly colonize the island in a manner called a fringing reef. In the fringing reef, the reef lies right next to the island itself. As the island becomes further eroded, the reef becomes a barrier reef and is separated from the island by a shallow lagoon. This is often what we think about when we think about a tropical island with a reef.

When the island itself becomes completely eroded, we have what is known as an atoll, in which the reef lies along a ring separated by a shallow lagoon in the middle. Many reefs that lie along continents are either fringing reefs, where the reef is right next to the land, or barrier reefs, like the Great Barrier Reef in Australia, where the continent and the reef are separated by some distance. 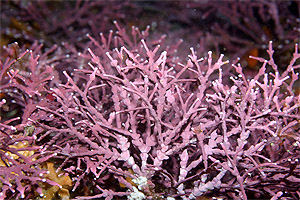 The algae live within the coral polyp and receive CO2 from the polyp that it requires for photosynthesis. Through photosynthesis, the Zooxanthellae convert the CO2 to O2 and provide this vital gas to the coral as well as crucial nutrients. This is important because by removing CO2, the Zooxanthellae drives up saturation which facilitates calcification in the coral skeleton.  Reefs are made up of much more than corals and their algal symbionts. Other organisms, including coralline algae (algae that secrete high magnesium calcite and conduct photosynthesis on their own), are active framework builders in modern reefs. Today, sponges, sea anemones, sea urchins, a diverse array of fish, and many other organisms live within reefs, some playing a vital role in building reefs and keeping them healthy and others taking advantage of their decline.