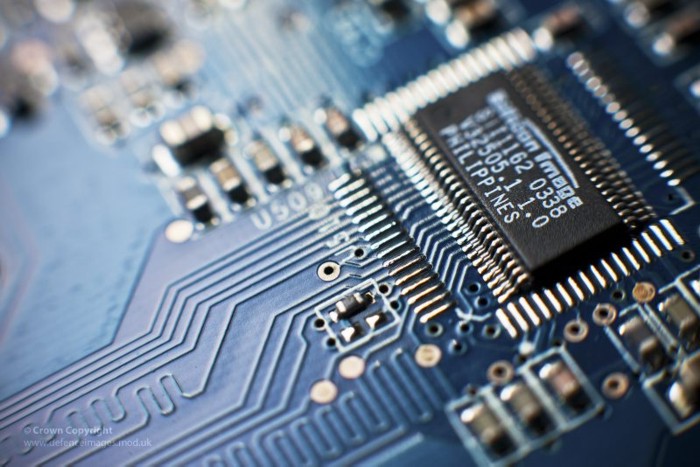 Computers have become valuable tools in the pursuit to predict the weather.
Credit: Computer Circuit Board / UK Ministry of Defense / CC: BY_NC 2.0

Fortunately, technological advances have taken us beyond the days when even an accurate one or two day forecast was an endeavor that required multiple teams of meteorologists and hours of analysis (and bitter arguments). In particular, the advent of satellites and computer models has really helped forecasters "up their game." If you watch any kind of weather coverage on television, I'd bet at some point you probably heard the on-air meteorologists say something like, "We just don't know the path of the storm at the moment because the computer models are not in agreement." So, let's take a closer look at what these "computer models" are, and how they work.

For starters, the formal term given to the creation of weather forecasts using a computer is numerical weather prediction (NWP). The list of instructions and calculations for creating a virtual weather forecast on a computer is the computer model (or just "model" for short). So, just how can a computer be made to forecast the weather? The first thing that you should realize is that a computer knows nothing about the "weather." That is, computer models don't really analyze weather maps like a human meteorologist does. Instead, the computer starts with the current state of the atmosphere (using weather observations from surface weather stations, weather balloons, satellites, etc.) and uses mathematical equations that describe horizontal and vertical air motions, temperature changes, moisture processes, etc. to calculate what the atmosphere might look like at some future time.

Yes, the language of the atmosphere is mathematics, and all of the concepts you have learned about so far in this course (radiation budgets, advection, wind speed, surface pressure, relative humidity, and divergence/convergence just to name a handful) can all be described by equations. Incidentally, students who major in meteorology are typically required to take several semesters of calculus and differential equations so that they can better analyze and "speak the language" of the atmosphere. Some of the equations in a computer model are pretty straightforward and all of the inputs to the equations are easily measured. Other atmospheric processes are so complex, however, that their equations must be simplified in the model. Regardless of their complexity, these equations can be used together to predict the future state of the atmosphere.

Just to give you a taste for what one of these equations looks like, here's the equation describing temperature advection in one dimension, for a case when the wind blows directly across the isotherms. You need not worry about any of the math here, but computer models have to incorporate hundreds of other equations much more complicated than this one in three dimensions in order to predict the weather. Therefore, not surprsingly, it takes a lot of computing power to run a computer model that can predict the future state of the atmosphere. Indeed, the array of supercomputers at the National Weather Service (see photo below) that runs United States government's suite of computer models can do quadrillions of calculations per second (yes...quadrillions). 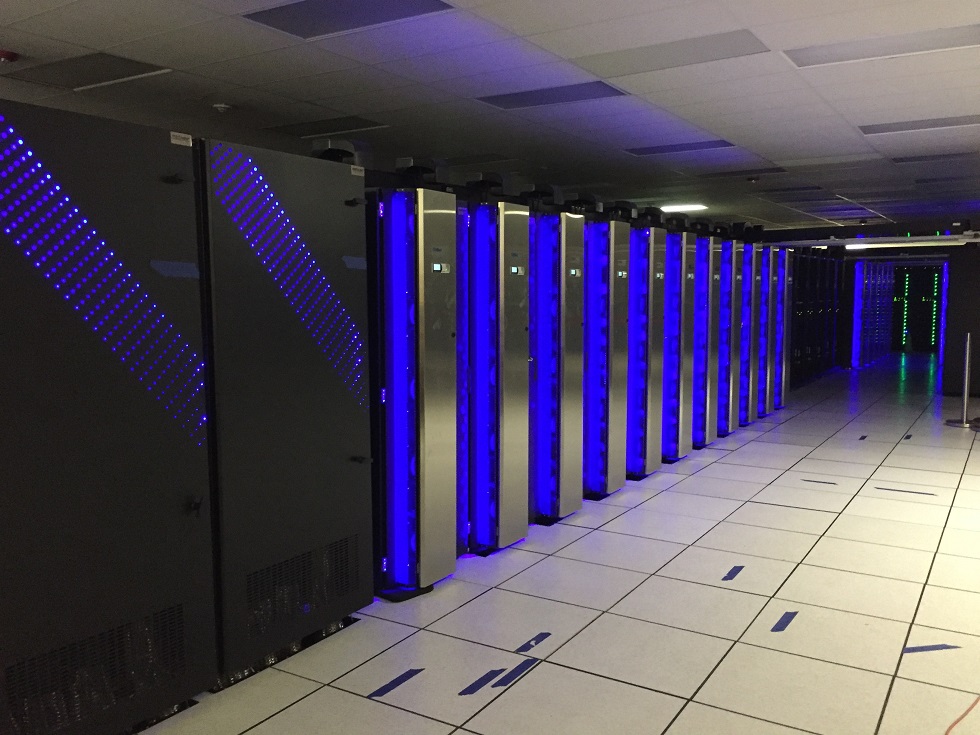 The National Weather Service's array of supercomputers that run numerical weather prediction models can do quadrillions of calculations per second.
Credit: NOAA

When a model is run, it starts with its set of initialization data, which is the computer's representation of the state of the atmosphere at the time the computer model run begins. The details of model initialization are pretty complicated, but it involves a mathematical scheme to synthesize surface and upper-air observations, satellite data, and other model data (to fill in the gaps where no observations exist) to create a complete representation of the initial state of the atmosphere at the time the model is run. The initialization process is far from perfect, and we'll explore some consequences of that later.

Using the initialization data and the equations the model is programed with to simulate atmospheric processes, the model calculates values for temperature, dew point, wind speed and direction, vertical air motions, etc. at some short time in the future (say, a couple of minutes) at many points in its domain. The model then takes those predictions and calculates values for the next forecast time (perhaps a couple more minutes into the future), and on and on, until the model run ends. Models making very detailed predictions over small domains may only make forecasts a day or so into the future, while larger domain models, like global models, may make predictions ten days or more into the future. Even with the computers performing quadrillions of calculations per second, a global weather model usually takes a few hours to complete its run.

The end result of all this mathematical manipulation can be quite astounding, and (usually) useful. Yes, even oversimplified models often provide realistic results (even if they're not completely correct). For a non-weather example, check out the numerical simulation below, which is based on a set of equations that describe how simple water waves behave. These equations are used to simulate water in a square, imaginary "bathtub." The waves that you see are generated by an occasional "drip" that splashes down to the surface and sends ripples bounding off the sides of the tub. Looks pretty realistic, doesn't it?

This simulation uses the shallow water wave equations to model ripples in an imaginary, square "bathtub." Notice how each "drip" causes circular waves which reflect off the sides of the container and create realistic wave patterns.
Credit: Dan Copsey, Wikimedia Commons

Similar wave models can even be used to predict the evolution of waves in the ocean, like this animation showing a tsunami that devastated Japan on March 11, 2011. Not surprisingly, it takes a more complex model to predict the evolution of a tsunami in the ocean (with varying water depths, shapes of coastlines, etc.) compared to a simple square "bathtub." If you watched the animation, you can attest to how intricate the modeled wave pattern became!