The Need for Regulation of Emissions

The Need for Regulation of Emissions

One might wonder if there is a need for any kind of government regulation in order to curb emissions of carbon dioxide. Some people are of the opinion that there is already too much regulation and that these kinds of problems can just take care of themselves. Isn't it enough that we all recognize that to avoid the damages from climate change, we need to reduce our emissions of greenhouse gases?

The Tragedy of the Commons

The problem here is a lack of economic incentive in dealing with an entity like the global atmosphere that is shared by all and owned by none. This problem has been recognized for a long time, but was first made popular by an ecologist, Garrett Hardin, in 1968 and is commonly known as "The Tragedy of The Commons." Below is a video that describes the essence of this idea.

Video: The Tragedy of The Commons: Learn Liberty (3:19)

Click here for a transcript of the tragedy of the commons: Learn liberty video.

The tragedy of the Commons is a concern among biologists and social scientists alike. I'd rather refer to this as the problem of open access resources. In short, the tragedy that Commons occurs because each user receives direct benefit of using the resource, but only bears a fraction of the cost of its exploitation. So, examples abound. I mean, it could be African elephants that are near extinction. It could be Amazon rainforest deforestation. It could be overfishing of many of the fisheries worldwide. It could be overfishing in the pond, say right here. The idea behind this has been around for many years. But Garrett Hardin, in his 1968 piece in Science, was the first to bring this to the forefront, about the time that the environmental movement began planning its first Earth Day. In Garrett Hardin’s example, he presents us with an open-access pasture. Anyone who wants to can bring their cattle to graze. Each rancher's goal is to maximize his or her private benefit. Every Rancher has the incentive to bring more and more cattle to the pasture because they receive the direct benefit of grazing their cattle there. Unfortunately, they only bear a fraction of the cost of the over-exploited pasture, so they're going to continue to add cow after cow until the pasture is over-grazed and destroyed and no longer usable as pasture land. In other words, their individual incentive invites overall ruin. For even if they recognize that the pasture is being exploited, somebody else will bring a cow if they don't, and so, they will continue to do so. It's not that they don't know the asset is being exploited, it's that if they wait and try to delay, it'll just be exploited by somebody else. The large issue here is there's a lack of excludability. The ranchers have no way of stopping others from adding cattle to the pasture. In his piece, Garrett Hardin suggested two main ways to go about solving the tragedy of the Commons. The first is through privatization or private ownership. The second is through public ownership or government ownership. So, whenever we have public ownership, I mean, one of the benefits is that we still all share the collective rights of this asset. This is one of the reasons why we have the National Park System, to protect natural open space at Yosemite and the beauty of Yellowstone and things of that nature. But one of the problems with public ownership is that the decision makers don't bear the cost of their actions, nor do they receive additional value from any good decisions they make. For instance, imagine if you're a park ranger and you find some innovative way to reduce large forest fires, that adds value to the park itself. You don't receive the direct benefit of your decisions. You and your staff are not going to receive large pay raises are not going to receive the large stream of value that comes from that decision. However, private ownership does solve this problem. With private ownership, the decision-maker bears the direct cost of their actions and so from any poor decision they're going to bear the costs. But any positive, innovative decision, they'll receive the benefits. So, if you are a ranger or a park owner who found this innovative way to solve the problem with forest fires, then you would receive the stream of value from that good decision. There's not a silver bullet to the problem of open access Resources. There's not a one-size-fits-all strategy. But we do know that limiting access and ensuring that decision-makers bear the costs of their actions, allows us to address key concerns with open access resource problems.

Hardin's concept is fairly simple, and he illustrated it with a kind of parable, as described in the video. Suppose there is a common piece of grassland in a village — the commons — and it is owned by no one but is available for all to use. These commons still exist in many areas, such as the village of Comberton in England. 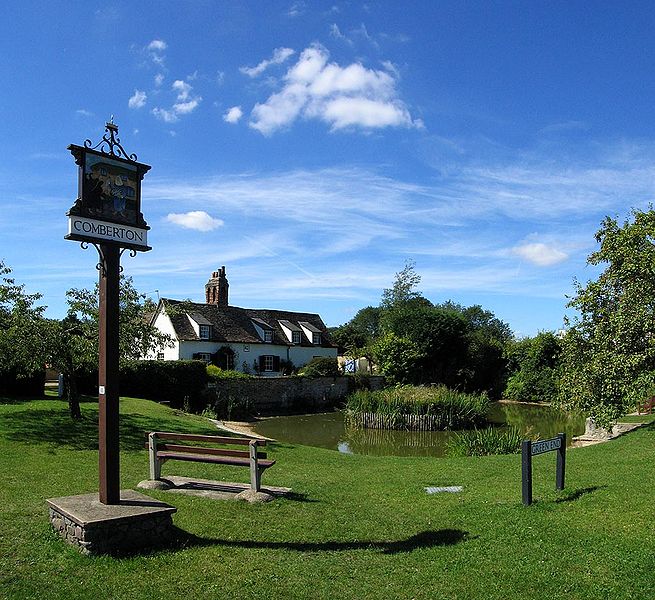 In most cases, the use of the commons is regulated by the community, but in this case, we'll pretend there are no regulations. People start to graze their sheep on this nice grass and they benefit from that. Based on the size of the field and the rate of grass growth, there is a carrying capacity for the field — the maximum number of sheep the field can support in a sustainable manner. If you put more sheep on the land than the carrying capacity, the resource will dwindle and eventually disappear altogether and, at that point, it will be of no use to anyone. But as long as there is any grass at all, it is to each individual's benefit to continue to place new sheep in the field. So, overgrazing is inevitable in this case, and the common resource is depleted. There are many documented examples of this kind of occurrence, and they all are related to cases where there an open-access resource available to everyone.

How can this tragedy of the commons be avoided? One way would be for the community to impose a cap-and-trade system on grazing. Here is how it could work. The community studies the problem and figures out what the carrying capacity of the field is in terms of the number of sheep. Then they allocate grazing share equally to everyone in the community. Community members can buy and sell these shares so that if someone does not want to deal with sheep, they can still benefit from the common resource by selling their shares to someone who is willing to graze more sheep. The shares would be re-allocated each year in case the carrying capacity changed. Another approach might be for the community to sell the land to individuals and then let each individual farmer manage their own plot of land, in which case they would have an economic incentive to manage their land in the best way possible, avoiding the overgrazing problem. The community might place some restrictions on what the owners could do with the land, like preventing them from putting up apartment buildings or a feedlot; this would effectively be like the zoning regulations that most communities have.

The point to take away from this is that when you have a commonly held resource with open access, everyone has to act together in a coordinated, regulated way in order to avoid depleting or damaging the resource and ensuring that the resource serves the best interests of everyone affected by the resource. In the case of carbon dioxide emissions into the atmosphere, the best interests of everyone can only be served if there is some form of a regulatory plan; otherwise, we will succumb to the tragedy of the commons. Furthermore, the reduction of carbon dioxide emissions has to be coordinated so that each country has confidence that if they do their part, the other countries will do their parts and the global concentration of CO2 will stabilize or even become lower. This has, in principle, already been done and agreed upon by most of the countries of the world through the Kyoto Protocol — the US is the only significant holdout.

‹ Modeling the Economics of Climate Change up Agriculture ›