A Few Words about Accuracy

When planning a GPS/GNSS survey one of the most important parameters is the accuracy specification. A clear accuracy goal avoids ambiguity both during and after the work is done. First, it is important to remember that there is a difference between precision and accuracy. One aspect of precision can be visualized as the tightness of the clustering of measurements; the closer the grouping the more precise the measurement. Accuracy, on the other hand requires one more element. It has to have a truth set. For example, the truth in illustration for A, B and C is the center of the target - without that accuracy is indefinable. In other words, accuracy is not determined by measurement alone. There must also be a standard value or values involved. is through the comparison of the measurements with such standard values that the outcome of the work can be found to be sufficiently near the ideal or true value, or not. 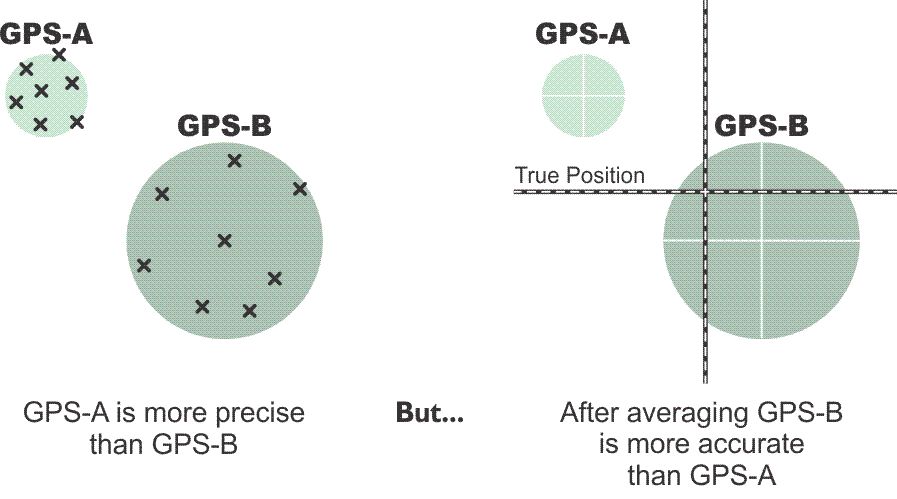 For example, on the left in the illustration it may seem at first that the average of the measurements in the GPS-A group are more accurate than the average of those in GPS-B because the GPS-A group is more precise. However, when the true position is introduced on the right it is revealed that the GPS-B group’s average is the more accurate of the two, because accuracy and precision are not the same. When it comes to accuracy there are other important details too. Local accuracy and network accuracy are not the same. As mentioned earlier local accuracy, also known as relative accuracy, represents the uncertainty in the positions relative to the other adjacent points to which they are directly connected. Network accuracy, also known as absolute accuracy, requires that a position’s accuracy be specified with respect to an appropriate truth set such as a national geodetic datum. Differentially corrected GPS/GNSS survey procedures which are tied to CORS stations, which represent the National Spatial Reference System of the United States, provide information from which network accuracy can be derived. However, autonomous GPS/GNSS positioning, that is a single receiver without augmentation is not operating relative to any control, local or national. In that context it is more appropriate to discuss the precision of the results than it is to discuss accuracy. 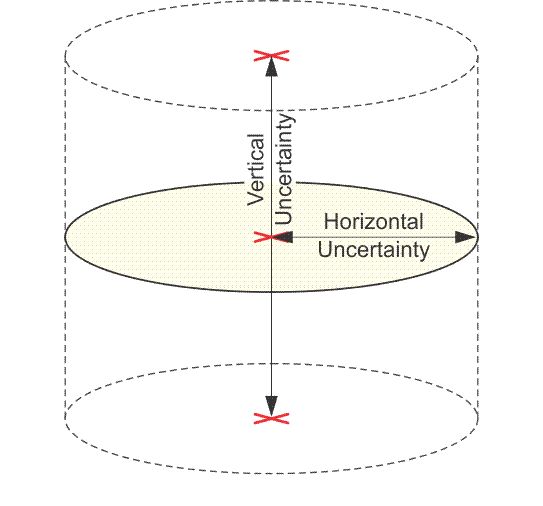 It is typical for uncertainty in horizontal accuracies to be expressed in a number that is radial. The uncertainties in vertical accuracies are given similarly but they are linear, not radial. In both cases the limits are always plus or minus (±). In other words, the reporting standard in the horizontal component is the radius of a circle of uncertainty, such that the true location  of the point falls within that circle at some level of reliability, i.e. 95-percent of the time. Also, the reporting standard in the vertical component is a linear uncertainty value, such that the true location of the point falls within ± of that linear uncertainty to some degree of reliability. GPS positioning it is reasonable to expect that the vertical accuracy will be about 1/3 that of horizontal accuracy. If the absolute horizontal accuracy of a GPS position is ±1m then the estimate of the absolute vertical accuracy of the same GPS position would be ~±3m. 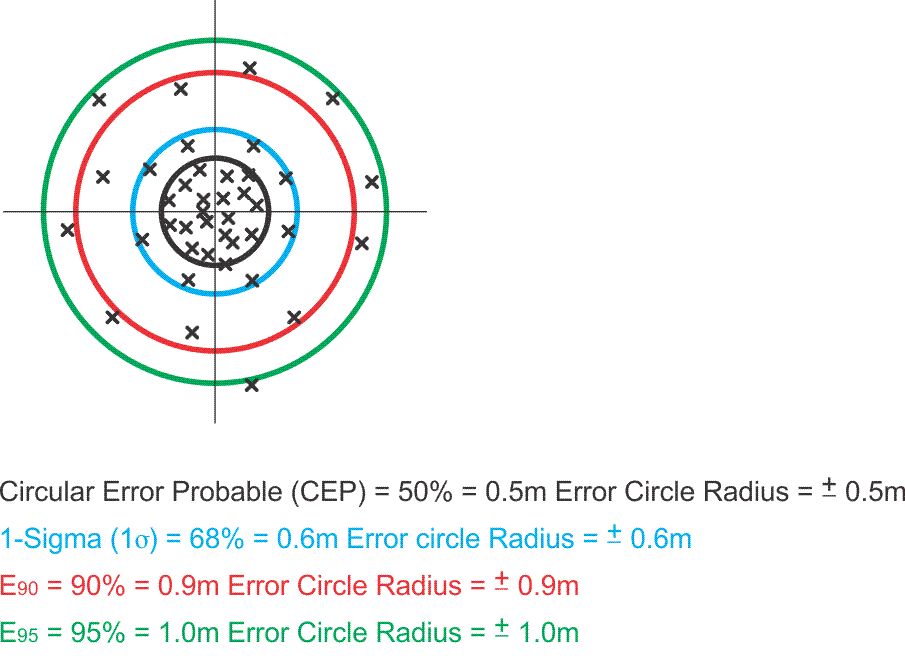 Here is bit more on horizontal accuracy. The illustration shows a spread of positions around a center of the range. As the radius of the error circle grows larger the certainty that the center of the range is the true position increases (it never reaches 100%).

It is not correct to say that every job suddenly requires the highest achievable accuracy, nor is it correct to say that every GPS/GNSS survey now demands an elaborate design. In some situations, a crew of two, or even one surveyor on-site may carry a GPS/GNSS survey from start to finish with no more planning than minute-to-minute decisions can provide, even though the basis and the content of those decisions may be quite different from those made in a conventional survey. 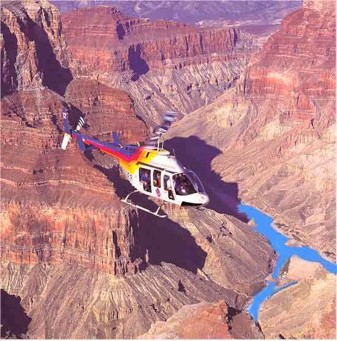 In areas that are not heavily treed and generally free of overhead obstructions, sufficient accuracy may be possible without a prior design of any significance. But while it is certainly unlikely that a survey of photocontrol or work on a cleared construction site would present overhead obstructions problems comparable with a static GPS/GNSS control survey in the Rocky Mountains, even such open work may demand preliminary attention. For example, just the location of appropriate vertical and horizontal control stations or obtaining permits for access across privately owned property or government installations can be critical to the success of the work. An initial visit to the site of the survey is not always possible. Today, online mapping browsers are making virtual site evaluation possible as well. Topography as it affects the line of sight between stations is of no concern on a static GPS/GNSS project, but its influence on transportation from station to station is a primary consideration. Perhaps some areas are only accessible by helicopter or other special vehicle. Initial inquiries can be made. Roads may be excellent in one area of the project and poor in another. The general density of vegetation, buildings, or fences may open general questions of overhead obstruction or multipath. The pattern of land ownership relative to the location of project points may raise or lower the level of concern about obtaining permission to cross property. It is now relatively easy to do GPS/GNSS surveying, that is when everything works the way it's supposed to. However, if there are going to be troubles like access to the points, overhead obstructions, work in trees, or helicopter transport, planning needs to be part of the process.