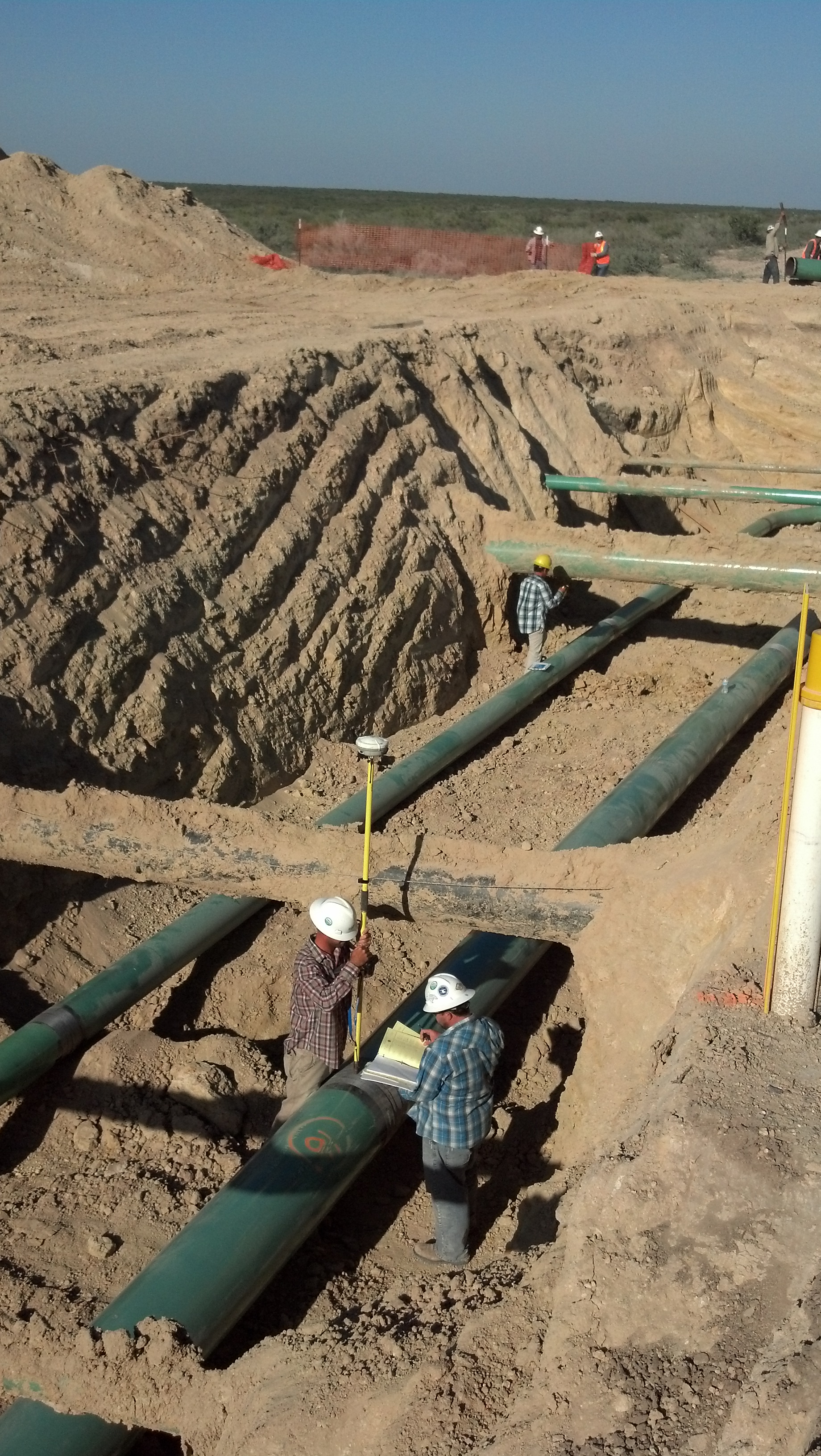 The prospects for the success of a GPS/GNSS project are directly proportional to the quality and training of the people doing it. The handling of the equipment, the on-site reconnaissance, the creation of field logs, and the inevitable last-minute adjustments to the survey design all depend on the training of the personnel involved for their success. There are those who say the operation of GPS/GNSS receivers no longer requires highly qualified survey personnel. That might be true if effective GPS/GNSS surveying needed only the pushing of the appropriate buttons at the appropriate time. In fact, when all goes as planned, it may appear to the uninitiated that GPS/GNSS has made experienced field surveyors obsolete. But when the unavoidable breakdowns in planning or equipment occur, the capable people, who seemed so superfluous moments before, suddenly become indispensable. Also, the full range of conventional surveying equipment and expertise have a place in GPS/GNSS. For some, their role may be more abbreviated than it was formerly, but one element that can never be outdated is good judgment. 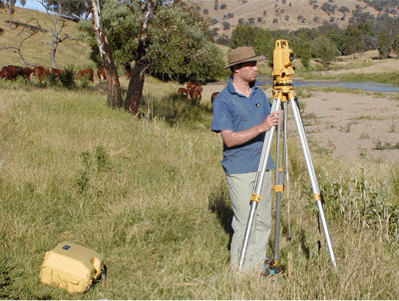 Most GPS/GNSS projects require conventional surveying equipment for spirit-leveling circuits, offsetting horizontal control stations, and monumenting project points, among other things. It is perhaps a bit ironic that this most advanced surveying method also frequently has the need of the most basic equipment. The use of brush hooks, machetes, axes, and so forth, can sometimes salvage an otherwise unusable position by removing overhead obstacles. Another strategy for overcoming such hindrances has been developed using various types of survey masts to elevate a separate GPS/GNSS antenna above the obstructing canopy. Flagging, paint, and the various techniques of marking that surveyors have developed over the years are still a necessity in GPS/GNSS work. The pressure of working in unfamiliar terrain is often combined with urgency. Even though there is usually not a moment to spare in moving from station to station, a GPS/GNSS surveyor frequently does not have the benefit of having visited the particular points before. In such situations, the clear marking of both the route and the station during reconnaissance is vital. Despite the best route marking, a surveyor may not be able to reach the planned station, or, having arrived, finds some new obstacle or unanticipated problem that can only be solved by marking and occupying an impromptu offset position for a session. A hammer, nails, shiners, paint, and so forth are essential in such situations. 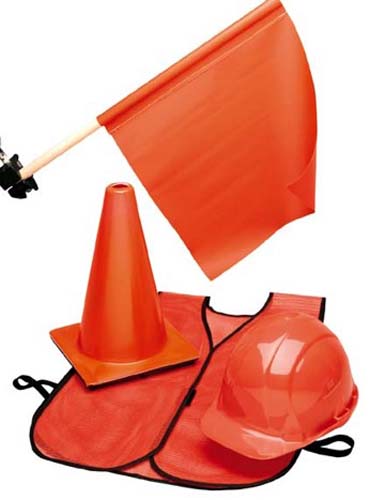 The high-visibility vests, cones, lights, flagmen, and signs needed for traffic control cannot be neglected in GPS/GNSS work. Unlike conventional surveying operations, GPS/GNSS observations are not deterred by harsh weather. Occupying a control station in a highway is dangerous enough under the best of conditions, but in the midst of a rainstorm, fog, or blizzard, it can be absolute folly without the proper precautions. And any time and trouble taken to avoid infraction of the local regulations regarding traffic management will be compensated by an uninterrupted observation schedule.

Whether the equipment is handheld or vehicle mounted, two-way radios and cell phones are used in most GPS/GNSS operations. However, the line of sight that is no longer necessary for the surveying measurements in GPS/GNSS is sorely missed in the effort to maintain clear radio contact between the receiver operators. A radio link between surveyors can increase the efficiency and safety of a GPS/GNSS project, but it is particularly valuable when last-minute changes in the observation schedule are necessary. When an observer is unable to reach a station, or a receiver suddenly becomes inoperable, unless adjustments to the schedule can be made quickly, each end of all of the lines into the missed station will require reobservation. The success of static GPS/GNSS hinges on all receivers collecting their data simultaneously. However, it is more and more difficult to ensure reliable communication between receiver operators in geodetic surveys, especially as their lines grow longer. High-wattage, private-line FM radios are quite useful when line of sight is available between them or when a repeater is available. The use of cell phones may eliminate the communication problem in some areas, but probably not in remote locations. Despite the limitations of the systems available at the moment, achievement of the best possible communication between surveyors on a GPS/GNSS project pays dividends in the long run.

The information every GPS/GNSS observer carries throughout a project ought to include emergency phone numbers; the names, addresses, and phone numbers of relevant property owners; and the combinations to necessary locks. Each member of the team should also have a copy of the project map, any other maps that are needed to clarify position or access, and, perhaps most important of all, the updated observation schedule. The observation schedule for static GPS/GNSS work will be revised daily based upon actual production. It should specify the start–stop times and station for all the personnel during each session of the upcoming day. In this way, the schedule will not only serve to inform every receiver operator of his or her own expected occupations, but those of every other member of the project as well. This knowledge is most useful when a sudden revision requires observers to meet or replace one another.

This page shows an observation schedule for a static control survey. And as you see here, the sessions are numbered as to when they start and when they stop. And then the receiver A, B, C, and D is shown and what station they are to be on and what they are to do when they move from one to another. This sort of a log is necessary when static surveying is done. Because, of course, the constellation needs to be observed simultaneously with GPS/GNSS receivers occupying the points here.

For example, receiver A on Station One, receiver B on Station Three, C on eight, and D on 13 and Session One need to be at that position beginning at 7:10 and stopping at 8:10 so that we will have a full hour of simultaneous observations on those stations. Then some reset and stay at the same place, and others move on to another station. For example, one and three reset, and Station 8 and 13 move. Station 8 moves to Station 2, Station 13 moves to Station 4. And then, of course, there's a half an hour given there for that move. And at 8:40, they all power up and observe till 9:50. This gives you an idea of how it is necessary to have the information of this well in hand when one does the work.  This observation schedule can be revised, of course, if the observations don't go as planned. It should specify start and stop times. In this way, the schedule will not only serve to inform every receiver operator of his or her own expected occupations, but those of every other in the project as well. This is useful, sometimes, when unexpected occurrences cause a change in the schedule.

‹ Finding the Number of Sessions up Station Data ›