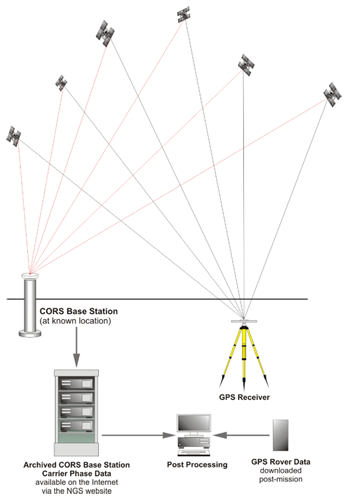 The requirement to occupy physical geodetic monuments in the field can be obviated by downloading the tracking data available online from appropriate continuously operating reference stations (CORS) where their density is sufficient. These stations, also known as Active Stations, comprise fiducial networks that support a variety of GPS/GNSS applications. While they are frequently administered by governmental organizations, some are managed by public-private organizations and some are commercial ventures. The most straightforward benefit of CORS is the user’s ability to do relative positioning without operating his own base station by depending on that role being fulfilled by the network’s reference stations. While CORS can be configured to support differential GPS (DGPS) and real-time kinematic (RTK) applications, as in Real-Time Networks, most networks constantly collect GPS/GNSS tracking data from known positions and archive the observations for subsequent download by users from the Internet.

These days it is quite possible to not have to occupy an existing brass tablet, brass cap, such as indicated on this NGS data sheet. The reason for this is because of the continuously operating reference stations that have been established by the National Geodetic Survey are very useful. These active stations are a network and the most straightforward benefit is that a user can do relative positioning without operating his own base station and by depending on the CORS station, which as you see in this illustration downloads its reference information from tracking the GPS/GNSS network to an archived base station that is available on the Internet. You can access this and then combine it with the GPS/GNSS data that you have collected and post process for a differential, position a relative position, without having to occupy an existing control point on the ground. 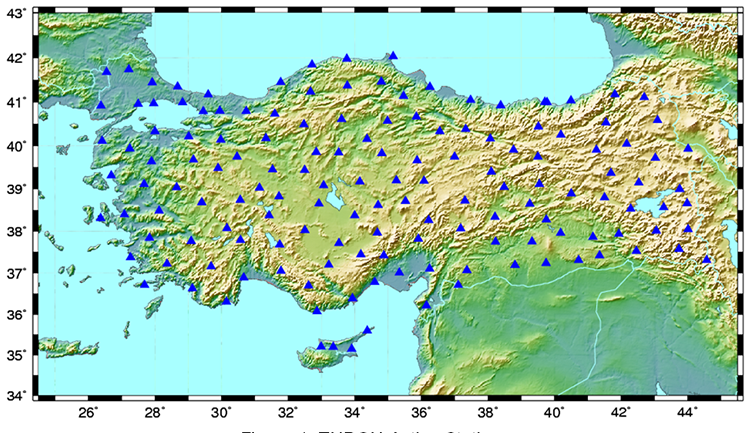 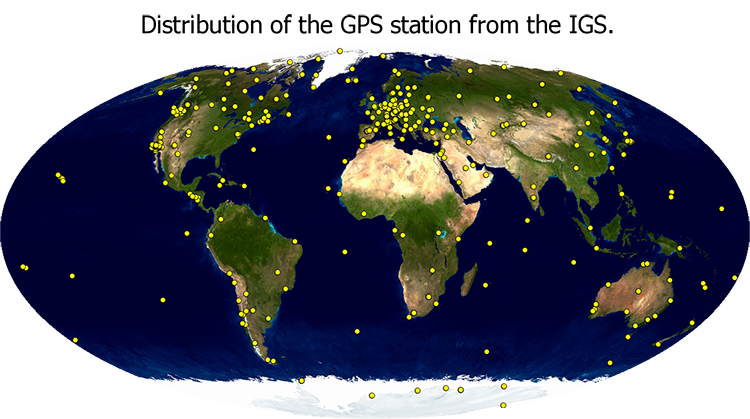 In many instances the original impetus of a network of CORS was geodynamic monitoring as illustrated by the GEONET established by the Geographical Survey Institute, GSI, in Japan after the Kobe earthquake. Networks that support the monitoring of the International Terrestrial Reference System, ITRS have been created around the world by the International GNSS Service, IGS, which is a service of the International Association of Geodesy and the Federation of Astronomical and Geophysical Data Analysis Services originally established in 1993. The United States is by no means the only place in which such networks exists. 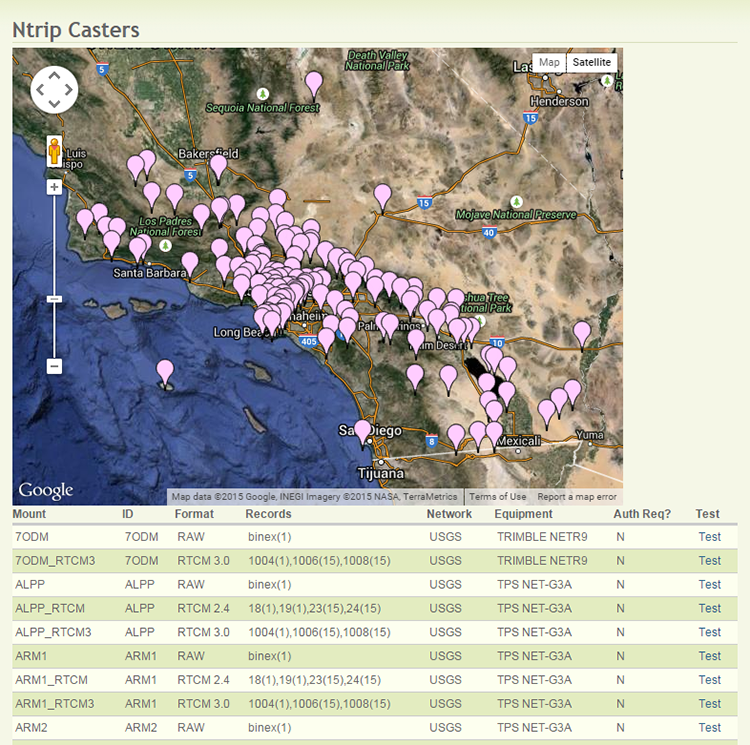 Here is an illustration of the Southern California Integrated GPS/GNSS Network, SCIGN is a network run by a government-university partnership. More and more of these networks are appearing across the United States, sometimes on a statewide basis, county basis, and other regional designations. These continuously operating stations occupy a known position and then track the full constellation of GPS/GNSS satellites continuously. Then this data is made available, sometimes with a subscription cost, but in the case of NGS for free, and it is available then to do differential positioning of static GPS/GNSS sessions.