We’ll start with some striking images taken by glaciologists around the world — these are photos of mountain glaciers taken from the same spot at different times, and they provide us with some fairly shocking observations on just how much glaciers can change and have done so recently.

For another Alaskan example, we turn to satellite imagery of Columbia Glacier, which obviously does not reach back into time as far, but nevertheless, there are some dramatic changes evident here: 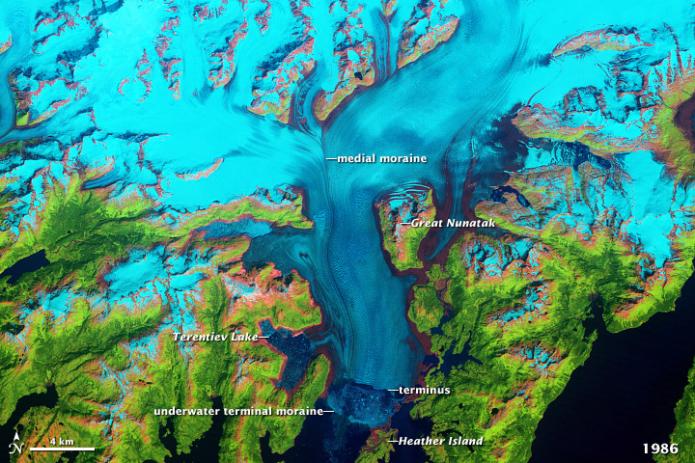 The above scene is from 1986, and at this point in time, the end of the glacier (terminus) is located down near the bottom of the image. Below, we jump forward in time to 2011: 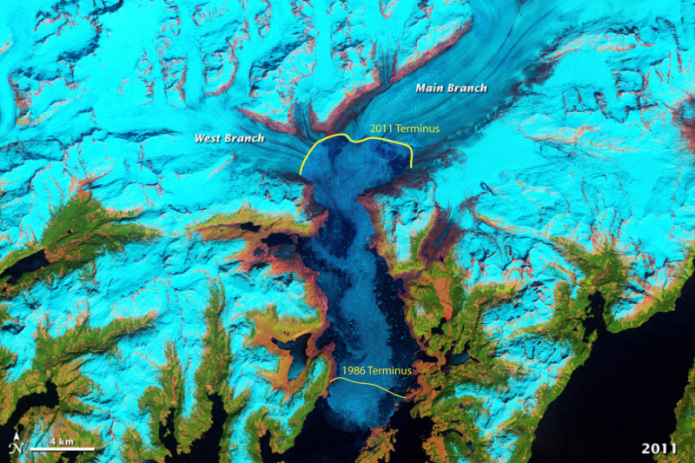 As you can see, the terminus here has retreated by about 15 km in just 25 years — a very impressive rate. 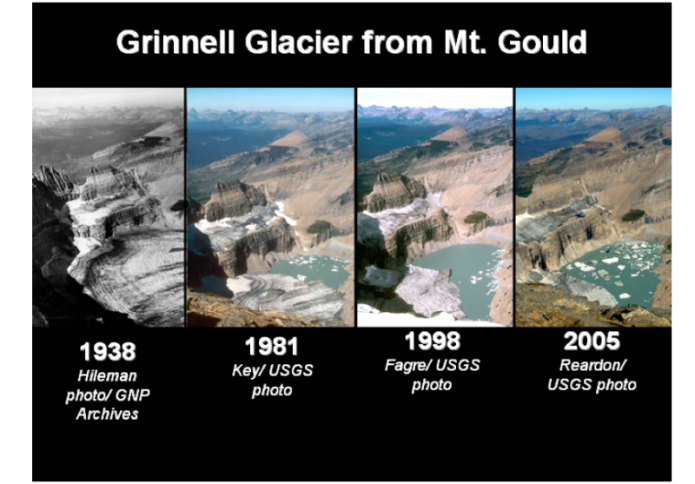 Grinnell Glacier, in Glacier National Park, Montana, as seen from the same vantage point over a 67 year period. The glaciers in this famous national park are all in such rapid retreat that the park may need a new name in a few decades.

Glaciers in the Alps are shrinking too. Check out SwissEduc Glaciers online to see one good example — at the bottom of the page is a comparison that flips back and forth from the past to the present as you move your mouse over the image.

The same story as seen in Alaska, Montana and the Alps holds for glaciers in more tropical settings, as can be seen from the images of Qori Kalas glacier in the Andes Mountains of Peru, below.

The retreat of the Qori Kalas glacier in the Andes Mountains of Peru 1978 to 2004
Credit: Lonnie Thompson and the National Snow and Ice Data Center, University of Colorado, Boulder. 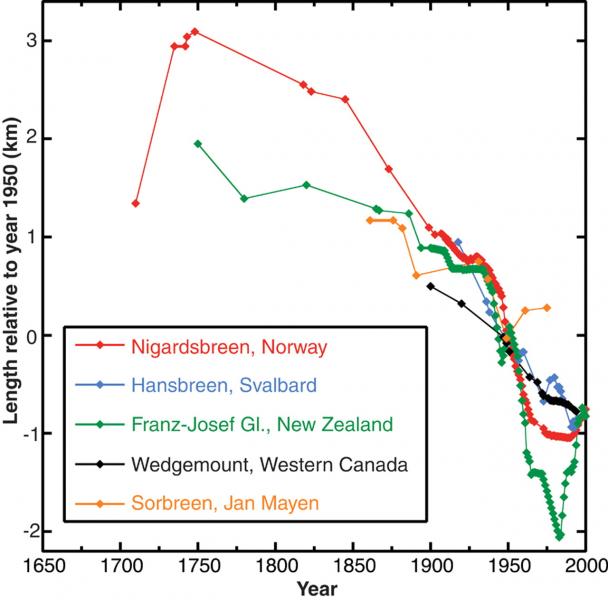 This figure shows examples of glacier length records from different parts of the world. Data points are scarce before 1900; after 1900 a considerable number of records have an annual resolution. Data from Oerlemans, 2005, Science, v. 308, p. 675.
Credit: Robert Rohde

If you combine the records of glacier length changes from around the world into one graph, we can get a pretty clear idea of what is happening. 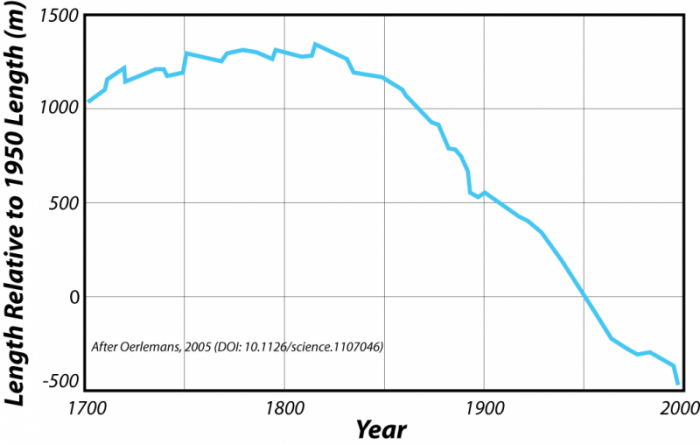 Change in the average length of all glaciers around the world
Credit: Figure adapted from Oerlemans, 2005

On the graph above, the y-axis plots the length of the glaciers relative to their length in 1950 — so this is a kind of length anomaly. A positive number means that on average, glaciers were longer than they were in 1950; negative numbers mean they were shorter. Here, we can see that beginning around 1850, glaciers around the world begin to shrink, and this trend continues to the present. The average glacier has retreated almost 2 kilometers in this time.

It is possible to estimate the magnitude and history of temperature change needed to produce this history of glacial retreat, and Oerlemans (2005) did this using a simple model; the results are shown below. 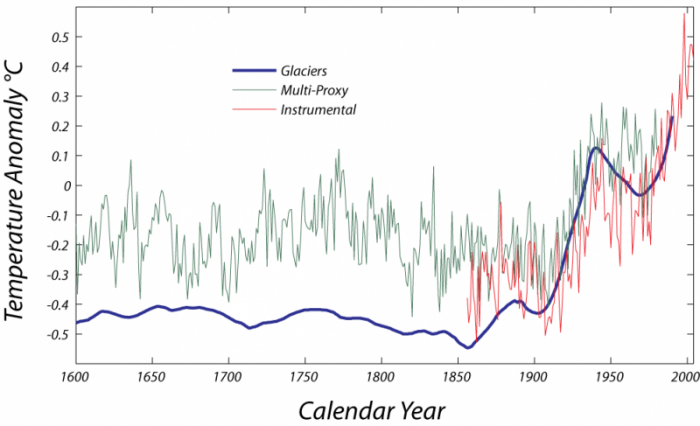